(Being an open memorandum by the Lower Niger Congress (LNC) to the “South-East Restructuring Summit” in Awka slated for May 21, 2018, by Ohanaeze Ndiigbo)

As a general caveat, let me state upfront that all demands for the Restructuring of Nigeria are fueled by the Self-determination desires of the constituent components of Nigeria.

Let me also posit that “Restructuring”, as being currently canvassed, basically means the reconfiguration and reconstruction of the constitutional architecture of Nigeria to revert back to the federation it was designed to be at inception.

Accordingly, it follows that Restructuring is not coterminous with Self-determination, rather the former is only one of the means for attaining the latter.

It also goes, without saying, that Restructuring may deliver varying degrees of autonomy to the constituent components of Nigeria, ranging from a federation to a confederation or a non-federation depending on when and how it is undertaken, and more importantly, on what quantum of goodwill to federate that still remains amongst the entrapped ethnic nationalities in the failed Lugardian experiment of 1914 called “Nigeria”.

The crux of the disputations between the proponents of “Restructuring” in Eastern Nigeria and the proponents of “Self-determination” have to do with the process by which the fundamental constitutional reconfiguration envisaged by each side shall be enacted.

The “Restructuring” proponents are canvassing a process that premise the changes they seek upon “Amendments to the 1999 Constitution”, while the Self-determination proponents insist that the changes being sought cannot be predicated on amendments to the 1999 Constitution as that leaves the entire transaction (and so the fate of the peoples of Eastern Nigeria) in the hands of the same Caliphate-led “rest of Nigeria” which had imposed the said master-servant constitution in place today. This legal document contrived the so-called “majority at the National Assembly” and perpetually reduced the Igbo to the negligible political minority it has become, especially in the country’s parliament.

(Only fools would have sought to cure the South African apartheid by amendments in a Boers-controlled parliament, back in the day). 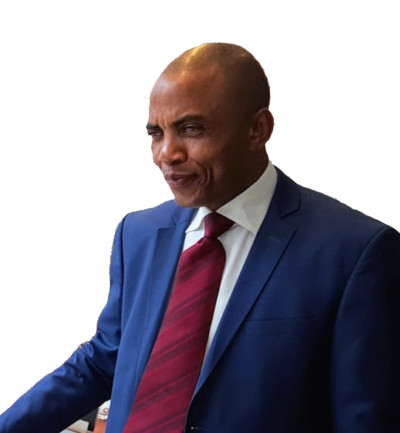 It is within this context that what may be reckoned by the untrained eye to be a minor procedural difference in the means of reaching the same destination of Igbo redemption is now assuming the status of an irreconcilable disagreement between the “Restructurists” and the “Self-determinists” of Eastern Nigeria.

This irreconcilable disagreement has already claimed its first heavy casualty in the form of a recently futile Ohanaeze attempt, via a committee it set up, to railroad Ndiigbo into the Restructuring-by-Amendments blind alley.

In towing the Restructuring-1st approach, as it currently does, I am afraid that Nzuko Umunna is setting itself up next-in-line after Ohanaeze on a sure path to perdition. This would be most unfortunate.

Unless a Referendum in Eastern Nigeria proves otherwise, it is the contention of the LNC, as it is of ADF and the recent opinion poll on the subject commissioned by the GIA, that the overwhelming majority of the Igbo populace prefer Self-determination from a Nigeria that has not only failed them but also has become a toxic liability. They see their future locked down and sprinkled with their own blood for sport all over again after the 1967-1970 episode that consumed 3.5 million of our kith and kin in the killing fields of “Biafra.”

A little historical background to this Self-Determination versus Restructuring debate might help to guide and better inform the younger generation reading this.

The Aburi sovereign conference and the resultant Accord of January 1967 were the spirited quest and commitment by the Eastern Region and rest of the country to restructure the then flailing Federation of Nigeria, with the hope to resuscitate and bring it back, once more, to be a proper federation.

Upon return from Ghana, however, the Gowon-led Lagos ruling junta reneged on the Aburi Accord, which expressly ruled out the use of force, by any side, in the resolution of the constitutional dispute that had arisen from the killings and disruptions of 1966 and went ahead to deploy massive military force, in genocidal proportions, to ensure the return of breakaway Eastern Region to Nigeria by conquest.

The Biafran currency was confiscated from the embattled Easterners; their properties were declared abandoned and confiscated. The monies confiscated from them were warehoused by the then Finance Minister, Chief Awolowo and used to drive the Indigenization Decrees of the early 1970’s, just to ensure the complete pauperization of the East.

A thick glass ceiling was placed on Easterners in the public service, military and other opportunity spheres of the Federal Government of Nigeria which had become a master-servant reality for the East since January 1970.

Between 1975 and 1999, the all-conquering one-Nigeria military, economic and political alliance in the 1967-1970 Civil War imposed the 1979/1999 Constitutions by which the master-servant terms of the current Nigerian unitary state were codified and made permanent.

This vice grip of constitutional subjugation and policy suppression of Eastern Nigeria were succinctly encapsulated by the words of Lamido Sanusi Lamido, the immediate past Governor of the Central Bank of Nigeria and now, the Emir of Kano, when he declared in a public lecture in 1999, that:

“The Northern bourgeoisie and the Yoruba bourgeoisie have conspired to keep the Igbo out of the scheme of things. They have been defeated in war, rendered paupers by monetary policy fiat, their properties declared abandoned and confiscated, kept out of strategic public-sector appointments, and deprived of public services. Rest of the country forced them to remain in Nigeria and has continued to deny them equity. Our present political leaders have no sense of history. There is a new Igbo man who was not born in 1966 and neither knows nor cares about Nzeogwu and Ojukwu. There are Igbo men on the streets who were never Biafrans. They were born Nigerians and are Nigerians, but they suffer because of the actions of earlier generations. They would soon decide that it is better to fight their own war and maybe find an honorable peace than to remain in this contemptible state in perpetuity. The Northern bourgeoisie and the Yoruba bourgeoisie have exacted their pound of flesh from the Igbo. For one Sardauna, one Tafawa Balewa, one Akintola and one Okotie-Eboh, hundreds of thousands have died and suffered. If this issue is not addressed immediately, no conference will solve Nigeria’s problems.”

1999 Constitution was written under the direction of General Abdulsalami Abubakar who, subsequently, put the document into effect through the issuance of Military Decree No 24 of 1999.

Nearly 50 years after the issues tackled in Aburi, which degenerated to the 1967-1970 War, and which remain the basis of the punitive constitutional and policy impositions against the East, the younger generation of Eastern Nigeria, roused themselves and took up the gauntlet determined to cast off the yoke of enslavement imposed upon the East by their supposed fellow Nigerians.

The overwhelming majority of this younger generation insists on the exercise of their universal right to Self-determination as Eastern Nigerians.

In this push towards Self-determination in Eastern Nigeria, there is a largely uncharted but boisterous Biafra-or-death campaign championed by the IPOB. There is the more orderly MASSOB. Both seek what they describe as “Biafra Restoration” and “Biafra Actualization”, respectively.

But there is also the Lower Niger Congress (LNC) which has in place a structured, methodological template, designed to deliver the Self-determination objective of the target territory and population via a Referendum.

It is pertinent to note that both MASSOB and a wing of the IPOB already adopted the LNC Referendum Template publicly.

Mindful of the history of the brutal dealings of unitary Nigeria with the Eastern Region over the preceding decades, the LNC co-initiated an outreach arm called the Movement for New Nigeria (MNN) by which it effectively neutralized and rendered the 1967 criminal alliance against the Eastern Region impotent.

The success of this MNN alliance outreach strategy, initiated since 2003, is evidenced by the emergent consensus among the non-Caliphate rest of Nigeria to isolate and quarantine the belligerent 12-state feudalist Sharia-loving contiguous territory of the Arewa North. This stratagem also completely shuts out the option of the kind of 1967-1970 violence from the table, despite the state power controlled from Abuja and sundry instruments of coercion, official and unofficial, currently in the hands of Nigeria’s newly exposed minority, the Sokoto Islamic Caliphate.

Bottom line is: No War is required today, to re-establish and restore the inalienable right to Self-determination for Eastern Nigerians and sovereign control over their ancestral lands. (Call it “Independence” if you so prefer).

We also challenge the proponents of Restructuring via “Amendments” to table what new strategy they have in their hands to compel a better response or even civilized behavior by the arrogant and recalcitrant Caliphate rulers. They should also table what their answers are to unprovoked southward violent sweep by the Caliphate foot soldiers in an undisguised CONQUEST and COLONIZATION murderous campaign throughout the Middle Belt and elsewhere in the South.

If they have none, the least they must do now is to avoid standing in the way of the Self-determination drivers and their effective machinery rather than the endless scaremongering and warmongering which are the jaded tactics emanating from a totally defeated enemy.

The tragedy is that most of Eastern Nigeria thought leaders do not seem to understand the meaning and real-life implications of the final demise of unitary Nigeria. So, they continue to invest their emotion and hope on the carcass of a dead “Nigerian Federation” which expired on since 1967.