WHAT A SHAME! CRYING SHAME!!

What is supposed to be a ruse of Constitutional Amendment is going on in Nigeria’s National Assembly and enlightened people are silent. One would have thought that in view of the agitations that have plagued the country, threatening to tear it apart at the very seams, the first item for discussion ought to have been fiscal federalism based on composite nationalities within the federation. Sadly, there is no clause in the proposal that even pretends to address this issue in the least.

Rather, there are clauses changing the names of local governments and other irrelevances.

There is another clause for debate: one that makes a settler an indigene after living in a place for five years. There is no uproar. No contention.

Is there no discernment? Can’t Nigerians see? When will the enchantments wane? When will Christians wake up?

Christian communities have borne the brunt of the insurgency for upwards of ten years with escalation as the current administration took over. Many Indigenes of Christian communities have been sacked from their ancestral lands and taken over by Fulani insurgents. In many of such communities, they have already been living for more than five years! Then this bill, giving rightful lands of peaceful Nigerians to insurgents by law, finalizing the homelands that some people have been aggressively seeking for the Fulani. Haba! And the whole nation is quiet? 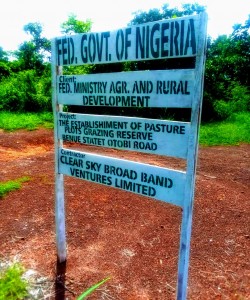 Large tracks of land were identified by Abuja-based Ministry of Agriculture as suitable location for the controversial Ruga settlement for nomadic Fulani herdsmen.

Have people sat to think about the implications of this law, if allowed, of all places, in the Constitution? Do we see the immediate implications and that for the future?

So, you’re in Lagos or Abuja, working with the government or going about your legitimate occupation, someone comes ever settle in your father’s land, stays there for five years, and claims it for himself, having by law become an Indigene. What preposterous nonsense!

Yet, there are Christians in the National Assembly! There are Christians on many elite platforms as this who would fold their hands and do nothing! Forget the Church leaders – many of whom have not only sold Christians for a pittance but are also even selling their supposed patron – Jesus Christ – in modern-day Judas’s style.

Everywhere you look, each Christian feels it is the other person who has the mandate. You’re leading a Fellowship; you don’t think you’re a leader. You’re a lawyer, called by the name of Christ and there’s neither challenge in court nor organized protests. We are professionals, professors, human rights activists and in many other fields. Yet we don’t think we know enough or qualify. We remain dismembered and without a voice yet before our eyes, illegality is being formalized. Yet our Christianity and our calling can take it. Conveniently, we look the other way! We forget that what goes around, comes around.

The lands of the defenseless are just about to be taken cruelly and illegally with the intent of making them the criminals should they at any time want to come back to claim their inheritance. They’re too dispossessed, clutching for their very lives to even know that this plot is being hatched against them. Even if they know, what can they do when the same administration that supervised their exit, in spite of being the custodians of power today,  has not thought it right and fitting to ask usurpers to vacate the usurped places that the rightful Owners may return and automatically bring an end to displacement and the IDP settlements that litter more than a dozen states in the North?

For those who may still be unconcerned and choose to be onlookers, wait until this is signed and it is then you will know the people who have targeted your ancestral lands in your village but didn’t show up. When they do and you go there, they will meet you with guns. May God let you live to tell the story.

For the Governors and others who are onlookers today, wait till this law is signed. In all the forests and Forest Reserves that you have been directing some people to move out of, they will tell you they have been living there for more than 30 years. Then they will send you to school to go and read the Constitution which they themselves cannot read. All your Amotekun and similar outfits will immediately become jobless. Is anyone seeing what I’m seeing?

Is there anyone on this platform willing to do anything? Is there anyone, willing to spread this information until there is massive awareness of the evil that is about to be perpetrated? Is there someone or a group that can be reached who will be willing to do something? Are there people who still have blood in their veins who feel revulsion at evil? Are there Christians who are not bearing that identity in word only? As you read this, are you ready to stand up and be counted and are willing to make this information to round? 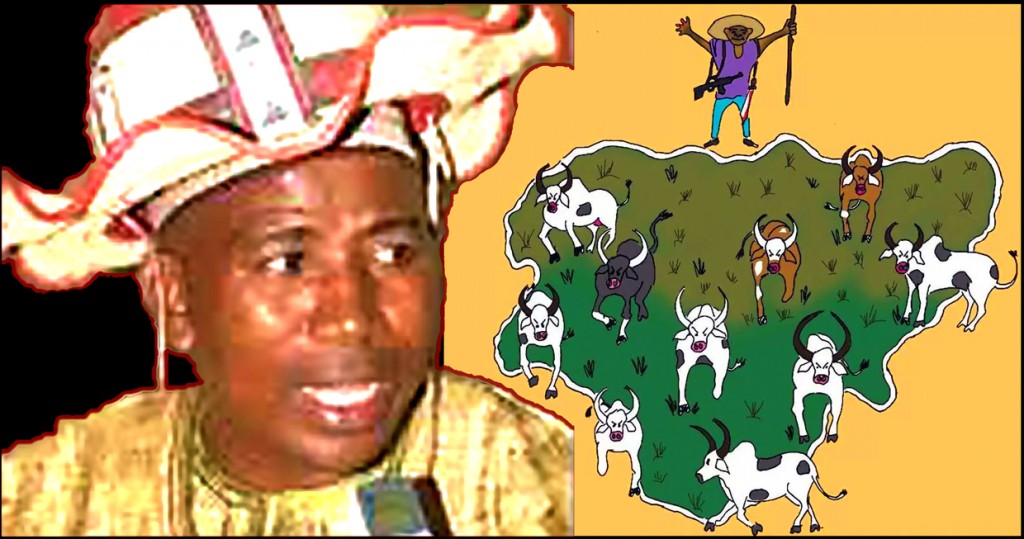 Alhaji Abdullahi Bodejo is leader of Miyetti Allah Kautal Hore, a Fulani nationalist body focused on assuring the supremacy of his ethnic nationality in a Unitary Nigeria. Kautal Hore is blamed for ordering the massacres in Benue and Taraba states. The terrorist militia under his command is accused of attackig Governor Ortom’s convoy in an assassination attempt on March 20, 2021.

My people, there is fire on the mountain!! May we arise! Evil is evil anywhere. This kind of absurdity cannot be even proposed anywhere in the world except in the jungle called Nigeria where anything goes and people remain silent!

ENOUGH SHOULD BE ENOUGH! PLEASE, LET YOUR VOICE AND CONDEMNATION BE HEARD!!!