Why I Joined IPOB: The Elite Vis-à-Vis the “Crazy Youths” 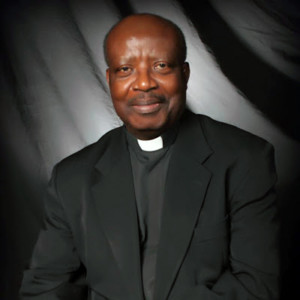 I was the senior prefect of Bishop Shanahan College (BSC) Orlu that final year and there was an important Mc’Nulty Soccer Final March between BSC and College of Immaculate Conception (C.I.C) Enugu, the two giant and prestigious colleges those days, East of the Niger. In the field of soccer competition BSC and CIC used to be great ‘enemies’. The Rev. Brother Lewis, the principal as well as the BSC soccer master or coach, just to demonstrate ‘holy disapproval’ of what was called those days ‘rough play’ and misconduct in the soccer field, did something students thought was an abomination. And on account of the principal’s action, BSC witnessed the biggest students’ riot in history.Though not the referee, Rev. Brother Lewis decided to call for the expulsion of the BSC most important brilliant defense player, aka ‘Tiger’ from the field. BSC students and soccer fans could not understand the madness of the white Scottish principal! BSC continued the march with ‘minus one player!

BSC was defeated by the visiting team and for the first time in the history of the College the students rioted, singing war songs and threatened to set buildings on fire. They went out of control and sang songs: “Lewis must go. Lewis in a criminal. Death to the Scottish pig!”

The bell for refectory went at the usual time 7.00 PM for supper. They refused to go and continued singing war songs, some carrying stones, bottles and big sticks.

All the 12 white Rev Brothers on the staff were shocked at the students’ wild behavior. I, the senior prefect, was summoned by the principal, who ordered me to collect the names of the “ring leaders’ for punishment or even for expulsion! My response? I told him he was crazy! I seriously warned the principal to stop dreaming and to get into hiding before the boys set the college on fire and grab him!! I described to him how serious the situation was, and refused to endanger my life by confronting the angry “mob”. He agreed and disappeared!

The Senior Prefect Joined the “Mob”

I joined the protesters, sang with them and cursed the principal for being our nemesis in the soccer march. The students could not believe the senior prefect joining them and not addressing them in a rough tough language! At a stage in the open field, I persuaded them to sit down on the grass. They calmly obeyed and sat down. I addressed them, telling them they were right, 100% correct! The principal was the cause of our defeat. I told them a letter, a report will be sent to the superior general of the Marist Congregation, then at Uturu Okigwe, about the strange behavior of the principal. The superior would determine how the principal would be disciplined for his strange action, if possible removed and deported to Scotland!

I carefully warned them never to damage any college property, including doors and windows. The college authorities would carry out repairs of the damages by students and our parents and sponsors would pay, together with our school fees!

They agreed and threw away their missiles. A fresh bell went for supper at about 9.00 pm and everyone rushed to the refectory and that was the end of the protest!

Point of My Story

There is no need for any further comments. But I only need to emphasize the importance of handling the youths well in such ugly situations, in college and university campus disturbances, or political protests, and not dismiss them as ‘useless mobs’. There is need to add that the principal, together with entire college authority, decided to extend my scholarship to university level (which already I had as a result of ‘whiz-kid’ evaluation test I scored high). But I left the college at the end of studies for another vocation.

What We Sow, We Reap – Leaders of Tomorrow

If adults fail to join the youths but distance themselves from youth activities, refuse to address their protests, we reap what we help to sow, name them: evils of cultism and satanic organizations, devil worship, armed robbery, kidnapping, prostitution and societal chaos. And if the youths close their eyes and ears to reasons, then the future remains bleak. If the presumed “leaders of tomorrow” fail to get the proper education and training in leadership, there are chances they may be worse than the present leaders we condemn!

The Frightening Moments of Youth Misbehavior

Youths go on rampage when adults falter and have nothing to offer. In Nigeria the news is always choking and the usual tales of scandal, bribery and corruption, embezzlement of public funds abound and the youths are not amused. But whatever the case may be there is need for the youths to confront parents and leaders who cause scandal, but not in a violent manner. 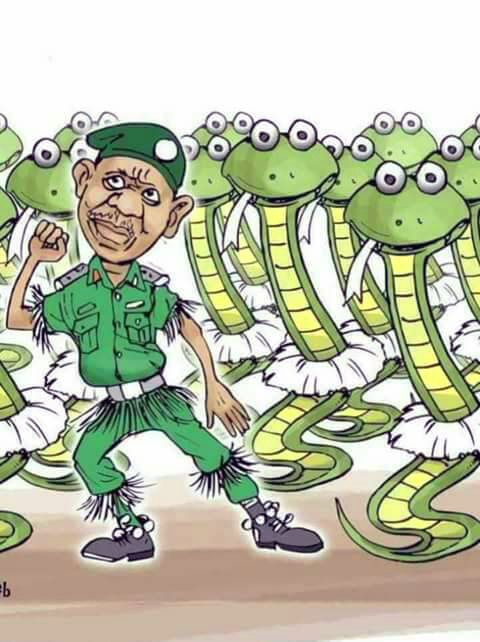 Buhari and his gunmen mobilize for the 2nd time in a row to terrorize inhabitants of the Southeast as the end-of-year season approaches.

Soldiers and police who claim to “practice Python Dance” go on rampage, and engage in violent acts of terror and torture, and practice the primitive military game on the youths, leaders of tomorrow! Grand Masters, adults, very rich and influential men in society, dispatch youths on bank robberies, kidnapping and drug trafficking missions, and behold terror, fear and trembling all over the country!

Behold how investors in Nigeria have been rolling their mats and leaving Nigeria for other West African countries, like Ghana, where there is relative security. It is now over 30 years since USA abandoned Lagos and relocated its foreign Nursing Program examination offices in Accra, Ghana. Reasons? Insecurity, examination malpractices, fraud and corrupt practices have eaten deep into the nation’s marrows! The ailment is chronic and beyond the Power of any medication

It is over 20 years now Nigeria PALM OIL products were banned for exportation to America, Europe and Asia because parents, men, women, local and national dealers, mostly on palm oil, to make quick money continued adulterating the commodities. We have continued to lose money and investors. GHANA and MALAYSIA are the major exporters of palm oil to Europe and America. Who are responsible for our economic woes? Youths or adults?

Whatever the level of the scandal by our leaders and adults, youths must realize the catastrophic consequences of the possibilities of investors completely abandoning our land on account of INSECURITY and LACK OF TRUST. American, European and Asian investors are scarred particularly by news of ARMED ROBBERY AND KIDNAPPING. The world community abandon us every day and we need to lament and ask God, why?

These are two names that have got pages and chapters in modern History of Nigeria and Biafra. It is truly ridiculous, that people are preoccupied with the news of the so-called Proscription of IPOB. Most of us didn’t know when the organization and its sister MASSOB were formed and recognized as non-terrorist organizations. What is in a name?

If there are patriotic Igbos ashamed of Nigerian union and the mistreatment of Igbos, they can re-name the group most of us have joined already. That IPOB functions properly is the first goal and not its registration in the United Nations or enshrined in the Nigerian constitution, and sooner it collapses! Funny!

As I have informed our youths in my previous write-ups, “THIS WE BELIEVE”, a popular Radio Biafra program (1967-70), directed principally by the Catholic Church and Clergy of Biafra, enunciated, proclaimed what BIAFRA WAS ALL ABOUT – the purpose of the struggle, the goal, in short, the BIAFRA “CREDO”. This is what I will be expounding here, as from my next address. Please, call the attention of your friends, and share our messages.

As I have observed earlier, there is no event since the amalgamation of the Southern and Northern Protectorates of what is Nigeria today that has brought Igbos together better than the “PYTHON DANCE”. Every Igbo, youth and adult, man and woman, especially in the DIASPORA is very angry with the Nigerian army and leadership that humiliated the entire IGBO RACE in the way our youths were treated. As I am duly informed, every Igbo have now, somehow, vowed to take all necessary steps (except armed struggle) to fight for the survival of BIAFRA. 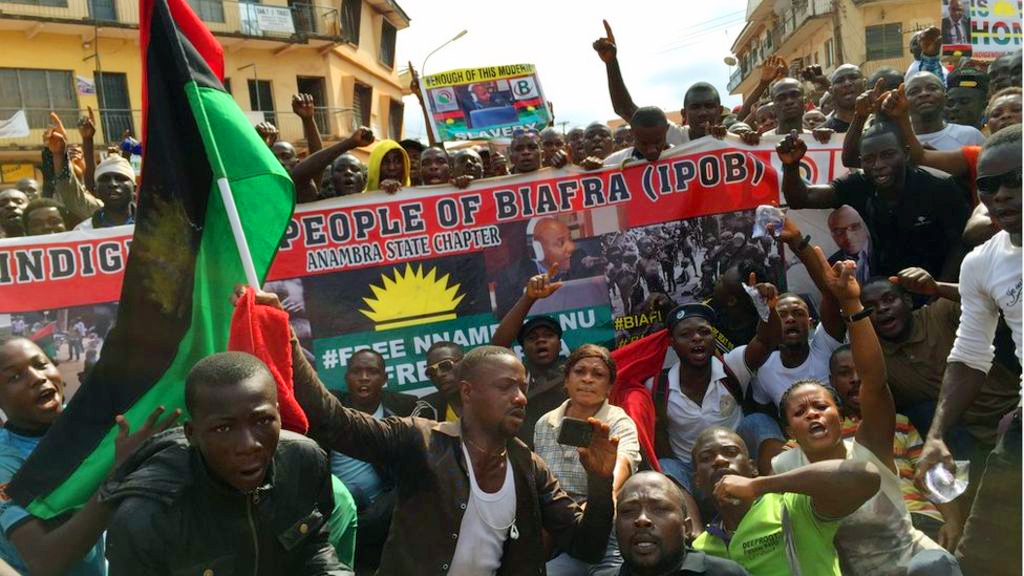 In the United States and Europe, many Igbos have withdrawn their membership of every NIGERIAN ASSOCIATION. The usual celebration of NIGERIAN INDEPENDENCE ANNIVERSARY has been cancelled. In most of these celebrations and associations Igbos used to constitute about three quarters in number.

White people who wished to know how the AFRICAN PYTHON DANCE was done, were simply told that it was just an alibi, another name for IGBO GENOCIDE! It has nothing to do with any type of dance or social entertainment. The images of massacred Biafran youths are plastered everywhere and lyric compositions, songs of sorrow, exposing the Nigerian evil plans to exterminate the Igbos pervade the social media, as groups of Biafrans in various cities in North and South America, Europe and Asia, participate in night vigils organized to mourn and pray for the dead youths. It is an unprecedented and amazing show of solidarity in such a period of time, when the wicked actions of the Nigerian leadership have cast ominous shadows on Igbo fate and survival as a people.