The Bolshevik Revolution in Russia popularly known as The Great October Socialist Revolution of 1917, came in the wake of the First World War (WW1) in 1917. The Leader of the Revolution, Vladimir Ilych Lenin, was in exile in Finland as those two momentous events were going on simultaneously.

The working-class movement was desperately in need of their leader, Lenin, to take effective command of their revolutionary push. The leaders on the ground – Kamenev, Trotsky, Stalin, etc sent frantic SOS to Lenin to return home immediately to lead what had appeared to be the final push against the Russian ruling class – the capitalists.

A highly agitated Lenin summoned a meeting of the émigrés and they agreed to go home.

Lenin called a meeting of the council of the émigrés and broke the news to them that he had secured an offer of safe passage from the Germans.

Almost in unison, they shouted, as we would say in Alaigbo, “Tufiakwa!” How can they accept safe passage from the Germans who were at war with their country? If they did, their countrymen would term them, German agents. The offer was, therefore, rejected against what was, in fact, Lenin’s strategic position.

Lenin, the super democratic revolutionary leader, bowed to the decision of the majority and, therefore, he had to inform the Germans that the leadership of their party-in-exile had turned down the offer.

Of course, the offer of the Germans was meant to be a Greek gift, always seen as bait to get something higher in return. The return of Lenin and his men, the Germans reason, would intensify the internal revolt and thus weaken the Russian front in favor of the Germans. That was their aim in granting them safe passage in the first place.

Meanwhile, the revolutionary war was raging ferociously in Russia and its fate hung in the balance. The presence of Lenin leading the struggle was seen as the force that could decisively alter the balance in favor of the revolution. So, Kamenev and the other leaders continued to mount pressure on Lenin and his comrades in exile to return home immediately.

Lenin summoned another meeting. As the debate raged with some of his comrades still advancing the same opposing argument, an agitated Lenin shouted in response –

You mean the Russian workers will not understand if I tell them that I had to use every means possible to join them at this moment in our historic struggle.

They returned home, joined their comrades and eventually, their forces entered and took over the Duma – Russian Parliament, dissolving the Parliament which led to the fall of Alexander Kerensky’s Provisional Government. The Bolshevik Party now took over the government of Russia.

The new leaders of Russia requested for a ceasefire in the war with the German. The German demanded that Russia should cede the conquered portion of their territory and extra portion as a condition for a seize-fire.

Lenin, this time again, summoned a meeting of the entire leadership of the Revolution and informed them of the condition given by the Germans. Many who were in the debate in Switzerland over the safe passage issue rolled their eyes as if to say, “anyi karakwara ihea aka”, meaning ‘we told you that the German wanted to use us to take over Russia’. Almost in unison, they rejected the condition for a ceasefire. Lenin conveyed the decision to the Germans. 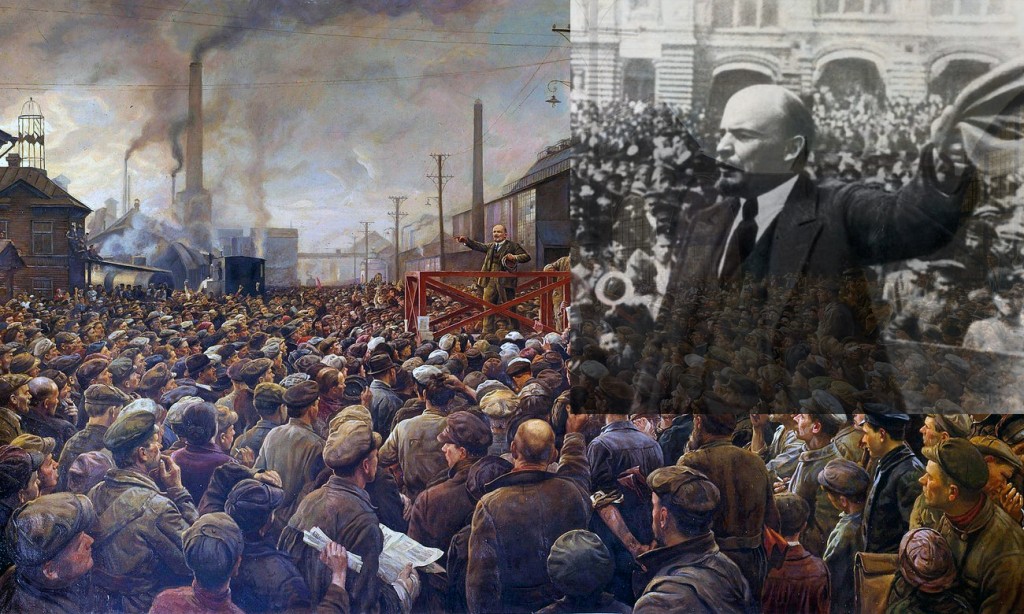 Vladimir Lenin was the inspirational leader of the Bolsheviks revolution of 1917 that culminated in the overthrow and assassination of the Czar of Russia.

The German military machine rolled deeper and deeper into Russia. Petrograd, the seat of power, was under threat. Everyone was jittery. Another meeting was summoned. Lenin came up much more forcefully to advice his colleagues that they should accept the German condition because their government was still in its formative days; that as soon as they felt strong enough, they would recover their territory.

The new Russian government accepted the German condition; ceded part of their territory. But eventually, in the course of time, Russia recovered her lost territory as Lenin had predicted.

As the war raged and Biafra had lost a sizable proportion of their territory, the African Union (AU) summoned a meeting in Kampala, Uganda. Emperor Haile Slessor, who was OAU Chairman had advised the Biafra delegation, through Zik – Dr. Nnamdi Azikiwe – that Biafra should accept to return to Nigeria with an arrangement to have Nigeria re-organized as a confederation, which would allow Biafra enough political space and leeway – control of their security, resources, judiciary, land, etc; and that as soon as possible, it would be possible for the Biafra people to attain full autonomy.

For reasons, some of which bother on conjectures, but all of which portray a people under the spell of Egbeonu (emotional propaganda), people who had little or no touch with political reality and were being swayed and driven by propaganda (distortions and lies), Biafra lost everything. Statesmen were scorned and some of them turned into errand children, Ndiigbo and their neighbors lost the historical opportunity, the finest moments of their history to be free. The freedom of Ndiigbo and their neighbors would have ultimately meant freedom for all in the present artificial federal republic.

Those who say Alaigbo does not have statesmen dedicated to the freedom and security of Umuigbo and capable of leading their struggle for a decent place on God’s own earth, are not exactly correct and could be said to be uninformed about the subject.

However, if they mean to assert that Alaigbo, like other nationalities in the Federal Republic of Nigeria, has her own share of self-conceited and dangerous efulefu, bloodsuckers who have no conscience rabble-rousing and trading and enriching themselves on the predicament and suffering of their people, they are correct.

It is important to make this distinction – that some of the well-meaning sons and daughters of Alaigbo may, through ego, lack of experience or wrong advice, mislead the people, and thereby cause untold calamity for the people. In a situation like that, it is the duty of genuine elders and statesmen, to boldly and courageously step forward and guide the struggle of the people for freedom.

When we refer to the role of elders in a people’s struggle, it is to the three elements – reason and experience we are referring to. However, when we refer to the role of statesmen in a people’s struggle, we are referring to those elders in whom the three are combined – emotion, reason and experience. No matter how much logical mind, as well as experience an elder, has, if he is not emotionally committed (i.e. passionately committed) to the cause of his people, his role may be limited and may, at times, be suspect. What we refer to as emotion is the same as passionate commitment.

The Great Zik was one of the most experienced leaders and thinkers in Alaigbo during the Biafra war, but his emotional commitment to Biafra was very limited. He was not passionate about Biafra project as the road to freedom.

The leader of the Biafra struggle, Chukwuemeka Odumegwu Ojukwu, was deeply emotionally and intellectually involved, but his experience was limited. We should, however, consider his age and exposure before he became the leader of the Biafra struggle. We should also consider his ego and how much danger it brought to bear on the conduct of that struggle. 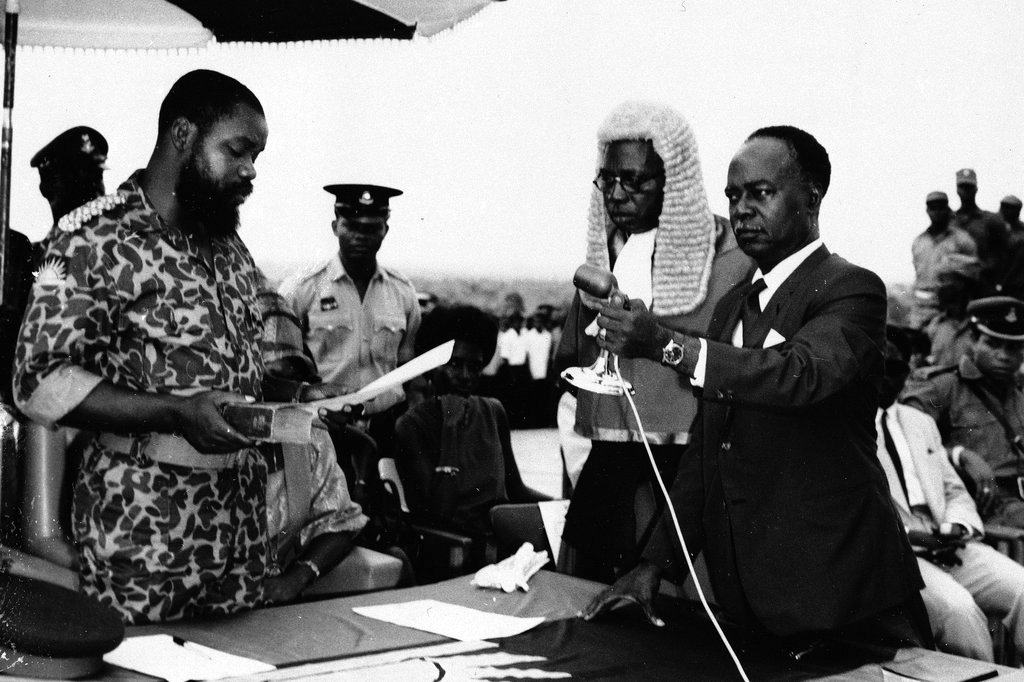 General Ojukwu was the leader of breakaway Biafra who led the young republic in its 30-month resistance to a genocidal war against its peoples between 1967 and 1970.

In Dr Akanu Ibiam, the three elements were well blended. Akanu Ibiam was deeply passionately committed to the Biafra struggle, (the struggle of his people and their neighbors for their freedom). Recall how he threw out the OBE title for the sake of Biafra. Recall how much he contributed in all deliberations both in the open and behind. Recall also how much he tried to bring his wisdom and international role and stature to help move the struggle, feed our starved people, etc. But he was not allowed to bring his immense experience to bear in the control of the decision-making machinery of Biafra. The same you can say to a good extent of Dr. Michael Iheonukara Okpara.

Going back to the Russian Revolution and their leaders, Lenin – he had all the elements – deep emotion/passion for the struggle, reason (theoretically sound) and immense experience in the struggle and in the history of revolutionary science – all three elements combined to make him a democratic leader, who always ensured that the collective wisdom of his comrades were put on the table in any deliberations on what is to be done. He was a great manager of men and events, never lying to the people, never exploiting their predicament, never exploiting their emotions. Lenin did not hold the people through any act of manipulation. The people were held together through a common bond of deep emotion, rational understanding of what they were doing, and with experience of history.

Lenin’s premature death was responsible for the distortion in the philosophical foundation of the new society he tried to build. It thus fell under the spell of Josef Stalin and his men and crashed in the cause of its history.

That destination allows the proposition of Haile Slessor – An Autonomous Region of Alaigbo (or with their Neighbors – Biafrans) with the rest of Nigeria.

Culled from the Sun News