“Python Dance” II: A Coup Against the Elected Governments of the Southeast – Says Nwakanma

Positive Action Urgently Required: What the Igbo & Those Who Oppose the Current Tyranny Must Do

The article below is Prof. Obi Nwakanma’s response to a YouTube video (https://goo.gl/j4A8SM) portraying the recent horrific massacres by the Nigerian Army in Aba and Umuahia when hundreds of unarmed nonviolent pro-Biafra IPOB youths and their supporters were captured, tortured and then killed execution-style within a single week in so-called Operation “Python Dance” II.

Part of the reason why Igbo political action is defective is that we talk too much, and act miserably. The current situation with the current regime in Nigeria demands more action, than talk. With all due respect sir, all that you have written below is truth. But it is truth that is already well known. You are making emotional appeals to stones. You cannot squeeze water from stones. You would be more effective tonight, if you invited 10 of your closest friends, and acquaintances home to your house for dinner, and convince each to contribute just $100 to the IGBO DEFENCE FUND. Years ago, I called on the Igbo Diaspora to lunch this fund for the eventuality that the Igbo might seek funds to act in their own defense, including paying for sundry strategic services, legal and extra-legal. 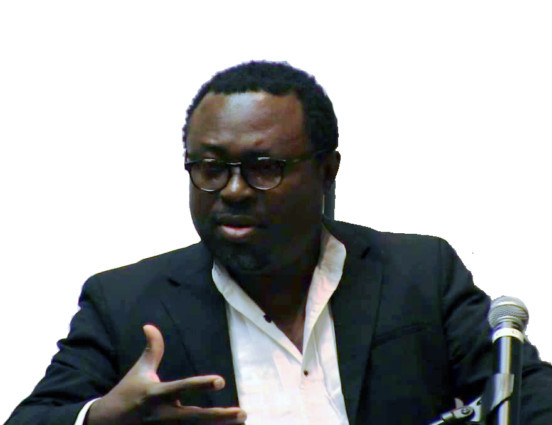 Here is what every Igbo must do, whether you support IPOB or not: you must pull together to defend Igbo honor and the right of every Igbo man, woman, or child, born today or in the future, for survival and dignity. The current regime in Nigeria is not fighting IPOB. It is fighting with the Igbo. IPOB is just simply the badly organized, brave, but sometimes misdirected group that carries the can; it is between Buhari and Igbo subjection. If this regime is allowed to get away with the murders it has committed against Igbo youth; its suppression of the voice of Ndiigbo, its daring of the Igbo to act if they could, then all Igbo, whether you are in support of IPOB or not, will live the next fifty years with heads bowed, wherever they exist anywhere in the world.

Your children will hide their identities; a whole generation will deny being Igbo, so many will hate themselves for being Igbo; many will detest their parents for standing aloof while others stood tall in the conquest of the Igbo. And make no mistakes about it, whether IPOB was formed or not; whether it was militant or pacifist; whether it protested or just simply wrote endless letters of disagreement, Buhari would have found other means to suppress the Igbo. Buhari came to power with the Igbo in his mind. So, all those who are saying IPOB has brought this to the Igbo are talking hogwash. IPOB has merely raised the issues that have been waiting to be raised this past 50 years. These young men and women have been brutalized, killed, jailed, tortured, and some Igbo are busy living like quislings and blaming them!

It is unconscionable that the Igbo, whether the IPOB is wrong or right, should stand aside and make excuses for the killing of their children, and the brazen suppression of the rights of the Igbo to be properly governed. What happened this past week is not only a military invasion of the East, but a coup against the elected governments of the Southeast, whose governors, because they have no means of self-defense, have been clearly threatened, forced, and blackmailed into acts inimical to their own survival. These governors did not act with their conscience. They acted with the guns directed at them. It was either they, or IPOB, period. The Igbo must never permit that kind of illegality.

The senate of the republic has condemned the military action, and declared it unconstitutional. And yes, before any president is authorized to send the Nigerian Army to any part of Nigeria, under any emergency, he must secure the mandate of the National Assembly, under the emergency power acts. Buhari never obtained this power. The Chief of Army overruled the powers of the elected governor of Abia state. Independent reports reaching me say that the number of Igbo civilians killed in Umuahia alone stands at over 200 people. Many of the dead were killed and the corpses seized by the soldiers and disappeared!! This is very serious, and here is what the Igbo Diaspora Committee for the Defence of the Igbo must do very urgently.

Raise money, by every means, and

We must change this narrative about IPOB. We must make this fight to be inclusive of all Nigerians who oppose what is currently going on, and who must certainly fear Buhari’s next move. Igbo organizations, known for their narrow, petty, small-minded, turf-hugging, self-indulgent, power-hungry games, must for this crucial time, close ranks, and seek a common and coherent response to this madness. Igbo in the East coast – men, women, and children, and the friends of the Igbo must go before the UN tomorrow and protest Buhari’s presence, and send a petition to the UNHRC – the UN Human Rights Commission with evidence of Buhari’s selective annihilation of the Igbo.

Please, do not use any evidence that brings to question Igbo integrity here. In other words, do not go rustling up pictures from Rwanda or Congo or Ogoni, use verifiable, and current images that will stand to scrutiny, otherwise, the Igbo will ruin their own case. This is urgent. We must not oppose the Nigerian state. We must oppose what the Nigerian state does to its Igbo citizens, period!