The Buhari administration has commenced construction of Cattle Colonies, rebranded “RUGA” in 36 states of Nigeria. The project has started in Kontagora, Niger State on a 31,000-hectare piece of land.  The project will be initially replicated in 12 States with six (6) of such colonies to be constructed in each state.

What Is RUGA a.k.a. Cattle Colony?

RUGA or Cattle Colony is a SETTLEMENT for Fulani herdsmen, their families and cattle/livestock. It will contain ranches, grass or feed farms, abattoirs, dairy, meat and skin/leather processing plants, housing, religious houses, schools, roads, power and water supplies and the complete range of infrastructure required to support and sustain an ultra-modern local government area.

Implications of the Facts of RUGA/Fulani Cattle Colonies Program

The first and immediate question arising from Buhari’s RUGA/Fulani Cattle Colony program is why, by what justification, and on the basis of which law of Nigeria would Buhari undertake such massive immigration and resettlement of foreigners (West and Central African Fulani) in Nigeria and on indigenous Nigerian lands? Indeed, neither the Nigerian Immigration law nor ECOWAS laws permit non-citizens to enter Nigeria without passports. Why would Buhari pursue such a most expensive massive immigration program to import and resettle more than 59 million foreigners on Nigerian lands at a time Nigeria I already overpopulated and searching for effective means of population control?

When the world’s most powerful country, USA, is building a wall on its Mexican border to stop a flow of only a few hundred thousand refugees, Buhari does the opposite by throwing  Nigerian Northern borders open and using Nigerian taxpayers funds to invite and fund more than 59 million foreign Fulani for resettlement on indigenous lands at a time Nigerians are in hunger, penury, and hunger.

There is no refugee problem or war in West and Central Africa that could be said to instigate such massive immigration of African Fulani to Nigeria. Even so, refugees are usually provided temporary shelter in camps, not a permanent settlement and such refugee programs are at the costs of the United Nations.

Why do these Buhari foreign Fulani carry AK47 and other military grade weapons freely and openly across the borders of Nigeria and all over the states of Nigeria?

Even so, why have Nigerian Army, Police and Security Services failed and or refused to enforce Nigerian gun laws against these Fulani? The Fulani herdsmen terrorists, bandits/kidnappers are known to have been engaged in terrorist activity all over Nigeria and continue to do so.

Nigerian constituent nations have boiling unresolved nationality questions. It is not the only provocation of the most insensitive and inhumane nature for Buhari to seek to introduce exclusive Fulani LGAs into native lands of other indigenous nations of Nigeria.  RUGA/Fulani Cattle Colony introduces and creates six new exclusive Fulani LGAs in every State of Nigeria.

By implication, indigenous Nigerian nationalities are being compelled by Federal Presidential power to have the Fulani, who are alien to their lands, to inherit and permanently retain part of their indigenous land as new Fulani homeland. Imagine 30 Fulani LGAs planted strategically all over the Southeast or 36 of such LGAs scattered strategically all over Yorubaland or in the Middle Belt and Southsouth?

Would Buhari create exclusive Igbo or Yoruba or Ijaw or Idoma or Efik or Ibibio or Urhobo or Tiv LGAs in Sokoto, Kano, Zamfara, etc.? If not, why would Buhari pursue RUGA/Fulani Cattle Colonies program against the objections of states of the Middlebelt and Southern Nigeria?

Discrimination Comparable Only to Apartheid

The Fulani Exclusiveness of RUGA and the use of Federal Funds to build whole new ultra-modern LGAs with facilities not available to the other LGAs of the natives or indigenous Nigerians is nothing short of APARTHEID!  Apartheid is impermissible and unacceptable in Nigeria.

RUGA/Cattle Colony is an LGA. With the herdsmen come their families and the full facilities of human settlements. Being exclusively Fulani, the LGA becomes exclusively Muslim.

The LGA must come with Mosques for worship. With the LGA being exclusively Islamic, comes Sharia Courts and Sharia Law, along with Sharia police within the LGA in order to meet the religious and way-of-life needs of the settlers.

With it comes the need for Emirs or District heads. Suddenly in one fell swoop, each state in the Southeast, Southsouth, Southwest, Middle Belt and other Christian and animist nations, must necessarily legitimize Sharia Law, given the 6 Sharia LGAs in their States. Inevitably Sharia Law must then be declared and recognized in all states of Nigeria. And boom, Nigeria has become a Sharia country!

Along with Sharia law becoming operational in all states of Nigeria follows Emirates being declared in those States and then demands more Sharia LGAs and more land and then claims of right to govern the states and so on!

Legitimate Fulani rights inevitably arise to demand that each state of Nigeria make provisions to accommodate their language, whether Fulfulde or Hausa in the State Schools and public media broadcasts. The demand for both Sharia Law and dual language in each state of Nigeria would be legitimate. Why not?

A new ethnic group in Imo State, for instance, that has 6 LGAs as its homeland plus the original 27 LGAs, would undoubtedly be entitled to have their own language accommodated in Imo Schools and public broadcasts. They will be entitled to vote and be voted for. They will be entitled to have their Sharia Courts and facilities must be dualized to accommodate them and their different way of life.  Why not? Are they not also Imolites? After all, they have 6 LGA homelands in Imo State. The same must unavoidably happen in all other states in Nigeria where RUGA is implemented, except in Northern states that are already the Sharia States.

Their Emirs must be seated in the Imo House of Chiefs or traditional rulers and when it becomes one of their turns, an Emir will become the Head of the Imo Council of Ndi Eze! Same must inevitably happen in all relevant states in Nigeria.

In effect, every State in Nigeria suddenly must, as a legitimate necessity, double up on language, culture, judiciary, governance, traditional leadership and all aspects of their lives with the Fulani.

This must be what former President Obasanjo foresaw and accurately described as Fulanization and Islamization of Nigeria. 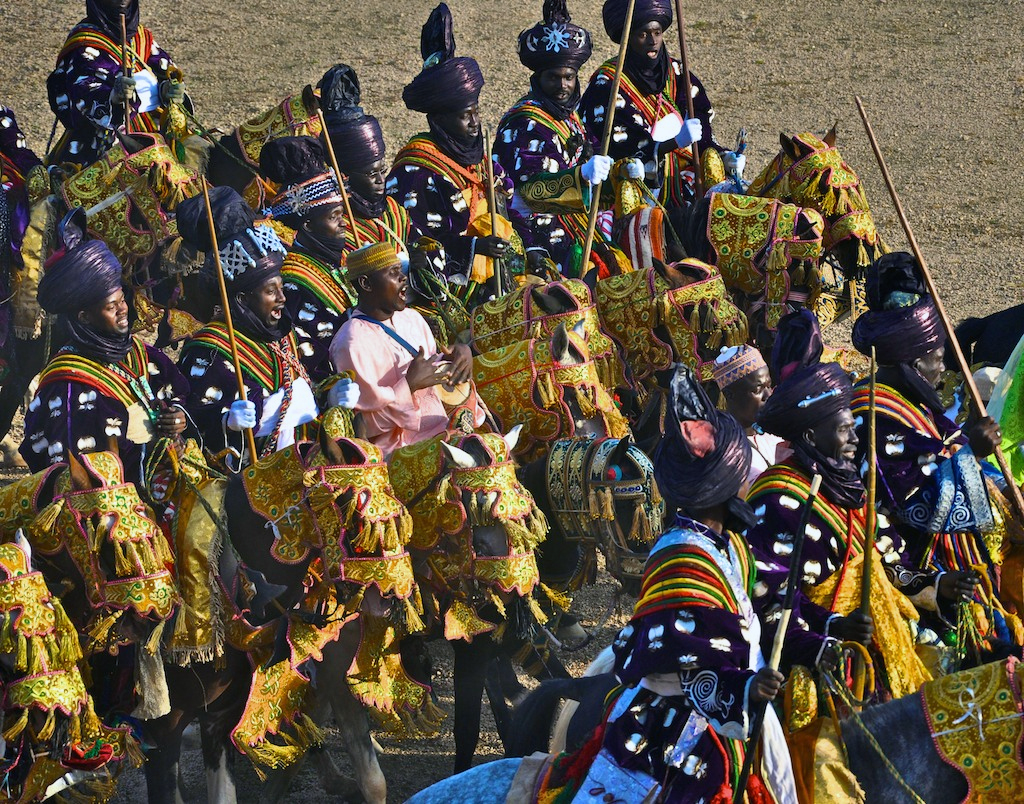 Will Buhari create Igbo and Yoruba Customary Law Courts in Sokoto, Kano, Katsina and in all Northern Moslem States of Nigeria? If not, why not?

RUGA/Fulani Herdsmen Cattle Colony is an outright declaration of Jihad! It won’t work without declaration of war against the indigenous nations of Nigeria and defeating them in a war of conquest!

In RUGA/Fulani Herdsmen Cattle Colonies, his Rivers & Riverbanks Bill and support for and protection of Fulani herdsmen terrorists plus romance and collaboration with Miyetti Allah, Buhari is, directly and indirectly, making and levying war against Nigeria.

RUGA/Fulani Herdsmen Cattle Colony program is the most massive illegal migration in human history in terms of its size. It is unprecedented. It is also the greatest Jihad by stealth being executed through abuse and misuse of presidential powers and privilege not only to attempt to enforce Fulani Caliphate colonization of Nigeria permanently but also to carry out eventual Fulanization and Islamization of Nigeria without an open declaration of war against the indigenous nations of Nigeria.

Every indigenous Nigerian has a duty to resist this Buhari Jihad.  Any indigenous nation that accepts RUGA is already on their way to extinction from the face of the earth before they realize it. Ask the Hausa kingdoms of the North or the nations of the Middle Belt that have had to live a life of endless wars of self-preservation against the Fulani Caliphate’s perpetual Jihad.