Referendum for Self-determination: The Only Game in Town for Biafrans 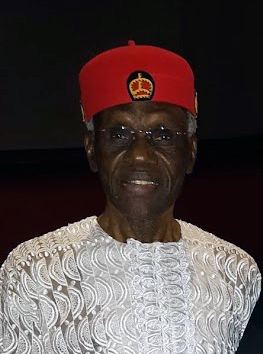 Now that the Nigerian Senate has shot down vital issues that would have formed the backbone of restructuring agenda and thereby making nonsense of their claim that they care about Nigeria unity, maybe the eyes of our brethren will now  open wide to see that Biafra Independence is the ONLY “game in town”.

For months now, some of us have reasoned and argued that the restructuring gambit will never be in the interest of Ndiigbo given the political arrangement in Nigeria and given our experience at President Jonathan administration’s 2014 National Conference, and given our experience over these past 100 years. In a way, the Senate’s vote is a good thing because it will stop us from plunging into a restructuring exercise that will fail and more importantly, may create unnecessary acrimony and hostility among constituent ethnic nationalities. We all wish to coexist in peace and as friends with our neighbors.

Therefore, let us not allow ourselves to be distracted now but instead to focus with a “laser beam” on achieving independence for Biafra at the shortest possible time. I had suggested a road map to achieving this in my recent write up titled “Closing the deal on Biafra”. A Constitutional Conference, made up of representatives of the various nationalities in the affected areas, should be set up as soon as possible to hammer out a constitution which will be voted upon at a Referendum. If the gallant and sophisticated Yoruba can pull off the Oduduwa Republic ahead of time, it will make imminent Biafra sovereignty that much easier.

Referendum is the ultimate tool for achieving democratic society

If the sit-at-home event and the Nnamdi Kanu “phenomenon” were happening in a Western country, there is no doubt that the international community would have brought pressure to bear on Nigeria to allow for a clean and amicable break away of Biafra. We are going to launch a three-million-signature petition drive to supplement other well-known evidence attesting to our people’s desire to be free and to have their own country.

I am appealing to the international community to act now. Do not wait to face another challenge as in Syria; except that this time, it will be boatloads of BLACK refugees fleeing from major conflict in Africa!