Set Up a Commission of Inquiry to Probe Killing of Fulani by Adara Natives as Alleged by Gov. El-Rufai – Demands Dr. Pogu

TEXT OF A PRESS CONFERENCE BY THE NATIONAL PRESIDENT OF THE MIDDLE BELT FORUM, DR. BITRUS POGU, ON GENOCIDE OF ADARA NATIVES IN KAJURU LOCAL GOVERNMENT AREA OF KADUNA STATE

The attention of Nigerians and the world is hereby drawn to the wanton massacres that are ripping across Southern Kaduna, with particular reference to the ongoing genocide in Adara communities of Kajuru and Kachia Local Government Areas of Kaduna State. Before now, there has been mutual suspicion between Governor Nasir Ahmad el-Rufai and the Adara people. In 2016, when the governor moved to give new nomenclatures to chiefdoms in Southern Kaduna in clear contravention of existing laws regarding the traditional institution in the state, the Adara Traditional Council, then headed by His Royal Highness Dr. Maiwada Raphael Galadima, opposed the proposal to rename and split the chiefdom. The insistence by el-Rufai to have his way against the popular wish of the people led to a feud between him and the Adara Traditional Council. 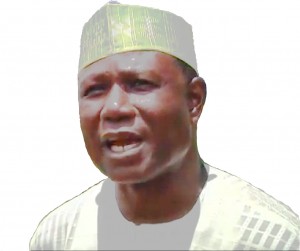 While this disagreement was still unresolved, the Adara monarch was abducted on October 19, 2018 by suspected Fulani herdsmen militia while coming back from a meeting with Governor el-Rufai on security matters affecting his chiefdom. He was later killed by his abductors on October 26, 2018 and his body dumped along Abuja-Kaduna expressway. While the Adara people were still mourning the brutal killing of their paramount ruler, the state governor went ahead to live up to his resolve by splitting the chiefdom and creating an emirate out of it.

Before now, there have been attacks on Adara communities by Fulani herdsmen militia, including the recent Kasuwan Magani killings, but the ongoing genocide commenced on Sunday, February 10, 2019, as unidentified gunmen believed to be Fulani herdsmen massacred 10 Adara natives, including a pregnant woman in a sleepy community called Ungwar Barde. Despite distress calls and SOS messages by the affected community leaders to both security agencies and the Kaduna state government, both the state of federal government maintained absolute silence. While this conspiracy of silence pervaded the atmosphere, Governor el-Rufai on the eve of postponed presidential and National Assembly polls, Friday, February 15, 2019, shocked the world by unilaterally announcing that 66 Fulani had been killed by Adara natives. He was later to raise the death toll to 130 when he spoke to newsmen in Abuja. What beats the imagination of any right-thinking person is the eagerness with which the governor announced the killing of victims, without any proof and going ahead to profile them.

With this reckless announcement by the governor, the stage was set for reprisals that would later turn the entire area into a flowing stream of endless human butcheries. Up till now, the allegations that 66 Fulani were killed is still unproven and unsubstantiated as the Kaduna State Commissioner of Police, Mr. Ahmad Abdulrahman, was reported to have cautioned the governor not to release casualty figures since investigations on the alleged killings were ongoing. Considering the wave of massacres across the Adara communities in Kajuru and Kachia Local Government Areas, and observing the graveyard silence by el-Rufai, it is obvious that el-Rufai incited the current bloodshed when he recklessly alleged that Fulani had been killed by Adara natives without any shred of evidence or proof.

With the ongoing genocide, so far, no fewer than hundreds of Adara people have been killed in cold blood, with women and children being major victims of the carnage within a space of one month. No less than six towns/villages, including Ungwar Barde, Karmai, Maro and Dogon Noma, among others, have been decimated, with over 140 houses, food barns and churches in the attacked communities reduced to rubbles by the invading herdsmen. Presently, over 15,000 Internally Displaced Persons (IDPs) now live in various camps provided by good spirited individuals, church and community-based organizations. While the massacre of Adara natives is ongoing, instead of state or federal authorities apprehending the perpetrators of these killings and massive destructions in order to bring them to justice, agents of the state have ironically resorted to arresting leaders of victim communities in aberration to natural justice and fairness.

Despite the human carnage in Southern Kaduna, especially in Kajuru, there was a deliberate media blackout that turned these besieged communities into silent killing fields. It was only after the recent staging of a peaceful protest by Southern Kaduna indigenes at the Abuja Unity Fountain that the ongoing massacres were exposed to both Nigerians and the international community.

Communities in the Middle Belt Region seem to be suffering from a deliberate agenda poised at dispossessing the natives of their ancestral lands. While local Fulani herdsmen known to the area continue to live in peace with native communities, these armed Fulani herdsmen militia has continued to visit communities with deaths and massive destructions without any attempt by security forces to apprehend and prosecute them.

We wish to inform the world that there is an ongoing genocide across the Middle Belt Region by armed Fulani herdsmen militia as presently ongoing in Adara communities, Southern Kaduna which has been grossly under-reported by local media. This probably explains why the massacres have not caught the attention of international media.

The attention of both the state and Federal Government is hereby sought to tackle the food, medication and shelter needs of displaced persons located in various camps and hospitals.

We call on the Federal Government to set up a commission of inquiry to probe the alleged killings of Fulani as alleged by el-Rufai in order to show proof of these killings, as the Adara natives have continued to state their innocence over the governor’s claim which has continued to be the anvil of these senseless massacres. Membership of this commission should include forensic experts, security agencies, community and religious leaders, other interest groups, among others, to ascertain the veracity of el-Rufai’s allegation.

The commission should also investigate the circumstances surrounding the abduction and eventual brutal assassination of the Adara Monarch, Dr. Galadima. Since the police in November 2018 paraded some suspects behind the killing of the paramount ruler, not a word has been heard on the matter. 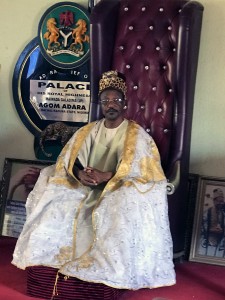 The late Dr. Maiwada Raphael Galadima was the traditional ruler of Adara chiefdom who was kidnapped and murdered by the Fulani herdsmen terrorist militia on his return trip from Kaduna City. He went to discuss the killings in Southern Kaduna with Gov. el-Rufai.

We demand the immediate and unconditional release of Nine Adara leaders, who are presently being detained in prison over unsubstantiated allegations of conspiracy and homicide. The detention of leaders of victim communities, including the Wazirin Adara who is the next in command to the slain monarch, cannot augur well for peace.

We also appeal for the retention of the pre-2015 status of all traditional institutions in Kaduna State be maintained.

We call on the international community to mount pressure on Governor el-Rufai and other relevant authorities in Nigeria to stop these killings of innocent men, women and children by deploying adequate security personnel to ensure quick restoration of peace to these besieged communities.