The analysis of the performance of states in the 2015 West African Senior School Certificate Examination has emerged with south east states again topping the chart with their candidates obtaining the most credits in at least five subjects, including English Language and Mathematics.

Interestingly, candidate obtained five credits and above, including English and Mathematics from four federal government colleges meaning none of the candidates from the school are likely to secure university admission. The schools are: Federal Government Girls’ College, Bajoga, Gombe State; FGGC, Bauchi; FGGC Gboko, and the Federal Science and Technical College, Kafanchan.

Edo state came third with 38, 052 of its 62, 327 candidate getting five credits and above while Rivers, Imo, Lagos, Bayelsa, Delta, Enugu and Ebonyi rounding up the top ten in the performance ranking.

Only 646 candidates from the 14, 784 that wrote the exam in Yobe got five credits and above the thereby coming last with 4.27 per cent. Northern states occupied the rear positions with nine northern states in the last ten positions. They are Adamawa, Osun, Sokoto, Bauchi, Kebbi, Katsina, Gombe, Jigawa, Zamfara and Yobe. Lagos with 68, 173 out of 141, 963 candidates that sat for the examination placed sixth on the rankings.

The analysis showed that 1,590. 284 candidates sat for the examination in which only 562, 413 candidates obtained credits in five subjects and above including English Language and Mathematics while 1,029,871 representing 64.63 per cent failed to obtain admission requirement to the nation’s universities. 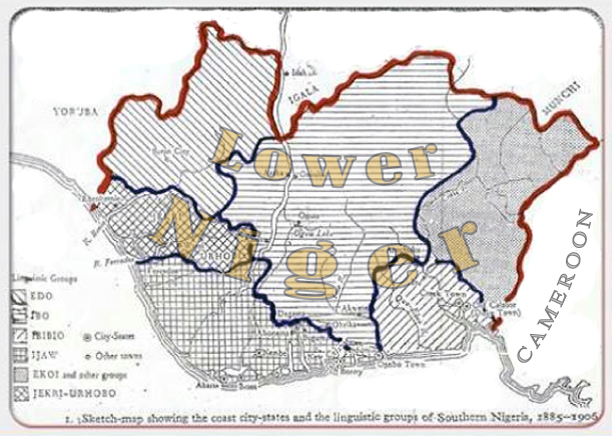 Map of Lower Niger territory before Amalgamation of 1914

See the ranking below: