Elections Should Hold Only After Restructuring Is Concluded – Voice of Reason

The spokesperson for a Southwest-focused group, the Voice of Reason, Mr. Soji Awogbade, tells Tobi Aworinde that the structure of governance in Nigeria at present cannot lead to the development or well-being of the country.

The following is full text of the interview:

The Voice of Reason has a long list of influential Yoruba as members. What brought this group of people together?

The group was convened by (an entrepreneur), Prince Goke Omisore, from an informal circle of friends, which comprise professionals, academics and business people, who, in one form or the other, have always been concerned about the Nigeria project. Its membership is from both genders, and the most important qualifying criterion is a conviction in restructuring as the optimum solution to the myriad of issues contending and confronting Nigeria.

What roles, if any, does politics play in the formation and objectives of your group? 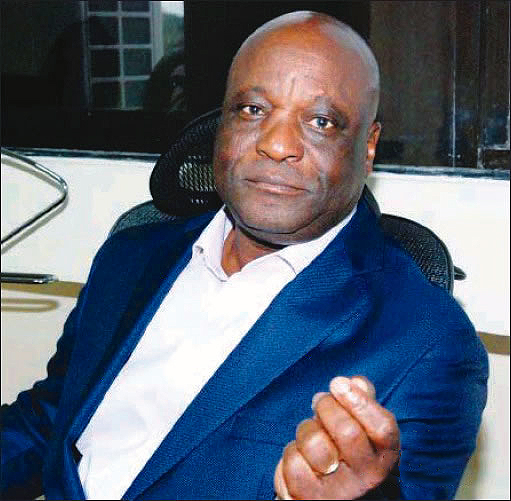 Soji Awogbade is the spokesperson for the Southwest-based Voice of Reason (VOR). The group is focused primarily on active campaign for a geopolitical restructuring of unitary Nigeria.

The VOR is not a political party and there are no plans to become one. However, in its membership, it has people who have served Nigeria in many roles, including within the political arena. Therefore, the VOR is not apolitical, though it doesn’t engage in partisan politics. Some of our members are current card-carrying members of the registered political parties, which they are obliged to disclose to the VOR for obvious reasons.

The VOR is keenly interested in the politics of the Southwestern states as a development unit and advocates the aggregation of the strengths in that unit as a vehicle for both economic and political well-being of its people. That is our politics and we, therefore, advocate restructuring as the best way to achieve that goal.

Are you saying that the current national structure is completely out of place?

Definitely, there are some benefits which must be retained and harnessed. Our size and the advantages of scale that derive therefrom is the most significant one amongst others. The fact that one out of every four Africans is a Nigerian counts for something. There is a huge market and variety of talent, manpower and market. There is no reason to give up that advantage if an appropriate structure can be worked out to keep us together. Of course, the same size factor is responsible for the diffuse governance structure, which detracts from our very strength. Some argue, with much merit, that the nation is too diffuse to have a meaningful strong center for administrative or development purposes. So, yes, there are pluses and minuses for our structure.

Do you see any ambiguity in the ongoing discourse on restructuring?

Those who see ambiguity in the restructuring concept are those you could describe as persons who cannot tell a forest from a tree; who judge a book only by its cover. For starters, the content of a restructuring agenda cannot be prejudged, because it must be negotiable among the various parties and interests involved. When the concept once came on board, not many embraced it, but today no one is saying a blank ‘no’ to it.

That is tremendous progress. One thing needs to be established: Why are we restructuring? The simple answer is that the current governance arrangement and its operations cannot lead to the development or well-being of the nation. It is generating too much suspicion and inequity, a factor holding the entire nation back. As for the head of state’s (President Muhammadu Buhari) position, I believe it has been overtaken by the laudable step taken by the party on whose platform he was elected. While his view is significant as a central player in governance, it is by no means a phenomenon for which his own views prevail over that of a majority of our people.

Are there particular recommendations that you are willing to forgo to attain your goal of regionalism?

In a setting like Nigeria, which comprises 180 million people and 250 or so tribes, it will be foolhardy not to prepare to negotiate with other constituents any items which are not fundamentally unworkable or unrealistic for a meaningful restructuring. The items on the menu are numerous and no particular group holds all the aces or arguments on every issue.

At the end of the day, what everyone ought to be concerned about is: Are the prescriptions and arrangements workable? Do they leave us better off than we are now? Having said that, there are certain non-negotiable items on the menu and which are not necessarily controversial. So, the flexibility to negotiate exists to the extent that a few fundamental breaches are not sparked off.

Regional governance around the world is not always successful. Could Nigeria fare any differently, especially given today’s devalued naira and unfavorable spending habits?

The case of Nigeria is not experimental, rather experience-based. I am old enough to tell you that the Western Region of Nigeria experienced a well-structured governance structure during the First Republic. It worked, the people worked and the system too. Politics and governance must not be mistaken for one another. Political crisis doesn’t usually arise from the structure but from people operating it. Viable economic units always find a way to carry on even in times of crisis, provided that the structures align and work in a synergy. On the contrary, with weak structures and absent political problems, development is still unlikely.

The word restructuring, in itself, suggests a re-evaluation of what exists with a view to reforming it, which includes going back to something that worked before. Regarding the regions, irrespective of what emerges, what we are witnesses of was the healthy competition for development and the establishment of viable structures, one copying and adapting what seemed to be working elsewhere. It is definitely worth a shot, because this current expensive method is not producing more than a handful of rich administrators and officials.

At what point do you think Nigeria failed to work?

It was at the point at which we converted to a unitary system. Before then, we successfully confined our problems within the administrative structure from which they arose. These days, when the West sneezes, the East catches a cold. Some say, when we went military in governance, from then on, it’s been long stretches of clouds with a sprinkling of sunny spots. On the economic plane, there is little doubt that we caught the famous Dutch Disease, our manufacturing and agriculture went comatose after oil earnings gushed out of the ground. Most of our structures have lost their ability to autocorrect, just building on the negative tendencies. The picture is just not pretty, and turnaround looks dim, given the modus operandi.

Who primarily would you say is to blame for the fundamental failings of the nation’s current structure?

The blame should go to all the actors in every sector, starting from the opinion leaders, and the religious sects, who have been complicit or who have kept mute in the face of total breakdown of the law, ethics and values. There are a few serving and past heroes who have offered to pull us out, some have lost their voices, while a few are still carrying on. Most disturbing of these degenerative tendencies is the “our own thief” syndrome, which boldly acknowledges illegality, but pleads for some inexcusable reasons that culprits should not be punished because they come from deprived or disadvantaged zones.

Major Gideon Orkar and his co-plotters envisioned a Nigeria that would be ridden of Fulani hegemonic rule by the Sokoto Islamic Caliphate. The Restructuring being canvassed for by VOR & other self-determination groups nationwide wish to jettison the 1999 Constitution and replace it with one negotiated and agreed to by country’s constituents.

How can these problems be rectified?

A bold return to law and order in a format where every behavior has a clear consequence and offenders will be punished not minding whose ox is gored; smaller governance units with term limits, fewer professional politicians, and less power and resources in the control of anyone or governance tier.

Who are those that stand in the way of the progress that your group seeks?

All those who have too much to lose in the event of change, their agents and all those in both public and private sectors who benefit from inefficient and inefficacious structures will oppose restructuring. The second category is all those who do not see anything wrong with where we are today and the consequences thereof.

Is restructuring really a Southwest agenda?

Happily, the restructuring agenda is no longer a Southwest-alone agenda. The merits of the argument are becoming accepted by a wider spectrum with the Southwest in the vanguard. The VOR is the only ‘one-agenda’ organization currently existing in that space and its sole duty is to explain why it makes sense to restructure Nigeria and to further convince skeptics that restructuring does not mean the dissolution of the union or the Nigeria project. It means division into development units, for a better Nigeria, the new age of healthy competition and growth in compact units, as opposed to an unwieldy and oversized whole.

Do you see Nigeria being restructured before the 2019 elections?

There is a school of thought that believes there is no further point in building on the current structure and hoping to get a different result. It believes that the APC (All Progressives Congress) has not proved itself better at governance than the PDP (Peoples Democratic Party). Therefore, no elections or any party can successfully restructure Nigeria by an intrinsic quality or magic. So, the thinking is that the 2019 elections should only hold if the business of restructuring can be concluded before the set dates. Another school believes, because of the dialogue and negotiations and protocols involved, our primary task should be restructuring. Thereafter, elections in the restructured polity will manifest the right priorities and players. The VOR identifies with this school.