This video was recorded at the National Press Building in downtown Washington, DC on January 17, 2019 during a press conference convened by the Save the Persecuted Christians Coalition to press for the appointment of a Special Envoy by the US Government to oversee and manage the looming crises of the killing of Christians in Africa’s most populous country.

The speaker, Mr. Frank Gaffney of the Secure Freedom Radio and President, Center for Security Policy, is the leader of the coalition which is gung-ho on stopping the mass killings of Christian indigenous owners of Middle Belt Region of Nigeria by the nomadic Islamist Fulani herdsmen militia & ISIS-affiliated Boko Haram terrorists with the active connivance of the country’s President and Commander-in-chief of the Armed Forces and other security apparatuses. Another group, Mission Africa International, convened its deliberations after the press conference, at the same venue, to further delineate the ways and means of pressuring the incumbent Trump administration to act immediately in America’s strategic interest to stop Africa’s most populous country, Nigeria, from being overrun by well-armed Islamist terrorists if left unchecked.

The object of Mr. Gaffney’s address on behalf of the Save the Persecuted Christians Coalition at the press briefing was to make sure that the US Congress, the Trump Administration, US allies around the world as well as men and women of goodwill worldwide get a very clear understanding that “Nigeria is at the brink of disastrous collapse” through the machinations of Islamist terrorists whose intent is to take down and take over Africa’s most populous country. This sinister plot, if allowed to succeed, shall have “horrific implications”, not just for countries inhabiting the Lake Chad basin, but also for the entire West African sub-region and beyond.

The collapse of the Nigerian state, with its population of nearly 200 million, shall make the Syrian refugee influx into neighboring countries and Western Europe to appear like a child’s play in comparison. Having seen the handwriting on the wall, the coalition of US Christian church groups think that it is foolhardy to sit idly and await the collapse of Nigeria before implementing the necessary measures that would have prevented the calamity in the first place. 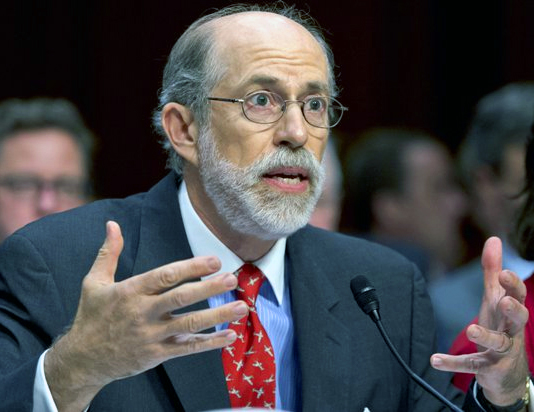 Even though the US intervention cannot be said to be a panacea to the brewing crisis in the West African country, Mr. Gaffney posits that appointment of a capable and properly empowered Special Envoy by the incumbent administration can go a long way in stemming the tide of instability that is currently sweeping across West Africa, particularly in Nigeria and contiguous territories in the African Sahel Region. He states that Senator John Danforth of Missouri, an ordained Episcopal priest, as the one with the stature and capabilities who can be personally empowered by the presidency to lead America in alleviating the runaway situation in Nigeria before the bottom truly drops out.

The Special Envoy shall then be able to mobilize and channelize assets of the US State Department, Department of Defense, CIA, USAID, the UN Representative and National Security Council etc to address the matter in a concerted fashion. The proposed Special Envoy should be equipped to utilize what it would take to clearly and forcefully convey the US policy positions to the Nigerian government in a manner that would elicit the desired outcomes. With such a powerful figure empowered with the full imprimatur of the US presidency, the leadership ranks in Nigeria shall know upfront who they are dealing with and thus stop the erstwhile approach of seeking a backdoor approach to the US government as has been the case before now.

The Save the Persecuted Christians Coalition is optimistic that the US incumbent administration, which has demonstrated its will to make the difference on behalf of religious freedom worldwide, can be made to regard Nigeria as one of the most important locations in the world where religious persecution is rife. The two principal aims consist of the appointment of a Special Envoy with the proper empowerment to take on the task and to powerfully communicate the US policy regarding religious persecution clearly and coherently to the head of government in Africa’s most populous country.

Thereafter, it shall be up to Nigeria’s leaders to take note or be held accountable by the US Government and the global community.