Successful Mobilization for PVC Registration by ”Obidient” Youths Is Proof That Electoral Revolution Has Already Happened; But… – NINAS

The Nigerian Indigenous Nationalities Alliance for Self-determination (NINAS) is the operational arrowhead for accomplishing the quest of the enslaved peoples of the South and Middle Belt who have, after an extensive hands-on engagement that spanned more than two decades, come to the solemn conclusion that the imposed fraudulent 1999 Constitution is the cause of all the woes of today’s Unitary Nigeria. In its Freedom Park Proclamation of December 2018 in Lagos, NINAS had called for the halt to the stampede to the 2019 general elections that were subsequently alleged to have been rigged to give the failed Buhari administration a second term at the Aso Rock Villa. Everyone now sees and feels the consequences of allowing the electoral charade that inflicted another four more years of Buhari rule over a country that is now fraught with insecurity in all the nooks and corners of the country. Since the INEC scheduled the 2023 general election timetable, NINAS has, once more, called on the country’s stakeholders, especially the indigenous nationalities inhabiting the South and Middle Belt, not to be led by the nose again through an election charade that cannot proffer solutions to the existential needs of contemporary Nigeria and its boisterous youthful population.

After taking stock and consulting widely, the NINAS stakeholders solemnly declared a Constitutional Force Majeure (CFM) on December 16, 2020 by producing a document that fully elucidated the dispute between the imposers of a Unitary Nigerian state and the indigenous inhabitants of the South and the Middle (a. k. a. Alliance Territory) and a five-item demand that shall culminate in a structured orderly transitioning from to unacceptable status quo to a renegotiated future that everyone can live with. One of the five demands is to stop all preparations for the INEC-scheduled 2023 general elections which is perceived as a mere time-wasting pastime that can only provide another four-year extension of the miseries engendered by the widely repudiated 1999 Constitution while the average citizen is being systematically targeted for annihilation by the terrorists sponsored by the irredentist Fulani hegemons controlling the Sokoto Caliphate. The emergence of the Peter-Obi phenomenon, particularly among the teeming hordes of restless Nigerian youths, has succeeded in exciting and mobilizing this important aspect of the populace to an extent that is unprecedented in the annals of the country’s political history. This video is made by NINAS to put the current developments in proper perspective in order to hopefully avoid the repeat of the mistakes and frustrations of the past.

Successful mobilization of the Nigerian youths, who constitute the overwhelming majority of the electorate, signals the end of an era when a handful of political party financiers dole out the cash stolen from public funds to buy votes and rig elections, with the connivance of the INEC. If the youths deploy the power of their PVCs as is being planned, the preferred presidential candidate, Mr. Peter Obi, shall likely become the winner of the 2023 polls while the erstwhile ruling parties shall be sent into a permanent status of irrelevance.

NINAS, therefore, is justified to closely scrutinize the Peter Obi campaign platform to ascertain that what it promises can be delivered to resolve the major problems confronting Nigerians today if the 2023 election’s outcome shall play out as is being projected. By asserting that the electoral “revolution has already happened” through the takeover of INEC’s PVCs by the Nigerian youths and their supporters, NINAS has tacitly acknowledged the likelihood that the 2023 elections shall usher in a new leadership impetus to a country that is currently on life support in the medical intensive care unit. 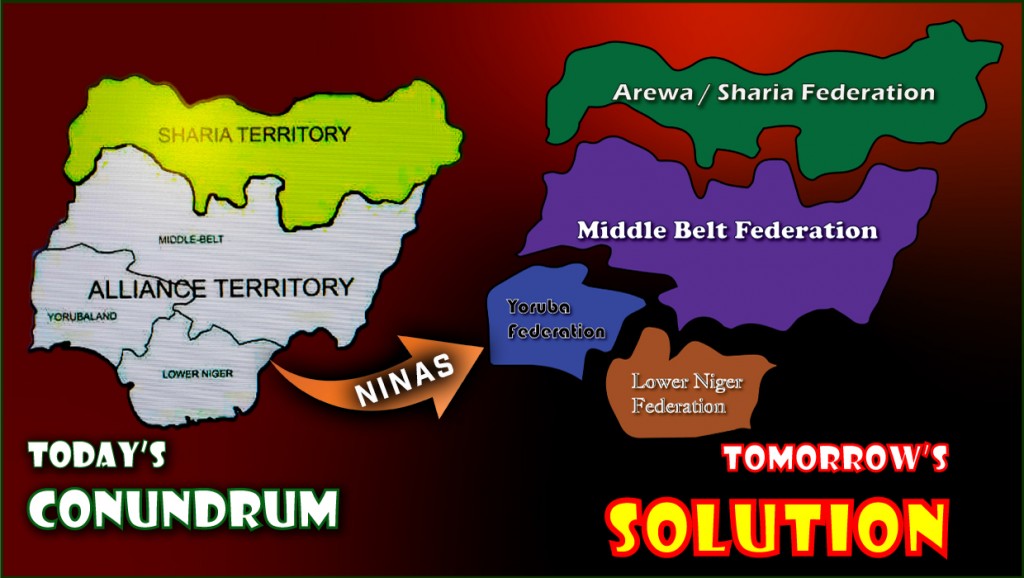 The video cautions that the very architects of the military-imposed Unitary Nigerian state, such as Generals Obasanjo and Babangida as well as some arch protagonists of the failed status quo, who are actively promoting the Obi presidential candidacy, may have brokered a deal with the purveyors of the anticipated Obi-inspired change to leave the much-despised and repudiated 1999 Constitution intact, going forward. This possibility is totally inimical to the NINAS’ CFM. To preempt such a happenstance, NINAS is calling out to all the parties interested in the imminent change benefits from the Electoral Revolution to come together and put their heads together sooner to assure that the spectacular improvements anticipated by the Nigerian youths shall be realized in real time and not betrayed.

NINAS wishes to make sure that all the hope that is being placed on Governor Peter Obi and his ascendancy to the pinnacle of power shall not become a cause for disillusionment as was the case with the youth-driven End-SARS protest that fizzled due to poor planning.