The Devil Phenomenon Is a Byproduct of Monotheism – Professor Uchenna Nwosu

Anatomy and Sociology of Devil

Under the digital searchlight, the Devil is found to be a creation of the ancient Hebrews to explain why evil things happen to good people.

Before the Israelites came to the belief in one supreme God, they believed, like their contemporary Canaanites, in a pantheon of 234 gods and goddesses known as Elohim, among which the most prominent 70 were born out of a divine union of El (the Heaven) and his wife Asherah (the Abyss). These gods and goddesses with eternal lives controlled various aspects of the universe such as storms, thunder and lightning (Baal), crop fertility and harvest (Dagon), the sea and river (Yamm), love (Astarte) etc. Some in the pantheon visited humans temperamentally, with evil such as Resheph, the god of plague, and Mot, the god of death. Moloch demanded death by burning of the first-born male child as an offering in order to be mollified.

However, with the belief in one Supreme fatherly God of Abraham, which occurred towards the end of the Second Temple Period  (586 BC to 70 AD), came the need, nay necessity, to explain an alternate source of evil, hence the concept of Devil. It is apparent, therefore, that the Devil was a byproduct of monotheism. 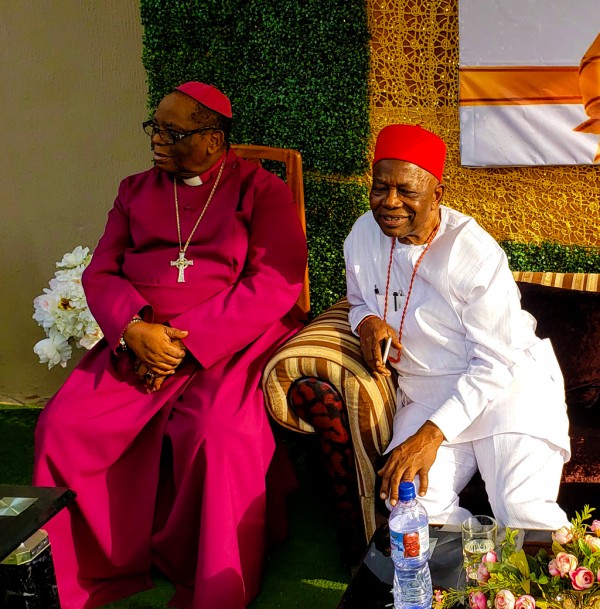 The Devil is known by various names: Satan, Demon, Beelzebub, Lucifer, etc. Once a senior or Archangel of God. It appears that his existence preceded God’s creation of man from clay by giving him the breath of life as recorded in the book of Genesis. Myth has it that the Archangel Lucifer became so vainglorious in heaven that he staged a failed coup against God and was banished to mischief on earth with his fellow coup plotters.

The Devil is personified in imagery as a grotesque winged creature which, by Middle Ages, morphed into a pitchfork-wielding figure with a tail (see below). Always a male figure, but nothing is known about his internal organs.

He is firmly associated with Hell, which the Bible describes as a place of everlasting fire prepared for his ultimate banishment with his apostles.

It is generally believed that the Devil has empowered some people to become his disciples as witches and wizards, who go about harming others with his imbued ill powers. We, Christians, believe that the Devil, not God, is responsible for evils happening to good men. In fact, it is said that “if he weren’t around, the churches would go out of business.”

In reality, there is always a battle between good and evil. As the saying goes, “There is no neutral ground in the universe; every square inch, every split second, is claimed by God and counter-claimed by Satan.”

The battleground is our mind. The forces of God and the forces of the Devil are always battling in our minds between good (representing God) and evil (representing the Devil). At stake is the rivalry for our individual advantages for self-survival on earth.

The battle has gone through many stages in the history of humankind, starting with the prehistoric age of “Survival of the Fittest”, famously described by the Hobbs’s State of Nature. This Survival Mode 100 Level was ultimately found not to be sufficiently protective of our individual self-preservation and was discarded in favor of Hobbs’s Survival Mode 200 Level, namely the Social Contract, by which man ceded most of his individual liberty to a group by forming a society, in exchange for better protection.

The Social Contract marked the beginning of civilization in every clime and culture. The rules of engagement were further complemented with Survival Mode 300 Level: the religious advocacy of goodness to be rewarded or evil to be punished in the afterlife. The doctrine was encapsulated in doing unto others as one would like to be done unto, or in Kantian Philosophy of acting in such a manner that the principle derived from that action shall become a universal rule.

Yet to be attained is Survival Mode 400 Level: the pursuit of good for its own sake. In this mode, we do good, not for anticipated reward here on earth or in the afterlife, but rather because it feels intrinsically pleasurable.

Victory is achieved when goodness always reigns in our minds, indicating that God is in residence, and the Devil has departed.

Victory is, however, conjoined with the preservation of the earth’s atmosphere through a drastic limitation of pollutants arising from our fossil economy, which have resulted in the ongoing climate-change crisis. Only by halting our misuse of our God-given ecosystem through the use of renewable energy sources, such as solar, wind and water-related energies, plus planting trees and preserving our forests shall man thrive at Survival 400 Level, without fear of the mythical Devil or the putative end of the world.