I might not be close to Mr. Tony Nnadi on personal grounds, but his activities in the Lower Niger Congress (LNC) over the years brought us close, albeit, indirectly. On the other hand, I have been personally close to Dr. Okenwa Nwosu and Mr. Fred Agbeyegbe, both of the LNC. Fred, as the leader of Itsekiri nationalists, had been known to me from the days of National Coalition of Ethnic Nationalities of Nigeria, then under the chairmanship of late Dr. Fred Faseun of O’odua People’s Congress (OPC), when I was the President of Igbo People’s Congress (IPC). For Dr. Okenwa Nwosu, I have long been interacting with him from the angle of Igbo cultural and historical partisan to political activism.

Thereafter, we had the infamous 1914 Amalgamation of the Southern and Northern Protectorates. It is, however, important to point out here that throughout this period, Lokoja and the present Kogi and Benue States were part of the Southern part of Nigeria. In fact, Lokoja was the Garrison headquarters of the West African Frontier Force. This is why some of us who are historically lettered think it is most appropriate, at this time, to think beyond both the traditional limits of Igboland and the Biafran state as presently enunciated by Nnamdi Kanu and IPOB in our quest for self-determination. With what is going on in Nigeria today, it is clear that that the oppressive Fulani question is no longer an entirely Igbo or Biafran affair. And I believe, in all senses, that the Igbo stand to gain more in an expanded dimension of the struggle. 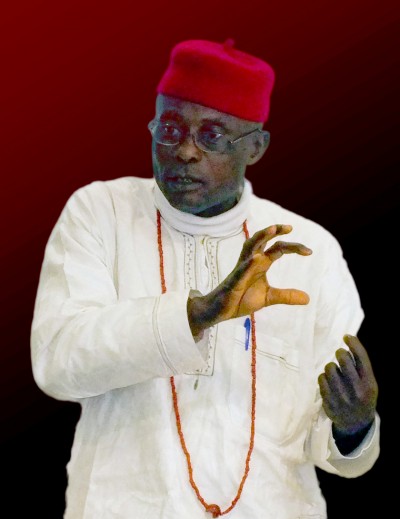 Dr. Nwankwo Tony Nwaezeigwe is a Senior Research Fellow at the Institute of African Studies, University of Nigeria, Nsukka (UNN) and a former Director of the Center for Igbo Studies of the same University.

I think most adults alive today, particularly the younger ones, have little idea about the defunct Biafran nation, the war that followed its declaration, its defeat, consequences of the defeat and the present struggles. It is impossible to restore Biafra, both in its original form and the form being advocated by the IPOB today. The defunct Biafran nation saw itself shrunken to the present Southeast geopolitical boundaries – with other ethnic nations of former Eastern Nigeria withdrawing their support thereby making it an entirely Igbo ethnic affair. The present Edo-Delta States, which include the Igbo speaking areas, were also never part of the defunct Biafran nation of the civil-war era. This explains why some of us are worried by the current IPOB pattern of operation which makes IPOB characteristically a Southeast-Igbo affair.

Realistically, can the present Southeast geopolitical zone alone make up an independent state in the context of the present geopolitical settings? This is the big question some of us unrealistically fail to address in our infantile support for IPOB.  Nobody is saying that IPOB is not doing well within the limits of its powers, especially as a very potent political pressure group thus far. But as I said earlier, it is important, at this time, to address the issue of synergy, given the ideo-intellectual deficiency of its leadership which is yet to address the issue of a clearly defined political pathway for their future Biafran state.

Here again, the LNC comes in as the most intellectually driven political movement within the Igbo boundary. With its target territory visually extended beyond the traditional historical boundaries of civil-war Biafra, it clearly makes it the potential alternative to IPOB as a political bridge-builder. Based on the vision that inspires the Lower Niger Movement (LMN), it even becomes possible for the people of Benue State and other Middle Belt Christian states, who are equally oppressed and terrorized by Fulani herdsmen, to think of synergy with the LNC and the South, going forward, more than they are doing today.

This is what the IPOB should try to understand.