Convocation of Sovereign National Conference (SNC) – a Must Before 2023 Elections

As 2019 was winding down, Nigerians in different places, including schools, universities, offices, churches, mosques, market places most deservedly discussed what Nigeria would be like in 2020 having regard to the multifarious problems that afflicted Nigeria in 2019.

Glossary of some of Nigeria’s problems:

Such ills include, but not limited, to unpaid salaries, pensions and other emoluments, spiral unemployment, different shades and shapes of violence, armed robbery, poverty, grossly underfunded institutions, poor infrastructure including deplorable road network, insecurity at home, on the road and the farms as well as killings for different motives.

In 2019, Nigeria witnessed many cases of kidnapping of Nigerians and non-Nigerians alike, high court judges, justices of the court of appeal, governors and deputy governors. The problem of insecurity came to a head around Christmas last year when the country’s immediate past President, Dr. Goodluck Ebele Jonathan, was brazenly attacked at home in Otuoke, Bayelsa State, despite the intricate web of security woven around him.

The common currency in the discussion by people from different strata of the societal ladder was where do we go from here? What should we expect in 2020? While most were pessimistic about the resolution of the problems identified above, some others were conversely optimistic. They expect that some miracles could happen and that 2020 would indeed be a better year than the preceding year.

As if the prayer of the few optimistic ones was heard, two miracles happened towards the end of 2019:

The first was the closure of Nigerian borders with the Niger Republic and the Benin Republic, which has brought a modicum of hope to the economy. For example, many Nigerian farmers have now gone back to their farms with the firm belief that they now have a ready market for their farm products unlike the practice before the border closure when their farm products were pushed to the back burner because of illegal importation of items like rice, fish, maize and others from neighboring countries.

The second was the sudden change of mind by the Federal Government, when like a bolt from the blues, news filtered in on Christmas Day that President Muhammadu Buhari had released Col. Sambo Dasuki, President Jonathan’s National Security Adviser, NSA, who had been incarcerated since December 2015 and Mr. Omoyele Sowore, the Founder of Sahara Reporter and the proponent of #Revolution Now, who has been in the gulag for four months before his eventual release.

I joined millions of Nigerians in commending President Buhari for obeying Court Orders, thereby firing the hope that this government believes in the Rule of Law. It is trite to emphasize that the Rule of Law is the solid pillar on which democracy properly so-called stands.

But no matter how well-placed the intention of the President and other Nigerian political leaders to tackle the problems highlighted above may be, such intention might come to naught unless Nigeria identifies the root causes of the problems and proffer workable solutions to them properly and quickly too.

There is this time-tested Yoruba aphorism, to wit: “Ebi kii wonu, ki oro miran wo” which translates roughly to “when a man is poor, he becomes hungry, when he is hungry, he becomes angry and when he is angry, he can engage in any vice-like kidnapping, larceny, outright robbery and all forms of violence that were alien to our land in the days of yore.”

Those of us who are over 80 years old will recall that there was no poverty in Nigeria in those days. This was simply because everybody was gainfully employed. Even those who were engaged in other vocations like bricklaying, hair-cutting, trading and carpentry still engaged in agriculture if only to feed members of their immediate families. That was the trend in those days. It is my humble view that it is only when our problems are identified that we can proffer solutions to them.

Knowing that Nigeria contains more than 250 ethnic nationalities with different cultures, languages, religions and customs, Nigeria’s founding fathers, after sitting together in Lancaster House in London for almost 10 years, fashioned out a constitution that united the different ethnic nationalities. This was one of the main reasons why both the 1960 Independent Constitution and 1963 Republican Constitution worked well before the military made a forceful incursion in governance following the military coup of January 15, 1966.

In essence, when the 1960 and 1963 Constitutions were in operation in Nigeria, poverty and other problems afflicting Nigeria today were virtually non-existent in the country.

The 1999 constitution should be jettisoned because it encouraged indolence, lack of creativity, greed and avarice, wanton struggle for positions in the central government and the untoward attitude of begging for monthly allocation from the Federal Government. It is common knowledge today that politics has suddenly and lamentably become the only lucrative business in the country.

Jostling for the 2023 elections:

Already, those who are benefiting from the mess created by the warped 1999 Constitution, making billions of naira at the expense of the massive majority of Nigerians, are already angling for the 2023 elections instead of addressing the problems inherent in and caused by the 1999 constitution. 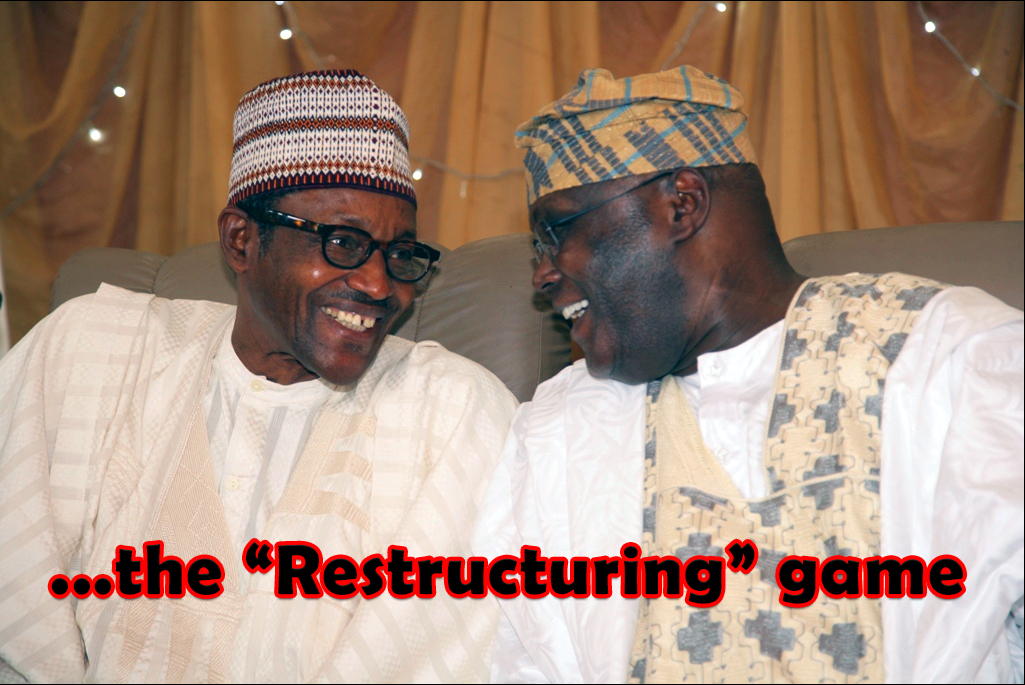 Truth be told, Nigeria cannot afford the extension of the warped 1999 Constitution and the attendant sufferings it has imposed on the majority of Nigerians for another four years. The consequences can only be imagined. I would, therefore, like to personally appeal to President Buhari to follow up on what he began towards the end of last year by surprising Nigerians with a bill to the National Assembly asking for the convocation of a Sovereign National Conference.

There is an urgent need to replace the 1999 Constitution with a people’s constitution. But unfortunately, this cannot be achieved by the present crop of legislators in the National Assembly being the major beneficiaries of the rot. To maintain the status quo, what the present caste of Legislators have been doing is to amend, re-amend and further amend the extant 1999 constitution. They should appreciate that no one can successfully mend a skyscraper, which is devoid of pillars: such a skyscraper will simply fall like a house of cards. In the circumstance, what we need to solve the multiplicity of problems is the convocation of a Sovereign National Conference.

What is Sovereign National Conference?

A Sovereign National Conference is one convened to reconsider the country’s political future. It is designed to carry out political transformation, in other words, to chart a new course. It is appropriate where the economic, political and social structures seem incapable of solving the problems of the country as it is in Nigeria today so that instead of resorting to arms, a peaceful and orderly change can take place. The distinguishing word “sovereign” in a Sovereign National Conference, therefore, connotes that the body is not merely advisory or consultative. Rather, it is an assembly of elected representatives of the Nigerian people, backed by an enabling law, with the mandate and power to fundamentally restructure the political, economic, social and constitutional future of the country.

A Sovereign National Conference will not have any “no-go areas or non-negotiable issues”. Rather, it will have the broadest mandate to determine the political, economic, social, judicial, legislative and security structures of the federation, which will include issues of state police, fiscal federalism; multi-religiosity; separation of powers, bicameral legislature or otherwise, salaries and emoluments of legislators, fundamental human rights; and fundamental objectives and directive principles governing the coming together of different parts of Nigeria as a federation. 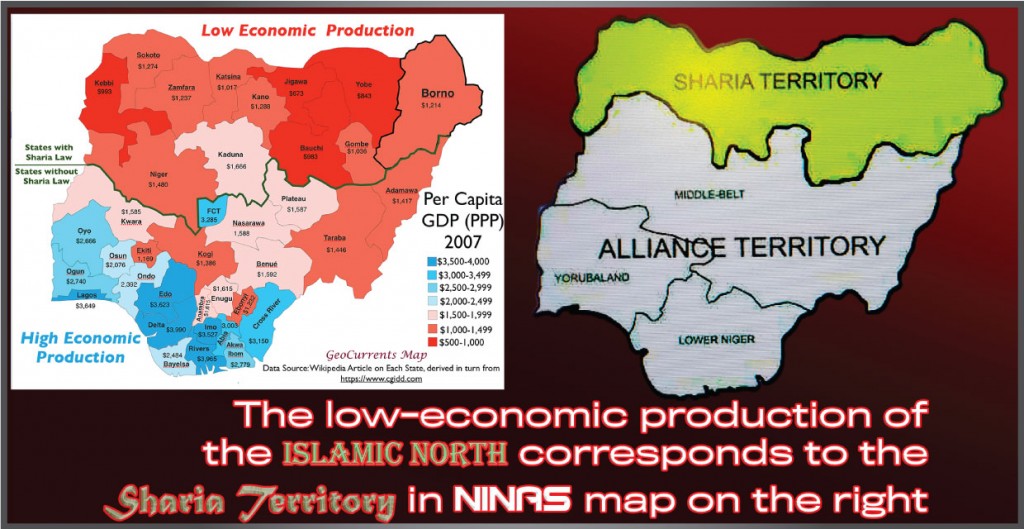 Nigeria has overtaken India as the poverty capital of the world. 80% of Nigeria’s desperately poor inhabit the Sharia Territory of the Islamic North.

The enabling law would ensure that the outcome of the Sovereign National Conference will receive the status of a draft Constitutional Reform Bill which will be passed by the National Assembly without any amendment.

To ensure broad-based representation and efficiency, the Sovereign National Conference should be convened as follows:

Every ethnic group in Nigeria should be represented at the Sovereign National Conference.

Representatives of accredited professional, religious and non-governmental bodies, who will be distinguished personalities with unimpeachable records. Such organizations will be proportionately represented, based on their numerical strength.50-50 representation for both women and men. At least 20% representation of youths in the SNC.

Here, I adopt the African Union’s definition of youth, which is “every person between the ages of 15 and 35 years”.

The principal officers (chairman, deputy chairman and secretary) of the Sovereign National Conference to be elected internally by its members during the inaugural sessions of the body.

I repeat that our constitution is the greatest problem of Nigeria which is a country of nations. To get out of this quagmire and particularly as a follow-up to his new mindset of closing Nigeria’s borders with Niger Republic and Benin Republic to save Nigeria’s economy from the influx of illegal importation of agricultural products and the release of the duo of Col. Dasuki and Omoyele Sowore from detention, I humbly appeal to President Buhari to immediately send a bill to the National Assembly proposing the convocation of a Sovereign National Conference.

No election before a new constitution:

This is the way to go if we are to make it as a nation. I wish you all a Happy and Prosperous 2020.