The Trump Presidency Has Been So Disastrous; Polls Suggest Biden Win in Coming Election by a Landslide – Femi Aribisala

A poll conducted by Pew Research Center revealed that Donald Trump is disliked by a majority of people virtually everywhere in the world except in a small number of countries. Among these are Nigeria and Israel. Even in the United States, where Trump is president, 52% of the people not only agreed with his impeachment by the United States House of Representatives, they also wanted him summarily removed from office.

The paradox of the love for Trump in Israel lies in the fact that he is hated by American Jews. They hate his politics and are not fooled by his overtures to Israel, which they believe militates against any peace process with the Palestinians. They are also concerned that he has turned the traditional bi-partisan American support for Israel into partisan Republican support.

American Jews are traditionally liberal Democrats. They know the rise of Donald Trump is directly responsible for the rise of anti-Semitism in the U.S. They know that, despite his pretenses, Trump himself is as anti-Semitic as his core supporters. That is why he defended the rioters at Charleston, South Carolina, who were chanting: “Jews will not replace us.”

Yet, even more paradoxical is the Nigerian love for Donald Trump. If African-Americans refuse to support Trump, who is virulently racist, why should Nigerians love him?

Trump hates Nigeria. He called Nigeria “a shithole country.” He castigated the Nigerian president as “lifeless.” His “America First” policy does Nigerians no favors. Under Trump, Nigerian immigrants are no longer accorded permanent residence visas to the United States. Trump has publicly stated his preference for lily-white Scandinavian immigrants instead of Blacks from Africa.

In the 1970s, the U.S. Department of Justice sued Trump for racial discrimination in his real estate business, and won the case. The problem was that Trump violated U.S. government policy by refusing to rent housing to Black tenants.

In 1989, Trump falsely accused four Black teenagers and one Latino (the Central Park Five) of attacking and raping a jogger in New York. He ran ads in newspapers asking the teenagers to be given the death penalty. The teens were convicted and sent to prison, but after 7 to 16 years, their convictions were reversed when they discovered they were innocent.

Mary Trump, the U.S. President’s niece, confirms that disparaging Blacks and using racist and anti-Semitic slurs were commonplace among the older Trump generation.

In 2016, during his earlier campaign for president, Trump refused to disavow the Ku Klux Klan, an infamous racist hate group. As president, he pandered to white supremacists at the racial uprising in Charleston. More recently, at his debate with Joe Biden ahead of the 2020 American presidential election, Trump again refused to denounce white supremacists. Instead, he told the cantankerous and narcissistic “Proud Boys” to: “Stand back and stand by.” 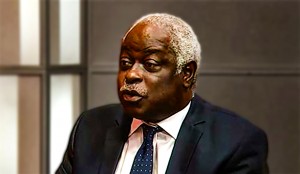 Femi Aribisala is Chairman, Financial Nigeria International Limited. He also writes a popular column on the Christian faith in one of Nigeria’s newspapers.

Trump’s political rise was in reaction against a Black man, Barack Obama, becoming president of the United States. Obama’s election was a watershed moment in American politics. With it, conservative American whites sensed imminent danger to white supremacy.

Obama won by stringing together a rainbow coalition of Blacks, whites, Hispanics and Indian voters. Population trends indicate it is a matter of time before the U.S. becomes a majority non-white society. But not without a fight from racist whites.

So, a champion emerged in the person of Donald Trump, whose mission was to slow down the process, if not possibly derail it altogether. Trump embarked on this process by championing the “birther” movement against Obama; a racist coalition that insisted falsely that Obama was not born in the U.S. and, therefore, was an illegal president.

Even after it was shown conclusively through his birth certificate that Obama is a native-born American, Trump and his racist supporters continued to popularize the fake news that Obama is a foreigner.

After two terms of Obama, Trump ran for president on a platform designed to reverse everything the former president did. Trump says his agenda is to “Make America Great Again.” But this is a dog-whistle for “Making America White Again.” Trump is determined that non-white immigration to the U.S. must be restricted to the barest minimum.

Why then would 58% of Nigerians (according to the survey by Pew) love Trump despite his racist credentials? My answer is simple: Nigerian Trumpkins are ignorant. They don’t know Trump. Therefore, they ascribe to him what is anathema to him.

Latter-day Biafran secessionists in Nigeria see Trump as their champion. The nationalism intoned in Trump’s “America first” mantra is for these Nigerians a rallying cry for “Biafra first.” They also assume that because Trump supported Brexit in the United Kingdom, he would support “Igbo-exit” from Nigeria. That is simply wishful thinking.

Donald Trump is well-known for only thinking about Donald Trump.  He does not even think about Americans, much less Igbo Nigerians. His sister has been caught on tape, saying Trump does not even care about his supporters but is only fooling and using them.

Like Nero, Trump has fiddled while over 200,000 of his countrymen have died from COVID-19, all the while saying the disease was a hoax that would miraculously disappear. It is karma that Trump himself is now afflicted by the COVID-19 hoax.

If Trump does not care about Americans beyond his political and electoral fortunes, it is preposterous for Ndiigbo in Nigeria to presume he cares about them and their dreams of Biafra.

While a hypothetical Biafra has no strategic relevance to American security, Ukraine does. However, Trump held back strategic military aid to Ukraine in order to Blackmail its president to come up with false corruption claims against his political rival, Joe Biden.

Trump’s disregard for Nigeria, in particular, and for Africa in general, is evident in the fact that after almost four years in office, he has not found it necessary to fill the posts that address U.S. policy towards Africa. To date, the United States has no Assistant Secretary of State for African Affairs. The post of the Senior Director for Africa on the U.S. National Security Council remains unfilled.

Trump’s islamophobia also seems to resonate with Biafran irredentists, who blame Northern Nigeria’s Muslim leadership for decades of Igbo oppression and exclusion from the Nigerian mainstream. What they fail to recognize, however, is that sleazy Trump is also a key ally of Muslim Saudi Arabia, the chief financier and exporter of Islamist extremism in the world.

Nigerian supporters of the U.S. president like him because his right-wing Republican base is against abortion and he is populating the U.S. judiciary with anti-abortion judges. As a result of all this, 75% of Christian evangelicals in the U.S. support Trump.

What Nigerian Christians fail to realize, however, is that Trump is a classic wolf in sheep’s clothing. Trump does not talk like a Christian and he does not live as one. He hardly ever goes to church and is a foreigner to the scriptures. He once made a mockery of himself by saying “Two Corinthians” instead of “Second Corinthians.”

There is nothing Christlike about Trump. He is an adulterer and a serial womanizer. He publicly humiliated his first wife, Ivana, by having a lurid public affair with Marla Maples that was serialized in the tabloids.

There is a case before the New York Court of Appeals about Trump paying hush-money to prostitutes. This case is waiting for him to leave the presidency. It has already sent Trump’s lawyer to jail.

Trump is a transactional politician. He only likes those who like him, and he supports those who are beneficial to him. He is on record despising Christians, claiming pastors are stupid, but he aligns himself with the American evangelicals simply because of the votes they can deliver at the polls.

He has no ideological convictions. He was a Democrat before he became a Republican. Trump was in support of LGBT rights, welcomed them in his hotels and clubs before he denounced them just to ingratiate himself with the religious right. He only became against abortion when it was time for him to run for the presidency.

Trump is a corrupt and fraudulent man. He created a fake Trump University, which he used to defraud the innocent. He was declared guilty in court and had to refund $25 million to the students.

He created a charity, the Donald J. Trump Foundation, to collect money from the public. He was accused of misusing the charity’s funds, including spending $30,000 to buy a portrait of himself. The foundation agreed to shut down and a judge ordered Trump to refund $2 million.

The Washington Post found that, since becoming president, Trump has been caught publicly making false or misleading claims over 20,000 times, as of August 2020. Trump’s Twitter feed alone, which is full of insults, slanders, lies, and mischaracterizations, is eloquent testimony of his moral depravity. These are hardly the credentials of a committed Christian.

Many of the people who have worked with Trump as president have walked away, describing him as capricious, egocentric, and dangerously ignorant. They say he is a president who does not like to read and spends most of his time watching television or spewing hate and insults on Twitter.

According to his niece, Mary, Trump paid a proxy to take the exams that got him admitted to the University of Pennsylvania’s Wharton Business School. It is not surprising, therefore, that the president of the most advanced country in the world is incredibly ignorant on so many levels.

His interminable tweets show he has problems spelling English words. He does not believe in science, insists climate change is a hoax and claims windmills cause cancer.

Trump lost the 2016 election by three million votes but won on the technicality of the electoral college, a system that exaggerates the political significance of the less populous states vis-à-vis the more populous ones.

But the presidency of Trump has been so disastrous. It can only have one effect: to tell Americans that under no circumstances should they re-elect Trump as president. The polls suggest that Donald Trump will lose the coming election by a landslide. 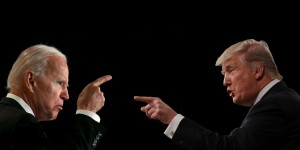 On the left is Joe Biden, the Democratic Party presidential candidate. On the right is President Donald Trump of the US. The election is on November 3, 2020.

After his political demise, every facet of Trumpism will be dismantled, ensuring that another Trump does not emerge again in American politics. The electoral college system is likely to be abolished, and Trump’s conservative Supreme Court is likely to be diluted by adding four new liberal justices.

It should be noted that Trump’s presidency has not stopped the ascendancy of Blacks in the American political space. Issues that affect Blacks are now on the front-burner of American politics. In all, the bye-elections since the ascendance of Trump to the presidency, the Black vote has been decisive in provoking the resurgence of the Democratic Party.

My prediction is that the Trump years are destined to be viewed primarily as an aberrant apologetic era in American history.

Femi Aribisala was the Special Adviser to Professor Bolaji Akinyemi as Foreign Minister of the Federal Republic of Nigeria. He holds a Ph.D. in International Relations from Oxford University. He also writes a popular column on the Christian faith in one of Nigeria’s newspapers.