Issued by Chinua Achebe Centre for Leadership and Development (CACLAD). (Result of the Research about Fulani herdsmen militia.)

The most significant problem that African nations face is lack of leadership. Normally, Leadership should be an intentional conscious effort to attend to the people’s needs and aspirations. But in Africa, even though many of those that are thrust into the position of leadership mean well, they lack the capacity to lead and meet the people’s hopes and aspirations. Apart from lack of adequate preparation for leadership, one other notable factor that had inhibited good leadership among African leaders is the seemingly non-existent structures for research and information management in the society. Hence, many well-meaning leaders often do not have the requisite information needed for a thorough appraisal and resolution of problems as they arise.

A clear example is the recent terrorist attack in Enugu State of Nigeria and the obvious ignorance of the state leadership on the modus operandi of the Fulani herdsmen militia which led to poor executive decisions. For a long time, the Nigerian state has been under siege by Fulani herdsmen terrorists operating under a predictable pattern of reconnaissance, attack and withdrawal, leading to many deaths and social dislocations. Since January 2016, there has been documented deaths of approximately 1000 Nigerians from across the Middle Belt, the Southsouth, and Southeastern parts of the country from these coordinated Fulani herdsmen militia attacks.  The Fulani herdsmen militia are credited with destabilizing the city of Jos, a once tourist destination; and their history of mayhem extend beyond the borders of the Nigerian state. They are also the major actors/catalyst to recent conflicts in the Central African Republic. Armed with adequate information about these murderous group, one would have expected governors in the Southeastern states, especially those whose citizens were murdered in cold blood by these terrorists, to come out with a strong condemnation of the Fulani herdsmen militia carnage and unify towards a common-cause solution. On the contrary, events in the past weeks only showed confused state executives, who do not even understand the magnitude of the problem at hand. 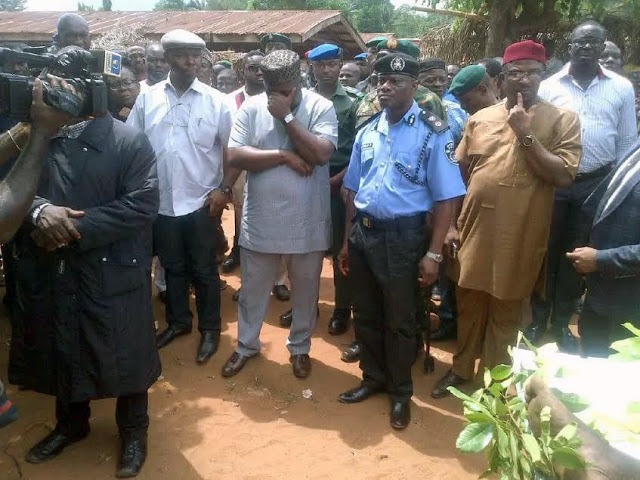 In fairness to these governors, some of them mostly followed the normal state security protocol in responding to this abnormality, hence the failure to protect the citizens was the liability of the Federal Government of Nigeria and its armed forces. Though we do not excuse the shabby response of these governors to the Fulani herdsmen militia tragedy, we are inclined to give them a slack because to solve a problem, one needs to first understand the problem. The governors did not understand the problem. Most Nigerians and international bodies do not understand the Fulani herdsmen militia problem and we at CACLD did not initially. We, therefore, dispatched a fact-finding team to the Southeastern part of the country to unravel the intricacies and complexities of the Fulani terrorist group; a group rated as the fourth deadliest by respected international conflict organizations (According to the Global Terrorism Index 2015 report; Fulani militia killed 1,229 people in 2014 — up from 63 in 2013, thus making them the fourth deadliest terrorist group in the world).

Our fact-finding team visited “Ama Hausa and Garki” camps in both Enugu and Abia states. They also interviewed neighbors from the local communities living within and around the Hausa communities in both states. Both the Northerners and the local communities were very open and volunteered valuable information to our team. There seems to be a willingness and eagerness for the violence to end. Below, we will present our findings in numbered points.

For clarity sake, let us present the breakdown of Fulani people in Nigeria as we deduced from our investigation.

There are about 5 million Fulani people in Nigeria making them one of the smallest ethnic group in the country.

Out of the 5 million Fulani people, only about 3 million of them are Nigerians. The remaining 2 million come from outside the country and are first generation immigrants.

About 60 percent of the Fulani in Nigeria are governors, pastors, imams, emirs, Sultan, House of Rep members, importers, exporters, Oil well owners, lecturers, Vice Chancellors, government ministers, Senators etc. In a nutshell, the Fulani control all sectors of the Northern economy. These rich Fulani own all the cattle being reared in Nigeria.

The remaining 40 percent of Fulanis come from outside the country. These are the poor and peasant Fulani. These immigrant Fulani are mostly in charge of the cattle owned by the bourgeois Fulani. Because the Fulani have the highest income per capita in the Nigerian state (Fulani who are Nigerians), they constantly need to import their poor brothers and sisters from outside the country to increase their population (the Fulani’s always either marry into rich families or they would marry only Fulani to maintain their pure race) and to help with menial jobs.

In Garki and Ama-Hausa settlements all over the country, there exist a few Nigerian Fulani (some are born in these states) who coordinate the cattle business. These Fulani either help manage family cattle or are just contracted middlemen in charge of the business on behalf of various millionaire cattle owners. They themselves are also millionaires. Under these middlemen are about a group of 20 to 40 Fulani boys, within the ages of 20 and 35. These are the unofficial Fulani herdsmen security team whose job is to protect the Fulani herdsmen cattle.

Lastly, there is a group of Fulani herdsmen who rear the cattle from the North to the South. These are at the bottom rung of the Fulani herdsmen ladder. Some of them do not even know how to speak English and are so poor that they are paid just a little amount of money for their job. These REAL herdsmen do not carry guns. They only carry arrows and machetes to help them navigate the bushes on their way down to the South.

We learned from the surrounding communities and from some of the Hausa elders about what constitutes a Fulani herdsmen militia attack. According to information we received, when there is a disagreement between host communities, or between herdsmen and farmers, the Fulani herdsmen who accompany the cattle will locate the nearest Fulani settlement and if there is none, they will locate the nearest Garki or Ama Hausa. When they arrive, they will narrate their story. The Fulani (Nigerian middlemen) cattle managers will notify their top Fulani “Herdsmen” which in this case, include governors (like El Rufai) and other top Fulani bourgeoisie who own the cattle.  A decision will be made about whether there should be an attack or not on the said village or host community. If an attack is sanctioned, then modalities will be mapped out and a date will be chosen for the attack. Most times, Fulani “Herdsmen” in the military and police are notified and everyone sends a representative. Neighboring settlements send out representatives and arms caches are opened and are distributed to the participants. The major participants are the 20 to 40 Fulani herdsmen militia who reside in the Garkis and Ama Hausas. These are the Fulani warriors whose job is to kill. 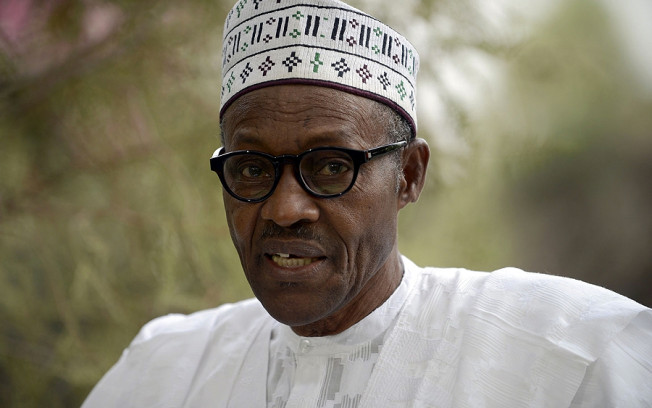 During an attack, every Fulani person in the area knows there will be an attack and all will contribute to make sure it goes on successfully. Fulani in the higher levels of the military will ensure all commands under them stand down, and the top Fulani police officers will do the same. The road is then clear for the Fulani herdsmen militia to carry their attacks.

Many of those who interacted with us suggested solutions that are very interesting. Most of the Northern Hausa and the local communities suggested a ban on grazing in the affected states. A total ban would be the only way to solve this problem. Some argued that with the Fulani’s nature of encroaching on other people’s land and territories, any attempt to give them land would aggravate the problem and not solve it.

Most villagers from Abia state suggested that these cattle be penned in the North while government releases money for people in the South to cut grasses, process the grass, and send to the North. This is the practice all over the world. They indicated that any attempt to take their lands and give to the Fulani would definitely result to a civil war.

We agree, the solution is very simple; ban grazing, establish ranches for the cattle in the North, pay the Southerners to harvest grass and send to the North. With this, everyone would be pleased with the outcome. This solution is expected to generate 1 million jobs in the South and about 500,000 jobs in the North. Also Fulani herdsmen terror will be totally eliminated.

Next time when we talk about a herdsmen militia attack, we must understand that the attack was not carried out by the herdsmen you see escorting cattle on the roads and bushes. These attacks are well coordinated and sometimes involves the approval of senators and influential men in Abuja. Even our president Muhammadu Buhari has a herd of cattle and hence is a Fulani “Herdsman”, corroborating the information we received from respondents on ground. Fulani herdsmen militia attacks involve all Fulani ethnic members in Nigeria. Most times, these attacks happen only because “respectable men” sanction them.