The Slaves of Nigeria: Acquiescence to Fulani Suzerainty Over Nigeria Is Pervasive

Many years ago, the irrepressible Hausa leader who hailed from Kano and who was the founder of the radical leftist political party called Northern Elements Progressive Union (NEPU), Mallam Aminu Kano, said,

“Until the Fulani Emirs are toppled, Northern Nigeria will not know peace”. (https://goo.gl/kEc8W8)

History has proved him right. The feudal structure of the North and its deeply conservative ethos have resulted in nothing but retrogression, poverty, disease, radical Islam, terror and killer herdsmen.

Yet the problem goes much further than the North: it extends to the whole of Nigeria. Worse still, it has affected the psyche of the Nigerian people and left them with a very low self-esteem.

We have become victims and casualties of our modern history and little more than miserable serfs in a Fulani-controlled artificial, man-made vassal state which deems non-Fulani as nothing more than the biblical “hewers of the wood” and “drawers of the water”.

In our very own eyes, we are nothing and in our hearts we believe that the Fulani are everything. We bow and tremble before them, we jump when they sneeze or express their displeasure and we smile and commend them when they commit all manner of abominable atrocities and slaughter.

The bitter truth, which few wish to hear and even fewer are prepared to acknowledge, is that the fundamental problem of the Nigerian is that, subconsciously, he has accepted the erroneous and false notion that he is a slave to the Fulani. 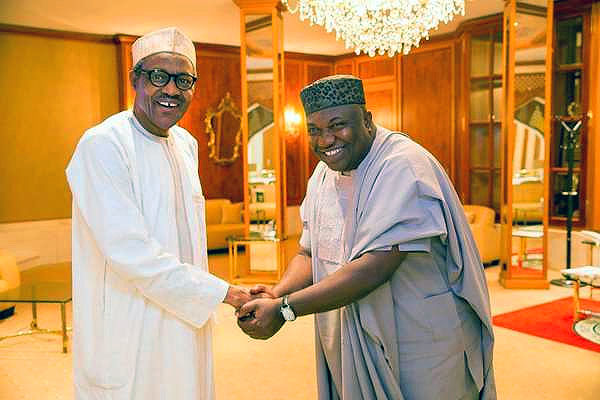 He has been robbed of his identity, history and culture. He does not know where he is coming from or where he is going.

He suffers from a grave, crippling and debilitating inferiority complex which has robbed him of his ability to think in a rational way or protest any act of injustice and barbarity that he or she is subjected to by his Fulani slave masters.

This applies to every Nigerian both from the North and the South. The challenge of our time is to shatter that notion, free their minds and break their chains in spite of their weakness and their reluctance to fight for their own freedom.

For example, look at a man like General Yakubu Gowon our former Head of State. The Fulani have been slaughtering his Plateau people for years yet he cannot bring himself to condemn them publicly.

Instead, he says things like “restructuring Nigeria is impossible” which is exactly what the slave masters want to hear.

This is one of the most shameful and retrogressive assertions in contemporary Nigerian history and sadly it comes from a man who claims to pray.

Has Gowon forgotten that Bible says “with God, ALL things are possible?”

Again hear what Gowon had to say about the cause of the Nigerian Civil War 47 years after it ended.

He said Colonel Emeka Odumegwu-Ojukwu, the leader of Biafra, caused the Civil War by lying about what transpired in Aburi. This is false. Ojukwu told no lie.

Gowon agreed to all the terms in Aburi but when he got home, he reneged on the agreement simply because the power behind the throne and the de facto leader of Nigeria, a Fulani army officer by the name of General Murtala Mohammed who led the July 29th 1966 Northern officers “revenge coup” and who put Gowon in power, said so.

Gowon’s concessions at Aburi were unacceptable to the Fulani ruling class so the whole thing was thrown out of the window. This is what led to the Civil War.

Sadly, the tales of woe and servility do not stop there. Look at a man like Asiwaju Bola Ahmed Tinubu who has suffered every form of insult and indignity over the last two years from the Fulani CPC and President that he helped put into power in 2015.

He literally helped to enslave his Yoruba people and fellow Southerners and he consolidated and fortified the relentless subjugation, bondage and humiliation that the people of the Middle Belt have been subjected to by the Fulani for the last 100 years.

Yet, despite that, he now says he still “has confidence in Buhari”. Poor him.

Do slavery and the selling of one’s soul, heritage and kinsmen not have limits?  Is there no pride and dignity left?

Must some live on their knees and lead others into servitude and perdition? By the time Buhari finishes with him, he will wish he had never been born!

By the time the Fulani finish with Nigeria, we will all be speaking Fulfulde and have a cow in our backyard.

Permit me to conclude this contribution with perhaps the most graphic and appalling example of crawling servility and protecting and serving the master’s agenda. 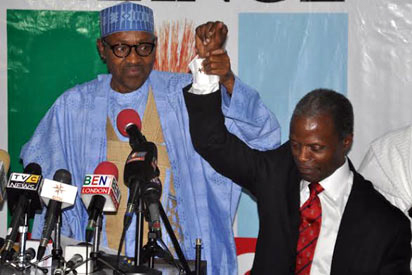 This was provided by none other than Vice President Yemi Osinbajo who went to Lagos and told a gathering of Christians that “nobody can Islamize Nigeria”.

That is exactly what the leaders of Egypt and Turkey once said. They both used to be 99% Christian until they let down their guard. Now, they are both Muslim countries with tiny Christian minorities that suffer untold hardship and persecution.

Leaders must LEARN from history and STOP IGNORING it.

The truth is that Osinbajo betrayed the Church by pairing with a man who HATES Southerners and Christians but because that man is a Fulani, it did not matter to him.

He went on bended knee and served his principal as if the man were God. And for him, he was prepared to betray not just his kinsmen and people but also his own faith.

And the result is as follows: under Buhari, the head of EVERY military and security agency in our country, except for one, are headed by Northern Muslims and every parastatal in the energy sector is headed by a Northerner.

The D-8 countries are Bangladesh, Egypt, Indonesia, Iran, Malaysia, Nigeria, Pakistan and Turkey. They all have one thing in common: ISLAM.

Osinbajo talks down on the Christian Association of Nigeria (CAN) for raising the alarm of islamization. Nigeria is now a member of EVERY international Islamic organisation yet, according to him, there is no islamization agenda!

Are we to keep quiet until they either pull down every Church or announce it officially? Somebody needs to talk to the VP.  He has forgotten why he was named the running mate to Buhari instead of his mentor, Bola Tinubu.

He needs to study the book of Esther before it is too late!

May God deliver us from these slaves and their relentless masters!

Such is the disgust that many feel about the shameful behavior and self-serving utterances of Vice President Yemi Osinbajo that the President of CAN, Rev. Samson Ayokunle, was constrained to warn him and advise him to educate himself and stop attempting to prove his loyalty to Buhari by slamming Christians in the country. Ayokunle has displayed courage and fortitude by offering this timely admonition. Let us hope that Osinbajo listens.

Permit me to conclude with the words of President Abraham Lincoln. He said,

“To sin by silence, when we should protest, makes cowards out of men”.

The Nigerian people have much to learn from this great man’s insight and wise counsel. May God grant us courage and faith.