From Begging to Banditry: Revolt of the Almajiris of the Arewa North

A revolution is underway in the Northern states of Nigeria. The downtrodden constituting 99.9 percent of the population, hitherto docile beggars, saying Ranka-‘n dede to the privileged 0.1 percent, are sick and tired of begging. They are now demanding for their own share of “the national cake” to be delivered to them – at gun or cutlass points.

Nigeria will never be the same again. The North is now gradually sliding into the dictatorship of the beggars or Almajiris.

As usual, Nigerian pseudo-socialists, like the original European promoters of the idea, had not expected the least developed region in this country to trigger the revolution, just as the uprising which occurred first in Russia and died there as well was wrongly predicted. Our local copy cats had been writing and talking about revolution in Nigeria on the assumption that highly educated Nigerians would lead it.

History might eventually record that the Nigerian revolution (and make no mistake about it, there is one on) was spearheaded by those with nothing to lose – no job, no house, no family to speak of, and no hope.

For too long, there has been ample evidence to prove that the most difficult enemy to fight is one who has nothing to lose.

The privileged class in Nigeria had been busy since 1914, and particularly since 1960, nurturing millions of fellow citizens who can only be described as people without hope living in another Nigeria from the one inhabited by their overfed leaders.

“There are only two families in the world; my old grandmother used to say, the Haves and the Have-nots.” Miguel Cervantes, 1547-1616.

It has always been a puzzle to me why leaders – Presidents, Governors, Ministers, Commissioners, party leaders – who we presumed were/are intelligent and wise could have individually and collectively failed to understand that we cannot continue to increase the number of jobless adults and children out of school without eventually reaching the breaking point. Nigeria has one of the widest income disparities in the world – less than one percent own over seventy percent of the wealth.

The North, as a whole, is the worst – with the Northeast and Northwest being the absolute worst. For as long as anybody can remember, religion has been misused to get the vast majority of “have-nots” to accept their penury as an “act of Allah”.

The extremely wealthy, even if the wealth was accumulated by looting the public purse, got away with robbing the masses because of the pervasive docility. Every delinquent individual readily was submissive to the privileged whose only obligation was to give a pittance to the people they have robbed by way of almsgiving.

A governor caught on video receiving bribe shows no remorse and even receives presidential endorsement because the president and governor belong to the oppressive class. Class solidarity was always more important than justice. For over four decades since first setting foot in the North, I had wondered when the injustice would result in absolute rebellion. I was certain that the system of institutionalized serfdom could not continue forever.

The chickens have come home to roost in the North and the revolt might spread all over the country. The former beggars have dropped their bowls and have acquired bullets and guns. They are now forcing the Haves, who have suppressed them to pay. Henceforth, it will be “Your money or your life.”

The report by DAILY TRUST a few weeks ago is revealing. The four most dangerous places to be in Nigeria today from the standpoint of kidnapping and murder are Zamfara, Katsina, Kaduna and Federal Capital Territory. President Buhari resides in two of them.

Mass poverty in Arewa North starts from early childhood. High birth rate and high infant mortality in Muslim polygamous households end up with millions of children abandoned in early childhood to fend for themselves through begging and association with a plethora of Madrassa schools that abound in large urban centers. Lack of formal education and skills make the amajiri youths unemployable.

“If there is the government in place, then it should listen to people and address the security challenges. We have mass burials from time to time and there is no sign that the government cares about what is happening.” – Catholic Bishop of Yola, Rev. Stephen Mamza. To that query, President Buhari gave an answer which is most pathetic and which tells us all we need to know about why we are in this mess and may never get out of it. Read what our leader said. Speaking through one of his echoes, we were told that “but for Buhari’s efforts, Yola and other towns in Adamawa and the rest of the Northeast would still be under the control of Boko Haram.”

Two reasons among several render that rejoinder most unpatriotic. One, there was never a time all of the Northeast or Yola were under the control of Boko Haram. Parts of them – yes, but not the entire region. A president does need to stretch a small truth to the breaking point in order to exonerate himself. Two, on the same day that the President’s spokesman was uttering that falsehood, Nigerians were informed thus:

“Gunmen kill 14 in Katsina and Benue.” Nine of the fourteen were slaughtered in Katsina State. Under Jonathan, nobody was killed in Katsina State and Kaduna had not become the murder capital of Nigeria. While the Bishop was making a general observation about insecurity, Buhari and his small-minded spokesmen turned the entire problem to a political debate – APC versus PDP. With such little intellect at the top levels of government, it is easy to understand why Buhari might be the last to grasp the significance of what appears like random violence ravaging Nigeria now. Allow me to present a true account of what happened four days to Easter previous week.

“The Devil finds work for idle hands.” I was in Suleija after venturing into a part of Nigeria which was once very safe but which has now become like the “lion’s den” for travelers – especially for those driving good cars and are well-dressed. Not to test my luck, I had chartered an old jalopy from the Motor Park instead of the usual Toyota Camry. We stopped at a filling station to refuel and my eyes could not believe what they saw.  A leading member of the National Assembly (NASS) was sitting in the backseat of a car which no panel beater would touch. I recognized him and moved to introduce myself and to ask what the matter with his cars was?

Almost in tears, he told me he was heading for Kaduna state, but he had to disguise out of fear of being kidnapped or murdered. He would enter his community at night and depart before the light of dawn for safety. His family once paid ransom to kidnappers and he was not ready to go through the trauma again. He finished with words that will live long in my memory.

“The kidnappers we dealt with were all graduates. They spoke good English. They said they were all unemployed and they too must live somehow. Dr. Dele, God save the North. We are in deep trouble.” He was not alone.

I know people who would spend every possible weekend in their country homes in Kaduna State until a year ago. That was three years after Jonathan left the office and Buhari took over. They don’t go anymore – unless it is absolutely necessary. The Governors of Zamfara and Katsina recently cried out loud that their states were under the control of bandits and kidnappers. The Presidency does not dispute those claims. The Governors of Zamfara and Katsina under Jonathan never cried all the way to Abuja that their states had been taken over by criminals. The fact that the President’s own state is under siege by gunmen should have been embarrassing to the people (if that is the right word?) at Aso Rock if commonsense is still present there.

If the President’s men and women have taken any trouble to collate the crime reports daily presented by all our newspapers, they would have discovered an alarming correlation between unemployment and serious crimes in rural and urban communities. Even the murders seemingly committed for rituals have as their goal acquisition of wealth by people whose means of legitimate livelihood is not secure. The North has more of them and it is breeding them faster than any other part of the country.

When in 2006, Dr. Oby Ezekwesili was the Federal Minister of Education and the number of millions of children out of school was reported, any demographer could have told President Obasanjo that the bandits and kidnappers of 2019 were already with us waiting to grow up and terrorize us. The five-year-old boys of 2006 are now lanky eighteen-year-old lads; the ten-year-old have turned to men 23 years old. While the very young might be afraid to kidnap, rob and murder, the eighteen-plus, without parental guidance all the time, are not so restrained. There are millions of them now. That is bad enough. Now we have a new set of future delinquents – ten to thirteen million – out of school. Most of them will live to reach eighteen and above. Millions of their older brothers identified in 2006 will still be alive when the fresh crop of idle hands gets set to be engaged by Satan. The numbers will swell and the security forces will never be able to cope with the deluge of criminals unless we do something urgently. The problem is national. 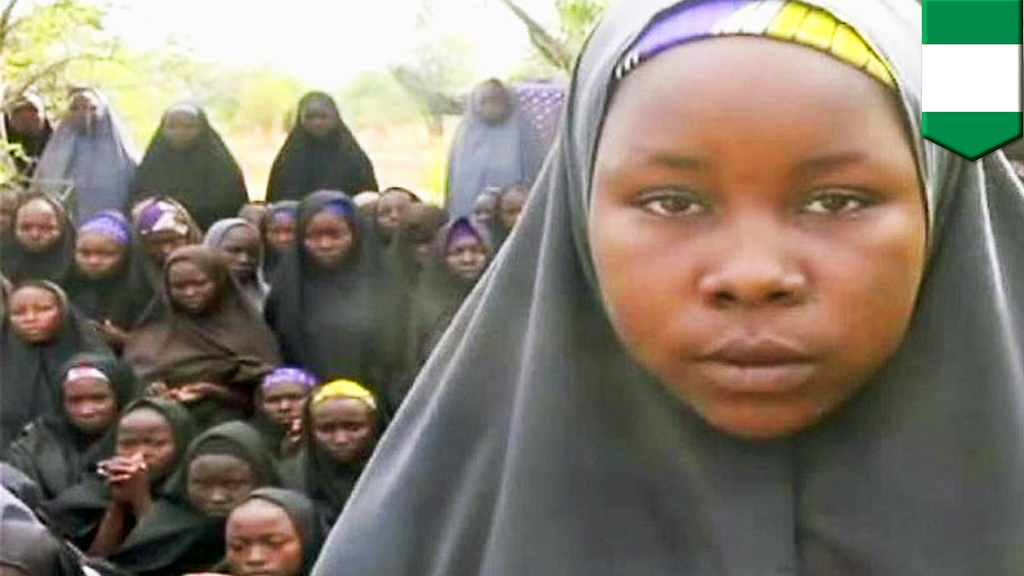 Kidnap of teenage schoolgirls from their dormitories in Chibok is a drastic means to curb exposure of the youths in Muslim Northern Nigeria to formal education & Western worldview.

But, the North is now experiencing a revolt of the beggars. They no longer wait patiently at the gates of the few wealthy people in their communities. They now have set about redistributing wealth by violence.

No better definition of revolution can be found anywhere. Hitherto, they were afraid of the rich and powerful. Henceforth, the privileged will be fearful of them. It is no coincidence that Kaduna-Abuja expressway has become the frontline of battle.

A good percentage of the over-pampered Northern elite travel through that route on their way to their well-appointed palaces. Next to that is Katsina. It is the home of the newly-rich. More public officials from that state had been alleged to embezzle public funds since Buhari became President than ever before.

The bandits can observe new mansions springing up and they want their share of the loot. Kidnapping will not end any time soon. Like vultures, bandits and kidnappers can literally “smell money.”

They are not even afraid of the security forces. They fight back; they can afford to select their targets. They know the army is overstretched and cannot be everywhere. Most important of all, they have nothing to lose. The soldier who dies in conflict with them probably has a wife and children. He really does not want to die.  The bandits have nobody waiting for them at home.

That is the nature of the army which Nigerian leaders have assembled and which is now launching a full-scale assault on the country – especially the North. They have thrown away the begging bowl; they now confront the rest of us with bullets and guns. We might be engaged in this war for fifty years or more.