United Arab Emirates, a Seemingly Hopeless Piece of Desert on Unwanted Part of the Arabian Peninsula, Is a Success Story Today

The Arabian Peninsula has a very rich history dating 6000 BC. The peninsula was occupied by Bedouins – the modern-day Arabs. The peninsula is mostly sandy desert, hard rocky mountains, and wetlands around the coastal areas. To say this is one of the most uninhabitable places on earth is an understatement! Summer temperatures are so high that you’d be convinced your brains were being melted within your cranium; winter temperatures are so low you’d pray for global warming day and night! The desert is filled with sand boas, cobras, scorpions, goats and camels! It is a most uninhabitable peninsula!

The area was filled with Bedouin tribes who had formed pockets of Emirates over the peninsula. Over the centuries, they warred among themselves for supremacy …imagine fighting over vast areas of seemingly useless land? But they did! Life was hard!

In 1498, the Portuguese arrived and took over the maritime and intermediary trade until their ouster in 1653. Along came the Dutch them the ubiquitous British that displaced the Dutch and signed “protectorate” treaties with the numerous Emirates on the peninsula. Familiar?

For the British to thrive, they called a truce among the big Emirates along the Northeastern coast. By 1853, a permanent truce was signed and the states were called the Trucial States …states in truce.

The British Held Sway on the Peninsula.

In 1932, the Al Saud family had had enough of the British, carved a large portion of the peninsula for themselves, convinced three other Emirates to follow suit themselves and declared themselves sovereign! The British held on stronger to the Trucial States.

The Trucial States were Dubai, Bahrain, Qatar, Oman, Shajar, Fujairah, Abu Dhabi, Al Qawain and Ras Al Khayima. They were all independent Emirates under the British rule; held down by the 1892 Treaty.

In August 1966, the Emir of Abu Dhabi (Sheikh Zayed) started convincing the other Emirates on the “need to have a federation of sorts and develop as other successful countries”. By December 1971, the United Arab Emirates was birthed in that unforgiving piece of real estate on that peninsula! Oman, Bahrain and Qatar opted to be independent countries. 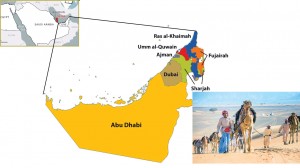 A federation of Arab kingdoms bordering the southeastern end of the Persian Gulf makes up the United Arab Emirates (UAE).

Every aspect of nationhood was argued even years after. But they built a strong and powerful country with regional autonomy and delineation of central and regional roles.

Since 1971 till date, the UAE has developed at a frenetic pace! And have preserved regional identity even with a jointly controlled center.

Did you notice the GDP? Greater than that of Nigeria that has 180 million people!!! By extension, the average citizen of the UAE is at least 12 times richer than the average Nigerian!

The landmass is just a notch larger than the Ala-Igbo Region of Nigeria and about half of that of the Odua Region (Yorubaland)! They have a population three times less than Ala-Igbo and about the supposed population of Kano! Only about 1.2 million of the population are actual citizens while the rest are resident non-citizens including my humble self!

The UAE is a thriving country! The road network in Abu Dhabi would make you swoon, while Dubai would sweep you off your feet in an instant! Despite oil and gas, the country has a large manufacturing sector. Everything is regional; all regions fend for themselves! All regions are free to trade internationally, have international airports, seaports, power plants and refineries! I’ve been to several of those!

The country basically developed before my very eyes. My apartment on Sheikh Zayed road was a desert patch known to me. The metro project (subway) started “in my very before” so did projects as Jumeriah Lake District! The Nuclear Power Plant in Abu Dhabi had some support from yours sincerely (started full operations about 4 months ago) …

The United Arab Emirates is a wonderful country! It is a country that shows you the “can do” spirit in motion! Despite being 75% Muslims, they hardly care about it! No non-Muslim has ever been killed (to my knowledge) in the UAE!

The country has 67% male population (Lol) hence the influx of our dear sisters all over the world to the Arabian Enclave to help in the “massage” industry (sic!)

Every company worth its salt has a foothold in the UAE! The country is working, thriving, and an envy of many!

They discussed their constitution!

They agreed on regional autonomy!

They have regional fiscal independence!

They have the freedom to enter or exit the Union!

They do not have a unitarized constitution!

They do not have ethnic domination tendencies!

They signed truce among themselves!

The right of each region is upheld!

They do not have allocations!

They have the equality of regions!

The Emirate of Abu Dhabi occupies 75% of the landmass of the country (the size of Benue State), has 60% of the oil & gas deposits, but has ONLY one vote in the Federal Advisory Council (Senate) and has no advantage whatsoever over a tiny emirate as Ras Al Khayimar (the size of Wuse District) with no mineral resources of worth!

The United Arab Emirates, a forlorn, forgotten and seemingly hopeless piece of desert on the unwanted part of the Arabian Peninsula, is a success story today. From a bleak outlook, they built a formidable country! Nigeria, with all the boasts, pride and obvious advantages, has wrecked the country into something so desolate that foreigners avoid it like plague and citizens cannot flee fast enough! We have saddled ourselves with an unworkable constitution and a ridiculous structure no genius on earth could make work! 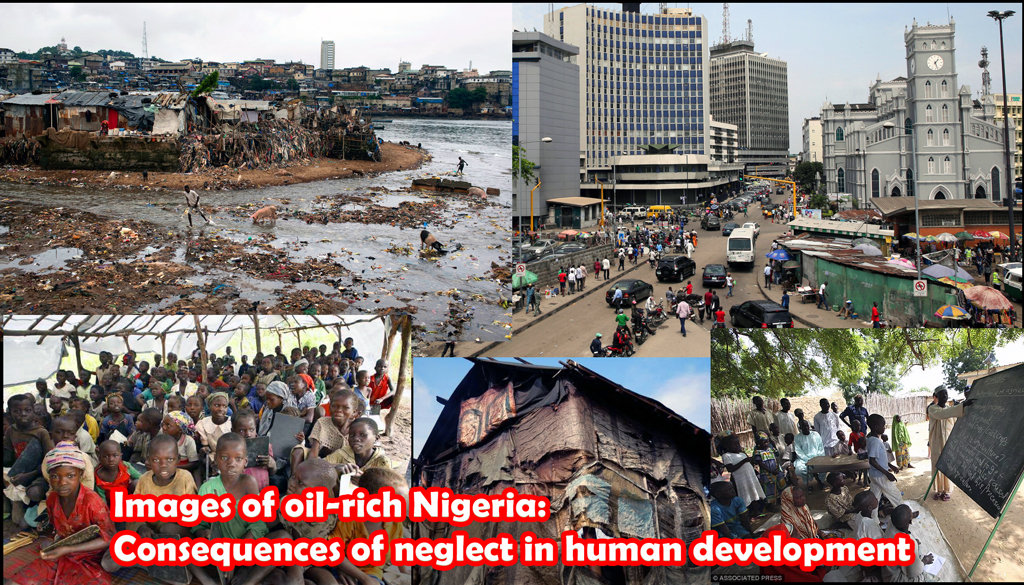 We lie and deceive ourselves daily; rather than set out work, we hope for a Messiah to wave the magic wand and make everything alright! We clap for defectors and other goons in the political firmament, then hope that some “Sai Baba” or “Oloye Saraki” would yell “Open Sesame” and “Voila”, development! It would never happen!

To be anywhere near nationhood, that despicable document called the 1999 Constitution must be destroyed first! We must enthrone regional autonomy, then start the journey towards nationhood! Afterward, we could develop! But as long as this foolish structure persists, not only shall development elude us, we shall kill ourselves till no one is standing! Oh, the Boko Haram and Fulani Terrorists already started the killings? My bad!

We must #restructureOrBurst! No amount of electioneering would change our situation if we did not fight the right battles!

Elections are not our problem; the structure is!