The “Fulanization” of Hausaland: The Untold Story 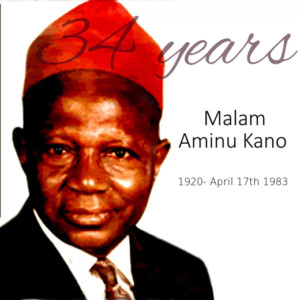 “That the shocking state of social order as at present existing in Northern Nigeria is due to nothing but the Fulani’s Family Compact rule of the so-called Native Administrations in their present autocratic form.” – Aminu Kano.

“That owing to this unscrupulous and vicious system of Administration by the Fulani’s Family Compact rulers, there is today in our Society an antagonism of interests manifesting itself as a class struggle, between the members of the vicious circle of the Native Administration on the one hand and the ordinary “talakawa” on the other.” – Aminu Kano.

The Fulani, through their version of violent Islam, have succeeded in taking over both the political and economic control and command of the Hausaland. They have ensured Hausa children lack access to qualitative education.

A recent survey of Northwest Nigeria shows that for every 10 university graduates, all 10 are Fulani. Of the 100 secondary school leavers, polled, only 8 are Hausa, the rest are Fulani.

Almajiri is a deliberate policy of the Fulani to keep the Hausa in perpetual misery. We must open up the mind of the Hausa to take over the command and control of the political and economic sphere of their region. The best means of stopping Boko Haram is to tell Hausa to confront Fulani for elective posts. The Northwest belongs to them. They must take it back politically. They have got the numbers. 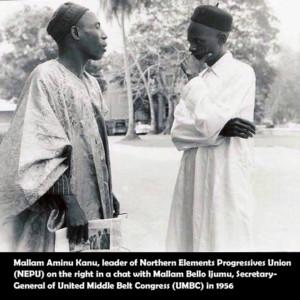 “70 years ago, in a bid to challenge the use of religion as a stamp to justify those oppressive laws, the progressives introduced the concept of Islamiyya. In essence, it’s a religious school but debunked of the traditional methods of the Sufi seminary. Instead they had the Prussian method and trained pupils in the religious sciences free from the prying eyes of the Emirates. This was a revolutionary concept, it together with political mass meetings showed that mass mobilisation was possible even without our native institutions. The plan worked, victory was swift and the eyes of the masses were opened, to quote the Emir Aminu of Zaria, by adopting these methods, “Aminu Kano taught the talakawa how to say no.”

Mallam Aminu Kano, an Hausa man, was considered to be friend of the Northern minorities because he organized his fellow Hausa kinsmen against the Fulani aristocracy which had used Islamic jihad to subdue and overwhelm the Hausa kingdoms that had controlled Nigeria’s Far North until two centuries ago. Sheikh Othman Dan Fodio, an immigrant Fulani from Mali, was the Islamic cleric who inspired and led the jihad that successfully overran most of today’s Northern Nigeria in early 19th Century AD through military conquest. Indigenous Hausa kings were toppled, killed and Fulani emirs were installed to replace them. All emirates of the North and elsewhere in the Middle Belt, for past two centuries, have been ruled by Fulani-controlled hereditary monarchy since then.