We are Not for Biafra, IPOB Is a Collection of Illiterates – Says Joe Igbokwe of Lagos APC

The Indigenous People of Biafra, IPOB, in Lagos yesterday said it may be forced to stop the Publicity Secretary of Lagos State chapter of the All Progressives Congress (APC), Joe Igbokwe, from setting his foot in Igboland following his incessant anti-Biafra comments. This was in reaction to the statement credited to Mr. Igbokwe when he urged Nnamdi Kanu, the leader of the pro-Biafra group, to quietly go home after securing his bail condition and stop what he called “the hopeless agitation for the realization of Biafra.”

Joe Igbokwe is the quintessential Igbo Lagosian who has become brainwashed into hating his own people and their strategic interests in today’s Nigeria with so much passion. He has become a willing tool for fostering Igbophobia for fee by his paymasters in the APC.

Igbokwe added that “Now that he (Mr. Kanu) has been granted bail, he should just quietly go home and rest. We are not a candidate of Biafra. They are just dissipating their energy for nothing. I just hope he will just go home quietly and stop disturbing the peace of the country”. Continuing, the APC helmsman spurted, “We are not for Biafra. We can’t build Nigeria for others. The so-called Biafra is too small for us. Nigeria provides a big stage for us. We own this country. We are a major ethnic group in this country”.

APC image maker furthermore queried, “How can you go for a small pond when you have Atlantic Ocean?”

“So, Nnamdi Kanu should go home quietly. He should stop his reckless and stupid agitation. The agitation has no political or economic sense. It is a hopeless agitation that we are not interested in. They are just using it to make money from gullible ones. It is a collection of illiterates”, concluded the Lagos-based Joe Igbokwe. 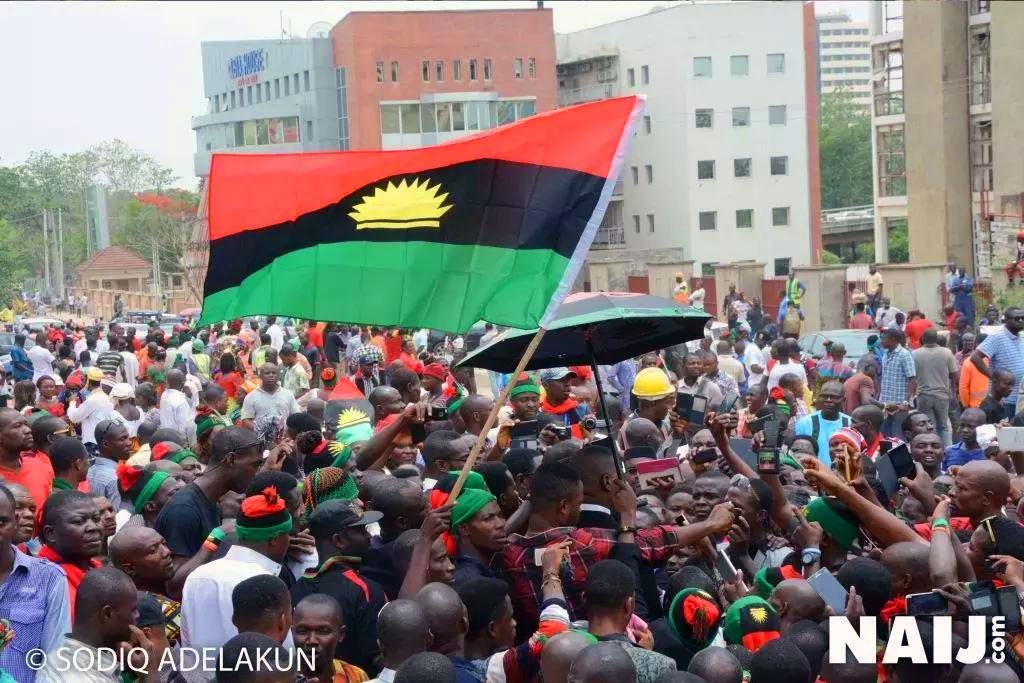 Reacting, a frontline member of IPOB, Kanayo Nwogwugwu, in a chat with Independent, pointed out clearly that the group and the entire Igbo race have had enough of Igbokwe’s “thoughtless and reckless statement aimed at pleasing his paymasters in the Southwest.”

While thanking people of the Southeast and Southsouth regions who had shown solidarity with Kanu since the news of his bail, Nwogwugwu said Igbokwe lied when he said the entire Igbo race were not interested in the Biafra project. According to him, “the likes of Igbokwe should bury their heads in shame for describing the Biafra project as hopeless and IPOB supporters as collection of illiterates. He should watch the television and read the dailies to see how prominent Igbo leaders, including children are celebrating his (Mr. Kanu’s) bail”.

“If he doesn’t rein in his caustic tongue, we may be forced to restrict him to his newfound land and banish him from setting his foot again on Igboland”, concluded Mr. Nwogwugwu.