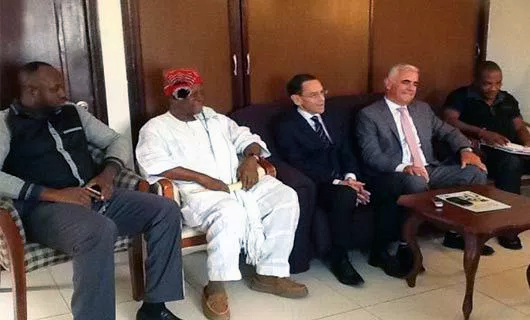 To advance their Torture Victims Protection Act lawsuit in the United States District Court for the District of Columbia on behalf of ten Igbo plaintiffs against sixteen Nigerian defendants, including Governors Obiano of Anambra state and Ikpeazu of Abia state, for complicity in torture and extrajudicial killings under color of Nigerian law motivated by the Igbo ethnicity, Christian faith, and political viewpoint of the victims, the law firm of Fein & Delvalle PLLC traveled to Enugu, Nigeria – the heart of Igboland – from August 19 – August 24, 2017.

Our visit was to meet with our plaintiffs-clients, to gather facts and to conduct research to advance the Torture Victims Protection Act (TVPA) lawsuit we have filed in the United States District Court for the District of Columbia on behalf of ten (10) anonymous plaintiffs against sixteen (16) individual defendants for extrajudicial killings and torture perpetrated under color of Nigerian law motived by the Igbo ethnicity, Christian faith, and political viewpoints of the victims. The case is styled John Doe, et al v. Tukul Yusuf Buratai, et al, Civil Action No. 1:17-cv-0133.

Plaintiffs are seeking compensatory and punitive damages to secure justice for the Igbo people, to give them hope for the future, and to deter genocide, ethnic cleansing or the extermination of Christians in Nigeria by radical Islamic Hausa/Fulani terrorists in Northern Nigeria. We are convinced that Nigeria is the most dangerous country in the world for Christians. They routinely defile the sanctity of churches by killing children hiding their tiny bodies in pews. In violation of Nigeria’s professed secular constitution, Nigeria has joined the Organization of Islamic Countries (OIC) and twelve Northern states have adopted Sharia law. The Christian Open-Door Report of 2015 found that Boko Haram, the Northeast Islamic terrorist organization, had killed 11,000 Christians, destroyed 13,000 churches and 1,500 Christian schools, had created 2.6 million internally displaced persons (IDPs), and forced 1.3 million Christians to flee.

On July 11, 2017, the Fulani (Arewa) Youth Consultative Forum (ACYF) issued an odious, chilling and genocidal threat to plunder the properties and evict by force and violence eleven (11) million Igbos peacefully residing in Northern Nigeria if they do not vacate the region by October 1, 2017. The Government of Nigeria and nineteen Northern states have tacitly endorsed the ACYF threatened genocide of twice the number who was exterminated by the Nazis in the Holocaust! The federal and state governments in Northern Nigeria have refused to arrest even a single ACYF member. But today, the ACYF threat was withdrawn – perhaps because they became frightened by the prospect of TVPA suits against their members. Whether the withdrawal was bogus or genuine remains to be seen.

In our Buratai suit, the District Court issued an order granting the plaintiffs’ motion to proceed anonymously because they reasonably feared lethal retaliation against themselves or families if their identities were known.

The actions of the defendants were crimes against humanity that can be prosecuted in any jurisdiction in the world. Indeed, the Convention Against Torture mandates that signatory nations, like the United States and Nigeria, prosecute the crimes of torture or extrajudicial killings. 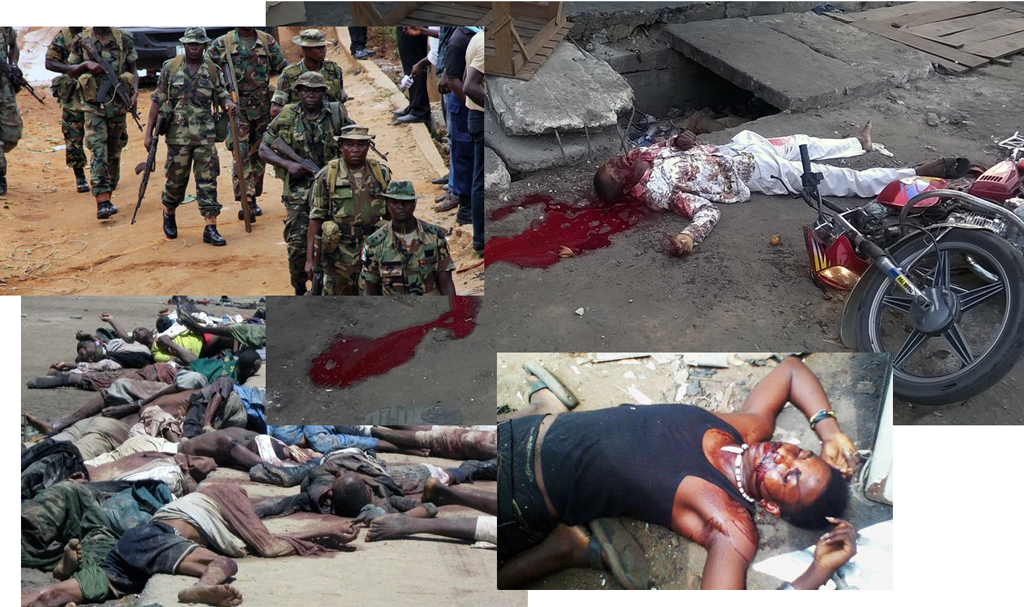 Military incursions into Biafraland and other indigenous peoples’ communities located within the oilfields in the Lower Niger imply bloodletting by targeted extrajudicial killings of local inhabitants.

Fourteen of the individual defendants are federal officials and two are state governors in the Southeast. One of the two, Governors, Willie Obiano of Anambra State, has already apologized for the brutal killings of plaintiffs that he admits were perpetrated under his aegis. The other defendant Governor is Dr. Okezie Ikpeazu of Abia State.

The defendants have yet to answer. Several are in default for failure to respond within 21 days of the service of the summons and Complaint. We are optimistic about our chances of victory at trial or earlier. Defendants are represented by a small Nigerian law firm in California thousands of miles from the venue of the litigation in the District of Columbia. They represent that they have been contacted by the Government of Nigeria, not by the individual defendants.

We salute the courage of our ten anonymous plaintiffs and their brave supporters throughout Igboland. We are unified in our insistence on obtaining justice for the Igbo people through peaceful and lawful means that disavow the lawless savagery of their persecutors. They should tremble when they reflect over the truism that God is just, and that his justice will not asleep forever.