The Ekwueme Square Declaration 2018: Position of Ndiigbo on Restructuring the Nigerian Federation

(Click on https://goo.gl/qEWW5g for full text of the resolutions adopted at the Igbo Summit organized by Ohaneze Ndiigbo Worldwide, 21st May 2018, at Ekwueme Square, Awka, Anambra State.) 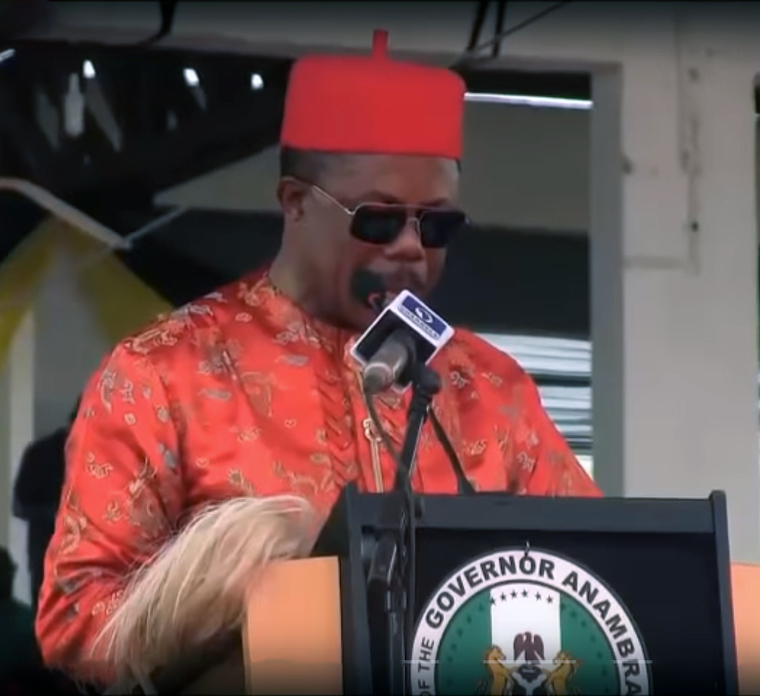 Anambra state governor, Chief Willie Obiano, was the chief host of the stakeholders’ assembly at the Ohaneze-convoked Igbo summit held at the Ekwueme Square, Awka.

As expected of the acknowledged apex pan-Igbo elite sociocultural organization, the Ohanaeze Ndiigbo succeded in convoking the mother of all Igbocentric summits at the Ekwueme Square, Awka, Anambra state to deliberate upon and articulate the unified Igbo stance regarding the state of the Nigerian nation and the place of Ndiigbo within it, going forward. The Igbo have historically played a leading role in the configuration of post-colonial Nigeria as well as in all crucial aspects of nation-building. Paradoxically, the same Igbo ethnic nationality has been at the receiving end of the many woes that have bedeviled Nigeria since the country went off the tracks after the arbitrary abrogation of Nigeria’s First Republic’s constitutional democracy in 1966 by the military strongmen of the era. Ndiigbo have paid so dearly due to the sickness of the geopolitical space to which, like nearly 300 other ethnic nationalities that comprise Nigeria, they belong by no fault of their own.

The 14-page document released at the conclusion of the Ohanaeze-convened public assembly was opened with a preamble that acknowledged the fact that ” most Nigerians agree that Nigeria, as currently structured and governed, is not sustainable”. Then followed a nostalgic recall of the halcyon days in the immediate post-Independence era when a carefully negotiated federalism was utilized as the engine with which to drive Africa’s most-populous nation. “Under these constitutions, freely negotiated by the Nigerian people, there was a consensus that a truly federal structure was the best for a multi-ethnic, multi-cultural, multi-religious society such as Nigeria; to guarantee justice, fairness, equity, freedom, liberty as well as a balanced and competitive political and economic structure to give every citizen and section of the country a framework to maximize their God-given potential.”  The preceding graphic recall helps to spotlight the governance rot that has taken over the fabric of the Nigerian nationhood in the past half-century.

“The present 1999 Constitution foisted by the military regime (falsely dubbed a federal constitution) unhinged all the structures of true federalism and bequeathed a de facto unitary system with concentration of powers and resources at the center. With the choking unitary system and all its dysfunctionality for a diverse country, Nigeria has remained relatively unstable, oscillating unpredictably between the flickers of hope and despair.” The constitutional and administrative malaise that has since crippled Nigeria’s internal peace, development and socioeconomic advancement for its citizenry have since compelled diverse constituent stakeholders within Alaigbo and elsewhere nationwide to commence the spirited search for the practical and permanent means to extricate fellow compatriots from the ship of state in a tailspin. It is to finalize the Igbo collective input into ongoing discourse among stakeholders that the Awka summit was convoked by the Ohanaeze Executive Committee.

The meat of the release was packaged into 10 subsections which delved into the universally rejected 1999 Constitution which characterize to be fraudulent because it was written by the last of military strongmen, General Abdulsalami Abubakar, and imposed on Nigerians by the promulgation of Decree No 24 of 1999. The Ekwueme Square Declaration was explicit in expressing the consensus Igbo stance regarding the 1999 Constitution by stating thus:

The caveat here is that whatever constitution that is finally accepted for charting Nigeria’s future path must, first and foremost, be “be approved by the people of Nigeria through a REFERENDUM to give it legitimacy and validity“. This has been a non-negotiable stance of self-determination protagonists of the Lower Niger of which the civil-war Biafran territory is part and parcel.

Major Gideon Orkar and his co-plotters envisioned a Nigeria that would be ridden of Fulani hegemonic rule by the Sokoto Islamic Caliphate. Restructured Nigeria is likely to end up looking very much like what the Middle-belt led coup plotters had envisaged far back in 1990.

Rest of the document went into specific details regarding the vital components of the envisaged new constitution for a Restructured Nigeria. In brief, Ndiigbo now demand a return to the fiscal federalism that approximates what obtained before 1966. The 4 federating regions of the First Republic shall be replaced with 6 regions (geopolitical zones) of today. Sovereign rights over ancestral lands and the resources therein shall reside with the regions and no longer with the central government in Abuja as has been the case for the past 50 years. The Federal Exclusive Legislative List has been pruned from 68 items down to only a handful of areas, like customs, currency regulation, military, immigration etc which are better handled collectively at the center while matters like policing, education, health policies and infrastructure development are to be addressed in respective regions’ emergent constitutions.

The Igbo intellectual, business and political elite and civil society who congregated at the Ekwueme Square at Awka on May 21, 2018 finally dismounted their high horses to hearken to and propound a consensus Igbo stance that is not too far-detached from the popular will of a broad cross-section of Ndiigbo worldwide. Some Igbo interest groups may still be ill-at-ease with what comes across as the conciliatory tone of the Ekwueme Square Declaration document for good reasons. Mere advocacy by the Ohanaeze summit to return the country to what had worked fairly well during Nigeria’s 1st Republic offers no guarantee, whatsoever, that what had upended constitutional democracy in immediate post-Independence Nigeria cannot reoccur in today’s circumstances.

Some Igbo interest groups, especially the pro-self-determination agonists, reluctantly accept the Ekwueme Square Declaration with the anticipation that the intransigent born-to-rule minders of the Sokoto Caliphate shall end up rejecting even what some have already dismissed as the Ohanaeze’s watered-down demands. If this happens, then the hands of Igbo pro-Biafra and self-determination protagonists shall instantly be strengthened as the latter intensify pressure for the actualization of their more separatist agenda in charting the future they can control exclusively on their own.

It is understood that constituents of the three geopolitical zones in the South are scheduled to meet soon in Lagos to adopt a conjoint stance on the fast-approaching 2019 general elections. The Middle Belt constituents are expected to hold their own get-together soon to produce their own common stance on Restructuring Nigeria. Since the Middle Belt has become the epicenter for showcasing Fulani brutality against the indigenous peoples, there is little doubt that this victimized group, which used to be taken for granted by the Arewa North, shall hold some surprises for their former masters and manipulators when the chips are down.

Report by the Editorial team