The forum said the endorsement was in furtherance of its resolve that Nigeria must be restructured with Lagos being of strategic importance in the Nigerian project.

The forum said it cannot be indifferent with the governorship poll in Lagos because Lagos was the Secretariat of the anti-colonial struggles where Nigerians from various nationalities worked together for the country’s independence.

“Nigerians from all sections worked together from the city in the valiant years of anti-military struggles that gave us the civil rule we have today”, the statement said. 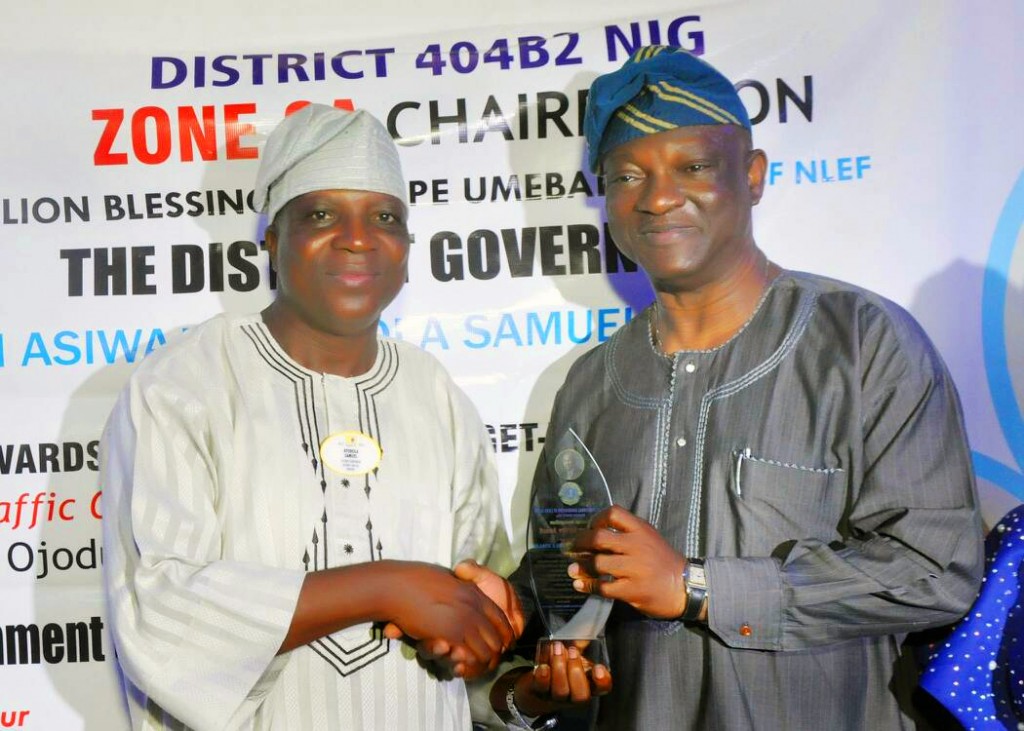 Jimi Agbaje (right) receiving an award from the District Governor, District 404 B2 Nigeria, Lion Asiwaju Ayobola Samuel, at the Awards/Get-together organized by Zone 6A, International Association of Lions Club, District 404B2, Nigeria in Lagos recently.

The forum observed that out of the two leading candidates contesting for Lagos gubernatorial election, “one belongs to a political party that stands on the way of restructuring Nigeria and therefore cannot be in our consideration.

“The other candidate, Mr. Jimi Agbaje of the PDP has, for over 20 years, been involved in the struggles to rearrange Nigeria as an Afenifere man and we have no reservations in encouraging our people to choose him as Governor of Lagos in the March 9, 2019 election”, it added.

Culled from The Daily Trust