We Need a National Discourse on Corruption: The Giver & Receiver of Corrupt Favors Are Both Guilty of Corruption – says Ekwunife

The emergent political amazon on the national scene, Senator Uche Ekwunife, tore her heart before her colleagues in the National Assembly’s Senate Chamber when she took the floor to spotlight the sore spots in the country’s political landscape. The list is endless, but the senator representing Anambra Central used the time allotted to target the problems of insecurity, enhancement of governance at the grassroots level, state of the nation’s transportation infrastructure, corruption, youth unemployment, constitutional amendment, dual citizenship and the country’s unreliable electoral system. The popular politician demonstrated her knowledge of the issues and how the intervention of the National Assembly can play a decisive role in redeeming the situation.

Nigeria’s top legislative house is reminded that provision of basic security to the lives and properties of citizens is job one of government. In preceding years, breakdown in security was mostly felt in the outlying regions in the periphery – far from the center of national governance. That has, of course, changed in the past few years. Insecurity has now arrived Abuja with all its horrors. Politicians, bureaucrats and civil society resident in the Abuja Capital Territory are as vulnerable to being killed, raped, kidnapped, robbed and terrorized as those residing in far-flung destinations in many parts of the country. Travel by land has become very hazardous because of armed robbery, kidnapping for ransom and terrorist killings.

Senator Ekwunife laments that “armed robbers and kidnappers are now the governors of the Nigerian highways”. Only the citizens who meet the demands of these lawless bunch get the right of way to travel on Nigerian roads today.

The astute senator links the escalating insecurity nationwide to lack of funds at the local government level where grassroots governance can be energized and managed instead of the current practice of giving funds for the third tier of government to the state governors to control. Senator Ekwunife calls for financial autonomy of local governments. Without placing economic powers in the hands of local council leaders, governance fails and in some instances, collapses at the grassroots.

She laments about the terrible condition of roadways which is the sole land transportation infrastructure serving Nigeria. She states that the infrastructure deficit is further complicated by the inability to maintain the federal highways and roads which are then allowed to break down to ultimate ruination. Senator Ekwunife suggests to her colleagues to focus on maintenance of existing roads and not devote entire attention toward of contracts to build new ones.

She broaches corruption as a nationwide problem in which every citizen has an equal stake. Within the government institution itself, the presidency, the Legislature and the Judiciary all seem powerless in the face of all-powerful corruption. The bureaucrats, businesspeople and even regular citizens are all too familiar with the game of corruption as the only way anyone in today’s Nigeria can do anything. She asks the rhetorical question – who is a corrupt Nigerian? She answers this poser by saying that all Nigerians are equally guilty. Both the giver and receiver of brides are similarly culpable for propagating the scheme. To make a dent on the matter of corruption, Senator Ekwunife called for a National Discourse on Corruption. 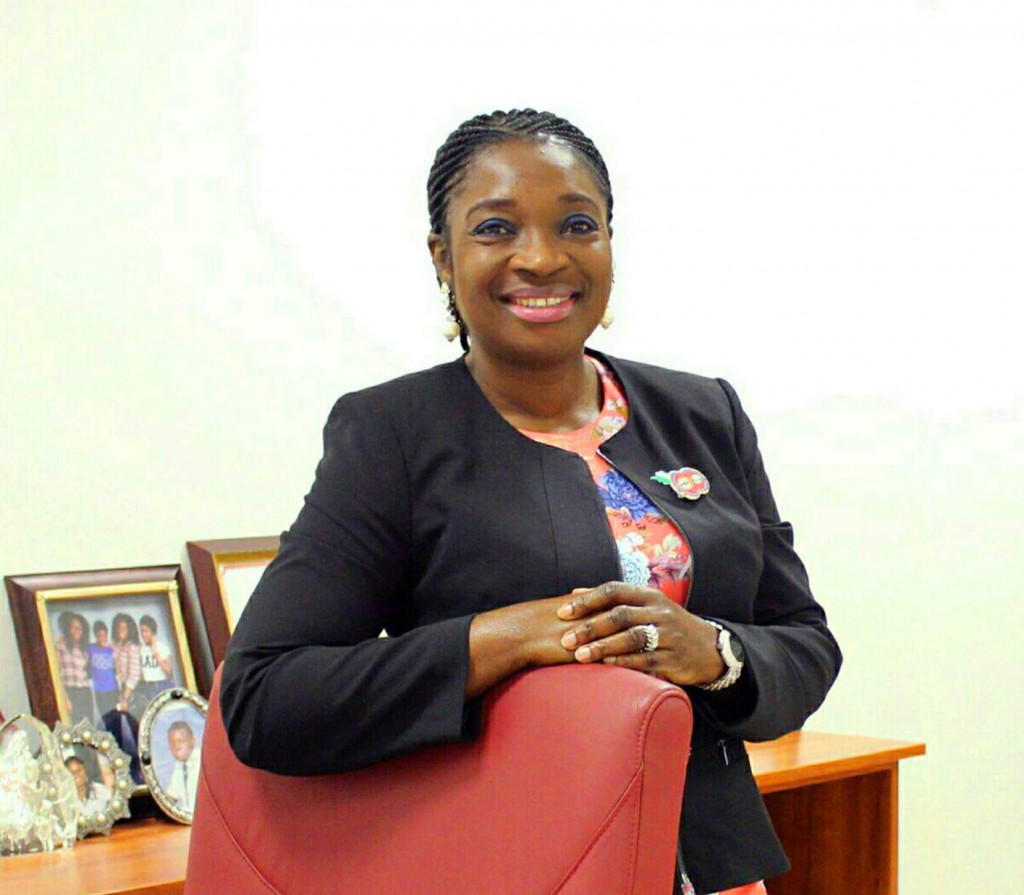 Senator Uche Ekwunife is representing Anambra Central at the National Assembly. She has become a formidable political force that many are beginning to take seriously in matters of regional and national significance.

On youth unemployment, she cautions that what was deemed to be a gunpowder keg has now caught fire. The sense of urgency cannot be lost here. A naked fire and gunpowder must not be allowed to mix. It thus means that if the fire already blazing in Nigeria’s gunpowder warehouse is not put out promptly, a devastating explosion should be quite imminent.

Under repeated pressure to round up her address, Senator Ekwunife cursorily made some remarks proposing essential amendments in the constitution that shall assist in streamlining equitable disbursement and utilization of funds and other assets that originate from the central coffers in Abuja to the periphery. She touched on the subject of dual citizenship and wondered why Nigerians cannot be allowed to retain their nationality and still acquire another by choice. Before surrendering the mike, she reminded all about the significant work that must be done to revise the Electoral Act in ways that shall make elections free, fair and transparent.

Senator Ekwunife’s to-do list is long and quite impressive. Her colleagues in the Upper House have said something similar on related matters. As the saying goes, the taste of the pudding is in the eating. Our eyes are now beamed on Senator Uche Ekwunife and her fellow senators to begin to do the needful to address the sundry yawning needs outlined in her address.