We Reject Status Quo with all Our Strength, Our Entire Mind, & with All Our Soul – Shilgba

The Middle Belt Federation in the British Nigeria: Northern Nigeria Is No Longer a Monolithic Entity

Eleven days after Nigeria got her political independence on October 1, 1960, the Sardauna of Sokoto, Sir Ahmadu Bello said, as was carried by the Parrot newspaper on October 12, 1960:

“The new nation called Nigeria should be an estate of our great grandfather Othman Dan Fodio. We must ruthlessly prevent a change of power. We use the minorities in the north as willing tools and the south as a conquered territory and never allow them to rule over us and never allow them to have control over their future.” – Parrot Newspaper October 12, 1960.

Now, there are important revelations about the vision of Sir Ahmadu Bello, as captured in the above, and which vision his people have executed with great effectiveness for the past 5 decades:

The pursuit of the above vision and the brutal enforcement of this vision have contributed in the many crises Nigeria has faced for more than fifty years. Connivance of the Western powers, such as Britain and the USA at different stages of our history for the sake of protecting their interest, has been a recurring scenario that has just refused to go away. Now is the time to end this subjugation that has been as insidious as it has been hidden from the majority of peoples of the world, including some Nigerians. 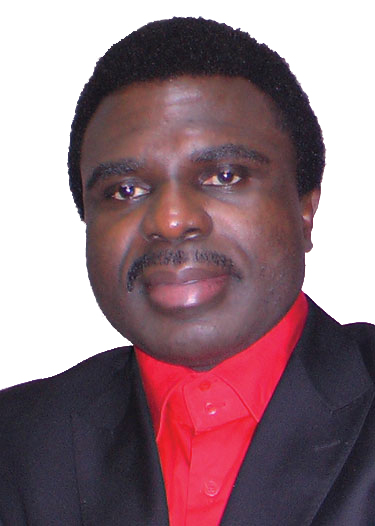 We the peoples of the Middle Belt, in particular and non-Dan Fodians, in general, must rise up and resist this egregiously inhuman vision with every sense of pride and purpose. You can never be wrong in seeking to be free. Some have derisively asked the clear description of the Middle-Belt peoples. Socially speaking, all non-Dan Fodians in the geographical North and central North are Middle-Belt people, the oppressed people, deceptively huddled up under the “One North” of Sir Ahmadu Bello. However, geographically, it is generally acceptable to many scholars from the region that the Middle Belt federation consists of people in the present BENUE, NASSARAWA, TARABA, ADAMAWA, PLATEAU, SOUTHERN KEBBI, KOGI, KWARA, NIGER, SOUTHERN KADUNA, FCT, SOUTHERN GOMBE, and the two minority local government areas of TAFAWA BALEWA and BOGORO in southern Bauchi State.

We, the Middle Belt federation, must take charge of our future. A starting point is to press for the rejection and crashing of the 1999 “Constitution”, which is a fraud instigated by the Dan Fodians in order to achieve the vision itemized above (1-6). It is for our children that we must fight. I have approached some lawyers to file a symbolic case on behalf of the Middle Belt people to declare our outright rejection of the 1999 “constitution” as a fraud. But it appears they are chicken-hearted. Are there any lawyers, or do you Middle Belters and our friends know any lawyers that will agree to do this?

There is a muted plan by the Jonathan government to make the term of elected officials in Nigeria to be a single term of 7 years BEGINNING WITH those voted into office this year who, under the extant relevant laws, got only a four-year mandate of the Nigerian people. We, therefore, reject this contemplation and call on President Jonathan and his colleagues to re-direct attention to the social re-construction of Nigeria under a constitutional conference with representations from each nation within Nigeria.

If we don’t pile pressure for what we truly need, we shall get what we truly don’t deserve – perpetual subjugation, while a few among the oppressed are bought over and manipulated just for a pot of porridge. A people that values its safety above its rights cannot for too long guarantee that safety, which is just safety at the pleasure of the jackals. Now is the time. Is there not a cause?

Leonard Karshima Shilgba is an Associate Professor of Mathematics with the American University of Nigeria and President of the Nigeria Rally Movement (www.nigeriarally.org ). Leonard Shilgba is also the Coordinator of the Middle Belt Federation under the Middle Belt Coalition agenda.