What Is Needed Now Is a Transitional Govt to Renegotiate Nigeria, Not Unplanned “Revolution” – Says LNC’s Tony Nnadi

The call is for a Revolution. At least, so say the organizers of what appears to be countrywide mass protests designed to bring out large numbers of disaffected Nigerians into the streets of the country’s major urban centers to demand a change from the unaccepted status quo. Many would agree that Nigeria, especially under the past 4 years of Buhari presidency, is more than overdue for a revolution. But revolution is a serious business and thus, cannot be conceived or prosecuted by the likes of Mr. Sowore, Moghalu, Ezekwesili and others who are now coalescing efforts to spearhead the so-called “August 5th Revolution”. It is noteworthy that the organizers of the said Revolution were presidential contestants in the just-concluded 2019 general elections under various party platforms. The full outcome of the 2019 presidential election is still being contested at the Electoral Tribunal by the lead opposition candidate, Alhaji Atiku Abubakar. The minor opposition parties and their candidates opted to abstain from the tribunal despite the flawed nature of the 2019 polls. Some presidential candidates of these disparate small parties have instead, all of a sudden, resolved to stage an “August 5th Revolution” out of the blue.

The befuddled Nigerian citizenry can hardly make a head or tail out of the announced “August 5th Revolution”. Many things have gone awry in today’s Unitary Nigeria. But the sudden call for a jocular revolution as the preferred route for addressing the complex conundrum facing the anguished constituents of Africa’s most populous country is confusing to many, to say the least. It is with this backdrop that one should look at this video released by the Secretary-General of the Lower Niger Congress (LNC), Mr. Tony Nnadi. The lead organizers of the August 5th Revolution are no strangers to the running discourse of Unitary Nigeria’s political economy in recent times. According to Mr. Nnadi, the well-publicized antecedents of organizers of the August 5th Revolution include:

What the above-listed escapades share in common is the unserious nature of the respective endeavors and of course, the fact that they all quickly fizzled out because they lacked sustainability. Should one then regard the “August 5th Revolution” being called for by the same group of people as yet another razzmatazz emanating from the same characters who, somehow, may regard themselves as the redeemers that the bamboozled Nigerian stakeholders are looking forward to?

The US State Department has just concluded its 2nd Annual Ministerial Roundtable on International Religious Freedom in Washington, DC in which Nigeria was a major feature. The LNC and some elements of its partners in the Movement for New Nigeria (MNN) alliance, as special invitees to the occasion, utilized close contacts with principal actors in official Washington-DC circles and among Christian church groups to spotlight the escalating spate of mass murder of defenseless indigenous peoples of Middle Belt and Southern Nigeria by AK47-wielding Fulani herdsmen terrorist militia. It was uniformly agreed that the ongoing killings were an act of jihad and ethnic cleansing of the majority Christian populations by the irredentist Fulani aristocracy who are determined to Fulanize and Islamize the entire country by force if needs be. A request for the immediate appointment of a Special US Envoy to Nigeria was conveyed to US President Trump via the auspices of State Department’s Ambassador Brownback who oversees the International Religious Freedom Commission. 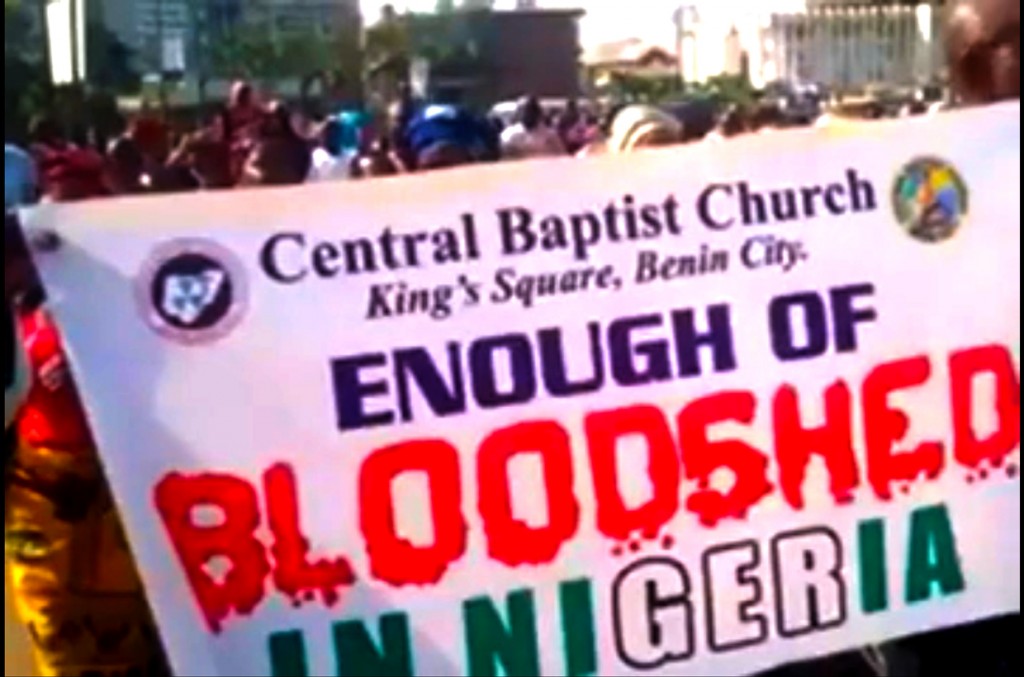 Nigerian citizens, particularly the Christian fold, are beginning to respond to the clarion call for them to rise to stop the escalating spate of genocidal attacks on the indigenous populations of the Middle Belt who are non-Muslims.

It is a cause for justifiable anger that the recent diplomatic breakthroughs in Washington, DC and elsewhere should now be muddied up by the haphazardly contrived gimmickry of an “August 5th Revolution” that one can hardly tell its head or tail. The LNC’s smackdown on the said fly-by-night revolution and its schemers must, therefore, be seen as inevitable counterpoise to defuse the would-be anticlimax to the preceding 2 good months for the indigenous peoples’ self-determination agonists like the LNC and its alliance partners in the MNN and National Indigenous Nationalities Alliance for Self-determination (NINAS) which have united the South and Middle Belt, going forward. It is on their behalf that Mr. Nnadi speaks in this video.