Why Are the Igbo Elite Corps Aloof of the Biafra Struggle, Leave or Expose the Artisans & Hustling Youths to Risk Their Lives Unprotected – asks MCK Ubah?

In reaction to a recent article on Chief Nwodo’s query to the IG of Nigeria Police titled “INSPECTOR-GENERAL OF NIGERIA POLICE, IS BEARING OF DANGEROUS FIREARMS NO LONGER ILLEGAL – Queries Ohanaeze Boss?” (http://bit.ly/3cD7V0U), Barr. M. C. K. Ubah seeks to know the underlying reasons why the Igbo elite corps are missing in action in the group’s ongoing struggle for self-determination. The Ohanaeze boss wished to get the attention of the Nigeria Police to the current situation in Umu Awulu community in Awka South, LG, Anambra state where AK47-toting Fulani herdsmen openly patrol the area in brazen violation of the law prohibiting public display and use of dangerous firearms. 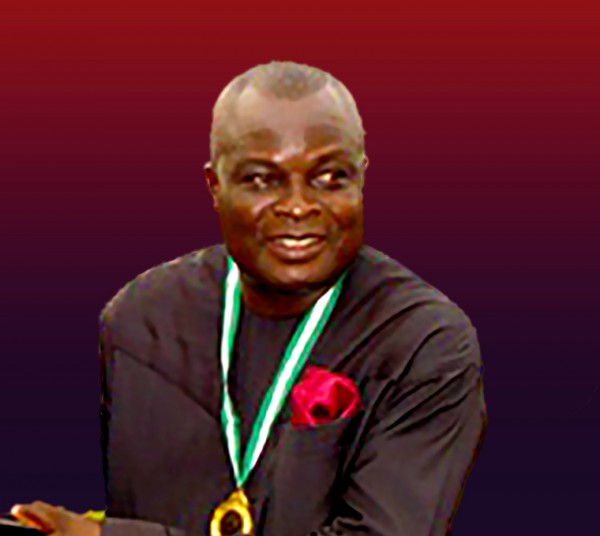 Barr. Ubah owns a Lagos-based law firm and is presently heading a multimillion-naira development project in Obiuno, Igboukwu, in Aguata LG, Anambra state. Perhaps, his concern about the noninvolvement of the Igbo elite corps begins to explain why any outside intruder can muster the audacity to intimidate the peace-loving inhabitants of Igbo heartland as was reported in Umu Awulu community. It is assumed that the militarization of Alaigbo is designed to clampdown on the pro-Biafra agitators who comprise mostly of “artisans and hustling youths”. He asks, “Where is the Igbo political elite segment in all of Biafra agitation? Our governors, legislators, the top Igbo business class, the highbrow academics and professionals etc. Why are we all aloof the Biafra struggle, thus leaving or exposing the artisans and hustling youths to risk their lives in the face of the ruthless, oppressive might of the federal government”?

Role of the Elite in Biafra Agitation

It is evident that the agitation for the restoration of the civil-war Biafra Republic rests almost entirely on the shoulders of “artisans and hustling youths” while the so-called elite segment of the populace stays aloof for a combination of reasons. The Igbo political class is the worst offender regarding this because they always make sure that they don’t even mention the word “Biafra” in their routine political discourse. How can elements of the Nigerian Army enter an Abia community, for example, and kill dozens of law-abiding nonviolent citizens and the politicians representing the victims remain mum over the matter? This is what had happened during the Operation “Python Dance II” in Afaraukwu. The culture of reticence over issues of self-determination by the Igbo elite corps is confounding.

The Igbo ethnic nationality prides itself as economically successful. One thing unique about the contemporary Igbo, however, is that their economic footing is situated outside of Alaigbo. The highest concentration of Igbo intellectual, business and political elite corps in the entire world is the Lagos metropolis by far. With a population estimated to be five million or higher, the Igbo have cause to feel at home in Lagos. As the Igbo would say, one first mends where one resides before looking elsewhere. The Igbo Lagosians, who constitute the overwhelming majority of the ethnic group’s elite corps, subconsciously prioritizes their primary residence in Lagos ahead of their ancestral homeland in Alaigbo.

For Igbo Lagosians, the epicenter of pro-Biafra agitation is based in faraway Alaigbo to the east or in the European or US African Diaspora. Many among the Igbo elite consider any agitation for self-determination (a. k. a. Biafra), especially those driven by “artisans and hustling youths”, to be separatist and thus potentially adverse to their vested economic interests, at least, in the short run. Some Igbo elite indeed fear what shall become of their investment properties in Lagos and elsewhere around Nigeria if the status quo collapses and the country fragments in a chaotic fashion. The miserable failures of Unitary Nigeria make it impossible for any wise Igbo Lagosian to champion the anti-self-determination stance of Ndiigbo for obvious reasons. The majority of them have simply decided to watch their purse strings and remain mute, no matter what happens to their kith and kin in the East and elsewhere nationwide.

The Future Must Involve the Igbo Elite & Mainstream Society

The big mistake being made by the Igbo elite corps is to allow a political agitation spearheaded and led by the “artisans and hustling youths” to establish the roadmap for navigating the entire ethnic nationality into its people’s future. Remaining aloof while the fate of one’s fatherland is being determined is the epitome of tomfoolery. A successful society must derive the means to effectively harness and deploy all its God-given human and material resources in fulfilling the people’s aspirations.

The religious and ideological fault line in today’s Unitary Nigeria is not reflective of the wishes of the majority of Nigerian stakeholders. The broken map on the right was adopted by the Movement for New Nigeria (MNN) on June 1130, 2011 as the path for the future.

A handful among the Igbo elite corps have been sold on the indestructibility of the Unitary Nigerian state as it exists today. This segment of the Igbo elite shall likely remain glued to the goading from Abuja, Lagos etc until the bottom drops off the bucket of water. There are signs that some astute mainstream politicians are subtly readjusting their viewpoints and public pronouncements in ways that shall not alienate them from the emergent class that will take charge after the final collapse of Unitary Nigeria. We need more of the latter than the former.

Barr. Ubah questions regarding the reticence and aloofness of the Igbo elite corps in matters relating to our people’s self-determination quest are salient and very relevant at this epoch in Nigeria’s history. One possible explanation for this self-nihilistic disposition is the location of the epicenter of the Igbo elite corps outside Alaigbo. Igbo Lagosians constitute the highest concentration of the Igbo intellectual, business, professional and political elite in the entire world. They tend to shun pro-Biafra agitation and serious demand for restructuring Unitary Nigeria because of the crippling fear of what shall happen to their investments and properties located in many parts of the country. Fear driven by selfish considerations makes the majority of Igbo elite to shy away from hands-on engagement in deciding the fate of today’s failed Nigeria, in general, and the destiny of their own kith and kin, in particular.

The” artisans and hustling youths” are not going to be the exclusive owners of the “Biafra” they demand today with everything they’ve got. If the devolution of Unitary Nigeria happens tomorrow, the chances are that those pioneering the pro-Biafra agitation today shall be edged out in the ensuing competition for the emergent republic’s leadership and political control. No nation in the world’s history has ever been governed by the underclass, while the elite corps are marginalized. It is natural to anticipate that, as the victory approaches, ways and means shall be contrived by the Igbo elite corps to take the reins of power from the ranks of those who have led the struggle and paid the price for our people’s self-determination.

The right time for the conscientious Igbo elite to engage in our people’s self-determination is now. Waiting until the dust settles finally may be too late.