With a Modicum of Neutrality and Diplomacy by UK Government, Nigerian Civil War Could All Have Been Avoided – says Forsyth

Buried for 50 years: Britain’s Shameful Role in the Biafran War

A million children starved to death. I’m haunted by the images I saw there – and by the complicity of the Wilson government.

It is a good thing to be proud of one’s country, and I am – most of the time. But it would be impossible to scan the centuries of Britain’s history without coming across a few incidents that evoke not pride but shame. Among those I would list are the creation by British officialdom in South Africa of the concentration camp, to persecute the families of Boers. Add to that the Amritsar massacre of 1919 and the Hola camps set up and run during the struggle against Mau Mau.

The Northern and Western Regions were swept by a pogrom in which thousands of Igbo were slaughtered.

But there is one truly disgusting policy practiced by our officialdom during the lifetime of anyone over 50, and one word will suffice: Biafra.

This referred to the civil war in Nigeria that ended 50 years ago this month. It stemmed from the decision of the people of the Eastern Region of that already riot-racked country to strike for independence as the Republic of Biafra. As I learned when I got there as a BBC correspondent, the Biafrans, mostly of the Igbo people, had their reasons.

The federal government in Lagos was a brutal military dictatorship that came to power in 1966 in a bloodbath. During and following that coup, the Northern and Western Regions were swept by a pogrom in which thousands of resident Igbo were slaughtered. The federal government lifted not a finger to help. It was led by an affable British-educated colonel, Yakubu Gowon. But he was a puppet. The true rulers were a group of Northern Nigerian colonels. The crisis deepened, and in early 1967, Eastern Nigeria, harboring about 1.8 million refugees, sought restitution. A British-organised conference was held in Ghana and a concordat agreed. But Gowon, returning home, was flatly contradicted by the colonels, who tore up his terms and reneged on the lot. On May 30, 1967, the Eastern Region formally seceded and on 7 July, the federal government declared war.

Biafra was led by the Eastern Region’s Oxford-educated former military governor, “Emeka” Ojukwu. London, ignoring all evidence that it was Lagos that reneged on the deal, denounced the secession, made no attempt to mediate and declared total support for Nigeria.

I arrived in the Biafra capital of Enugu on the third day of the war. In London, I had been copiously briefed by Gerald Watrous, head of the BBC’s West Africa Service. What I did not know was that he was the obedient servant of the government’s Commonwealth Relations Office (CRO), which believed every word of its High Commissioner in Lagos, David Hunt. It took two days in Enugu to realize that everything I had been told was utter garbage.

I had been briefed that the brilliant Nigerian army would suppress the rebellion in two weeks, four at the most. Fortunately, the Deputy High Commissioner in Enugu, Jim Parker, told me what was really happening. It became clear that the rubbish believed by the CRO and the BBC stemmed from our High Commissioner in Lagos. A racist and a snob, Hunt expected Africans to leap to attention when he entered the room – which Gowon did. At their single prewar meeting, Ojukwu did not. Hunt loathed him at once.

My brief was to report the all-conquering march of the Nigerian army. It did not happen. Naively, I filed this. When my report was broadcast, our High Commissioner complained to the CRO in London, who passed it on to the BBC – which accused me of pro-rebel bias and recalled me to London. Six months later, in February 1968, fed up with the slavishness of the BBC to Whitehall, I walked out and flew back to West Africa. Ojukwu roared with laughter and allowed me to stay. My condition was that, having rejected British propaganda, I would not publish his either. He agreed.

‘Weapons and ammunition poured in quietly as Whitehall and the Harold Wilson government lied and denied it all.’ 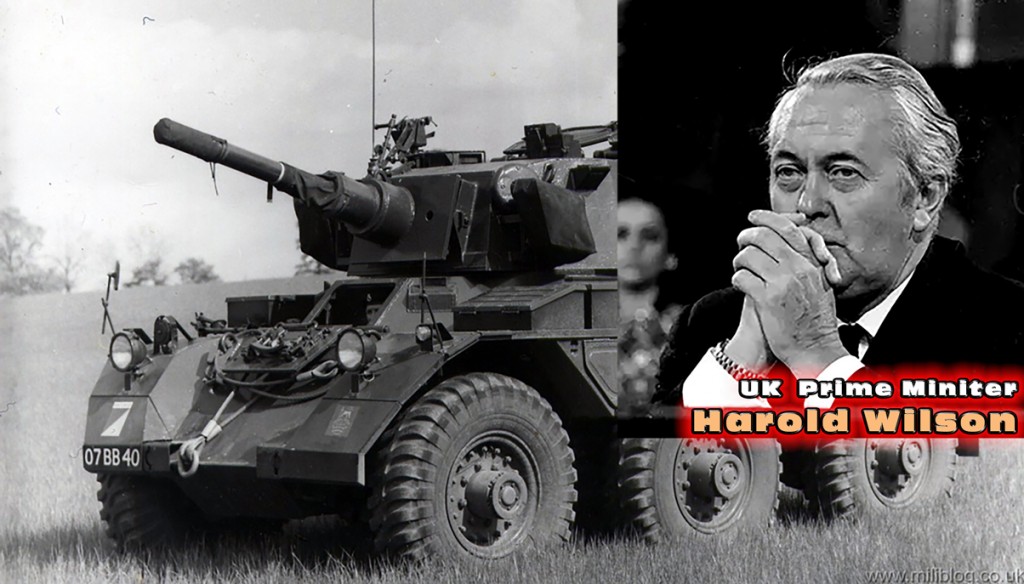 While the UK Government of Mr. Harold Wilson lied to the Parliament and his fellow citizens, it surreptitiously supplied lethal weapons to intensify the siege and genocide on Biafrans. Saladin armored cars tilted the ground skirmishes decisively against the poorly equipped Biafran defenders.

But things had changed. British covert interference had become huge. Weapons and ammunition poured in quietly as Whitehall and the Harold Wilson government lied and denied it all. Much enlarged, with fresh weapons and secret advisory teams, the Nigerian army inched across Biafra as the defenders tried to fight back with a few bullets a day. Soviet Ilyushin bombers ranged overhead, dropping 1,000lb bombs on straw villages. But the transformation came in July.

That same July, the Daily Express cameraman, David Cairns, ran off a score of rolls of film and took them to London. Back then, the British public had never seen such heartrending images of starved and dying children. When the pictures hit the newsstands, the story exploded. There were headlines, questions in the House of Commons, demonstrations, marches.

As the resident guide for foreign news teams, I became somewhat overwhelmed. But at last the full secret involvement of the British government started to be exposed and the lies revealed. Wilson came under attack. The story swept Europe then the US.

Donations flooded in. The money could buy food – but how to get it there? Around year’s end, the extraordinary Joint Church Aid was born.

The World Council of Churches (WCC) helped to buy some clapped-out freighter aircraft and gained permission from Portugal to use the offshore island São Tomé as a base. Scandinavian pilots and crew, mostly airline pilots, offered to fly without pay. Joint Church Aid was quickly nicknamed Jesus Christ Airlines. And thus came into being the world’s only illegal mercy air bridge.

On a visit to London in spring 1969, I learned the efforts the British establishment will take to cover up its tracks. Every reporter, peer or parliamentarian who had visited Biafra and reported on what he had seen was smeared as a stooge of Biafra – even the utterly Honorable John Hunt, leader of the Everest expedition.

Throughout 1969, the relief planes flew through the night, dodging Nigerian MiG fighters, to deliver their life-giving cargoes of reinforced milk powder to a jungle airstrip. From there trucks took the sacks to the missions, the nuns boiled up the nutriments and kept thousands of children alive.

More than two million children, pregnant mothers and the aged died from malnutrition & disease in civil-war Biafra. The abundant supply of British weapons was deployed in enforcing complete land, air and maritime blockade of Biafra that caused mass starvation and death.

Karl Jaggi, head of the Red Cross, estimated that up to a million children died, but that at least half a million were saved. As for me, sometimes in the wee small hours I see the stick-like children with the dull eyes and lolling heads, and hear their wails of hunger and the low moans as they died.

What is truly shameful is that this was not done by savages, but aided and assisted at every stage by Oxbridge-educated British mandarins. Why? Did they love the corruption-riven, dictator-prone Nigeria? No. From start to finish, it was to cover up that the UK’s assessment of the Nigerian situation was an enormous judgmental screw-up. And, worse: with neutrality and diplomacy from London, it could all have been avoided.

Biafra is little discussed in the UK these days – a conflict overshadowed geopolitically by the Vietnam war, which raged at the same time. Yet the sheer nastiness of the British establishment during those three years remains a source of deep shame that we should never forget.

• Frederick Forsyth is a former war correspondent and an author