Below is a report on the position of the Yoruba Assembly on the question of Self-determination, the clamor for restructuring and the pre-conditional imperative of Regional Referendum to first decide on further participation in the failed union of Nigeria.

This Internal Regional Referendum (IRF), according to the Assembly, is the first step towards any meaningful discussions on the Restructuring of Nigeria.

The LNC fully endorses this Yoruba Assembly position which is in accord with position of the MNN alliance articulated in the MNN Lagos Declaration of June 30th, 2011 on the Nigeria question, from which emanated the MNN Broken Map of Nigeria. 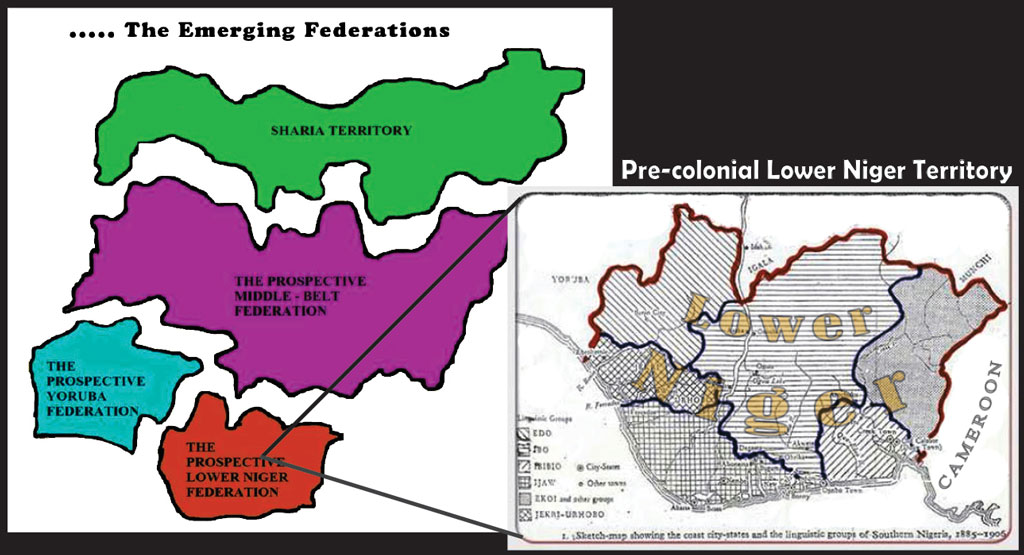 (The MNN alliance consists of aggregated Self-determination initiatives of the Lower Niger Territory, the Yoruba Territory and the Middle Belt Territory. The LNC is a co-convener of the MNN).

Here is the report as copied from ThisDayonline:

The Yoruba Assembly, an umbrella platform for all sociopolitical groups in the Southwest, yesterday asked the Federal Government to consider Referendum to enable nationalities constituting Nigeria to decide if they still want to remain together. 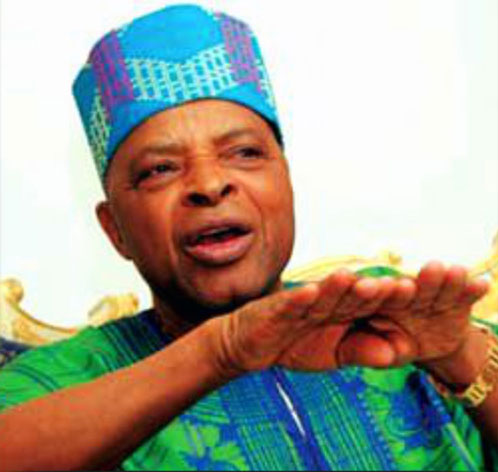 Alani Akirinade is a retired army general & veteran of Nigeria/Biafra civil war. He is a Yoruba nationalist and strong advocate for devolution of Nigeria.

Currently led by Gen. Alani Akinrinade (rtd), the Assembly faulted the claim by the Progressives Governors’ Forum (PGF) that some political usurpers “are hiding under the guise of the legitimate agitation for Restructuring and Self-determination to destabilize the polity is totally untenable.”

These positions were expressed in a communiqué the Assembly formally released yesterday after a consultative meeting it held in Lagos last Saturday, thereby calling for development-oriented governance structure for Nigeria and rejecting all attempts to sustain the 1999 Constitution.

In its five-page Communiqué signed by all its chartered members, the Assembly said it was compelled by the rising tension in the Nigerian political space to convene a consultative meeting, which was held in Lagos, at the heart of the current Cgitation for political Restructuring and Self-determination.

It noted that behind the current agitation “lies the altruistic effort to establish a development-oriented and sustainable governance structure for Nigeria on the one hand, and on the other hand, the objectionable attempt at sustaining Nigeria’s Unitary Constitution by the ruling clique that desire to permanently control the leverage of power in Nigeria for egoistic reasons”.

It affirmed that the modern concept of sustainable development “is a process that must begin with the active consultation and participation of the people – therefore, the need for a Referendum is imminent.”

Citing injustice and inequity arising from what it described as constitutional manipulation in Nigeria, the Assembly unequivocally rejected a statement by the Acting President, Prof. Yemi Osinbajo, that the unity of Nigeria was not negotiable.

The Assembly, therefore, argued that the Nigerian unitary governance system “is outmoded. In this age, every federating unit must be able to pilot its own development affairs in accordance with its pace, sociocultural peculiarities and uniqueness. This is unity that is negotiable.“

“The ongoing methodology of stemming the crisis by the presidency, whilst commendable for, at least, opening a fresh chapter in crisis management in Nigeria, has not provided any window of redress, as it seems only interested in affirming the worn cliché that Nigeria’s unity is not negotiable.“

That statement cannot hold true under a civil setting or democracy. Nigeria’s unity is negotiable. We can negotiate it to remain together or otherwise.

If, however, we choose to remain together, the terms of engagement must be clear and acceptable to all Nigerians.”

Specifically, the Assembly explained that “the unity of Nigeria is negotiable, where unity is defined as shared understanding of the essence of our co-existence within the space called Nigeria.“

“The Yoruba nation is and has always been in thought-leading position on nationhood and we will continue with this leadership behavior, especially at times like this.

Hence, we will not condone, nor engage with any recklessness that is against our core values and essence as a people.“

“We reiterate the need for Restructuring of Nigeria’s governance structure as our minimum demand. In our view, restructuring is desirable and currently inevitable. This must be restructuring on the terms that are attractive to all ethnic nationalities and if necessary, fought for.

At least, we can say so for Yoruba people, but if our reaction had been sublime, that would not be to underestimate its consequence couched in some of the desperation and quest exhibited by the Igbo and the highly charged ultimatum given by the Hausa/Fulani”, the Assembly explained.

It rejected the claim by the PGF that some political usurpers and interlopers “are hiding under the guise of the legitimate agitation for Restructuring and Self-determination to destabilize the polity is totally untenable.”

It lamented the inability of the ruling All Progressives Congress (APC) “to stay true to its manifesto tenets on restructuring which is not helpful as it raises questions about their trustworthiness and of this government, in itself, regarding adherence to principles and fundamental values and ethos.”

Piecemeal Amendments of the 1999 Constitution Are No Longer Acceptable.”

The Assembly, therefore, called on the international community, particularly the British and United States governments, that in their interventions, they work towards only a truly sustainable federal democracy in Nigeria. The Assembly equally called on the governors of all Southwest states and Houses of Assembly to take proactive steps by initiating dialogues and consultations among their people. According to the Assembly, we are watching them and when the time of reckoning comes, we shall know those who for selfish reasons and love of office refuse to stand by their people. It, also, urged all traditional rulers in the Southwest geopolitical zone “to begin consultative processes,” as the existing situation behooves on them to take certain culturally sanctioned authority to protect their domains.“

“As it is our culture, the Yoruba Assembly will begin a consultative process with all Yoruba people, including conducting an internal referendum and their decision will determine the next steps“.

“We will take this proactive step to avoid the consequences of the current senseless war-mongering. It is our position and advice that all other ethnic nationalities conduct similar consultative and engaging process among their peoples.”

(The convener of the Yoruba Assembly, Rtd. Lt. Gen. Alani Akinrinade, is a former Nigerian Chief of Army Staff, a senior field combatant in the Nigerian-Biafra war, a key leader of NADECO and a co-convener of the Movement for New Nigeria (MNN), on behalf of the Yoruba component.)