LNC – USA is a District of Columbia-registered nonprofit corporation created by certain members of the US Nigerian Diaspora population as the face of the Lower Niger Congress (LNC) in the United States, in particular and entire North America, in general. LNC is a social activist organization whose primary focus is to facilitate the speedy actualization of the unquenchable desire by the indigenous peoples of the Lower Niger to assert their inalienable right to determine their own fate, by themselves, in their own ancestral domain consistent with the 2007 United Nations Declaration on the Rights of Indigenous Peoples (UNDRIP). LNC-USA serves the interests of millions of indigenes of the Lower Niger who are domiciled in the North American Diaspora and also projects the positive image and agenda of the LNC to the whole world, particularly the United States, Canada, Mexico and the Caribbean.

Our Goals and Objectives

1. Profess, articulate and project the principles of self-determination, as enunciated by UNDRIP, which is the raison d’être of the LNC.

2. Provide the operational platform through which millions of indigenous peoples of the Lower Niger domiciled in the North American Diaspora can enlighten their kith and kin living inside Nigeria in the revival of authentic African cultural pride, democratic governance, social justice, respect for law and due process as well as in reinforcing their reliance on education and hard work as the veritable pathway to attaining economic prosperity and development.

3. Act as the lead instrument for mobilizing material and diplomatic support for the LNC and all its operations throughout North America and the Caribbean basin.

The Lower Niger encompasses the Niger River delta and the contiguous landmass that straddles this big African inland waterway as it empties into the Atlantic Ocean. Containing the delta of a mighty river system, the Lower Niger is naturally blessed with rich and highly productive agricultural lands as well as an abundance of freshwater supply. The land space is populated by ethno-political and cultural groups which have co-habited same territory for millennia in relative peace, tolerance and mutual respect for each other. The Lower Niger also coincides with the epicenter of crude petroleum deposits whose exploitation, within the past 50 years, has propelled the Nigerian domestic economy to become Africa’s largest.

All its many rich natural endowments notwithstanding, the indigenous peoples of the Lower Niger comprise the most socioeconomically deprived and politically marginalized citizens of contemporary Nigeria. The territory lacks necessary economic infrastructural development, industrial manufacture, societal amenities etc despite the fact that the Lower Niger has been the goose which has laid the metaphorical golden eggs for Nigeria in the last half a century. Since conclusion of the 30-month Nigerian Civil War (1967-1970), Nigeria’s official policies have relegated the Lower Niger to an economic wasteland with near-total absence of maritime commerce beyond the export of crude petroleum products.

Due to lack of adequate oversight, the multinational oil companies operating throughout the Lower Niger and associated coastal waters have despoiled and desecrated the indigenous peoples’ ancestral lands and living space through massive and widespread pollution of the environment by daily oil spills and gas flaring. Agricultural and residential lands in the hinterland are devastated by the combined scourges of widespread deforestation and resultant top-soil and gully erosion. Gross environmental mismanagement and decay impede/retard the Lower Niger’s progress.

Prompt implementation of the aims and objectives of LNC-USA shall, hopefully, enable indigenous peoples of the Lower Niger to cope with and overcome their compounded existential problems, summarized above, through its enlightenment campaigns among the target population. Most important, manpower and material resources shall be identified, sought after and mobilized from indigenes of the Lower Niger in the American Diaspora and channeled toward mitigating the social, political, economic and environmental quandary which combine to retard the deserved advancement of the target population within Nigeria, in particular and elsewhere nationwide, in general.

LNC-USA believes that all indigenous people of the Lower Niger region of the current Federal Republic of Nigeria have the inalienable right to self-determination as saliently provided for in the 2007 United Nations Declaration on the Right of Indigenous Peoples (“UNDRIP”). This belief is anchored by the logic that the most courageous act is still to think for yourself, and to never be bullied into silence. Never allow yourself to be made a victim. Accept no one’s definition of your life, but define yourself.

I used to believe in one Nigeria, but the level of corruption and neglect has caused me to re-think a centrally controlled government, where the ordinary citizen has no real voice. The ability of each Nigerian state to manage their own resources and affairs will significantly increase accountability and reduce corruption.

America was born out of a desire for self-determination, a longing for the human dignity that only independence can bring.

I believe that each Nigerian state or region should have self-determination and autonomy, like in the United States. After all, that is how a “Federal Republic” should operate.

There are both things in international law: the principle of territorial integrity and right to self-determination. 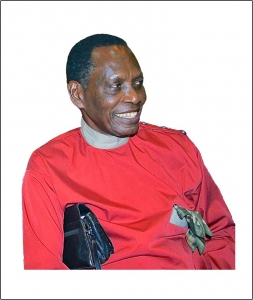 Fred Agbeyegbe, Esq.President, Lower Niger Congress
Mr. Agbeyegbe is a seasoned legal professional and quintessential playwright who lives in Lagos, Nigeria. He hails from the Itsekiri ethnic minority which inhabits the western end of the Niger River Delta. He is a proud Itsekiri man who resents being diminished by anyone or group simply because he belongs to an ethnic nationality that may not be as populous as the rest out there. His being at the head of LNC lends credence to the Congress’ claim to be the arrowhead of the Lower Niger Self-Determination Movement.
Get In Touch 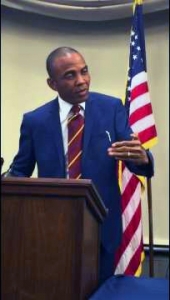 Tony Nnadi, Esq.Secretary General, Lower Niger Congress
Mr. Nnadi is an experienced legal practitioner who resides in Lagos, Nigeria. He hails from the Igbo ethnic nationality which lies in the geographical hub of the Lower Niger territorial landmass. Mr. Nnadi has worked with other political activist groups within the country like NADECO, PRONACO, Movement for New Nigeria (MNN) which share similar beliefs in right to self-determination for all indigenous peoples whose ancestral homelands comprise Nigeria.
Get In Touch 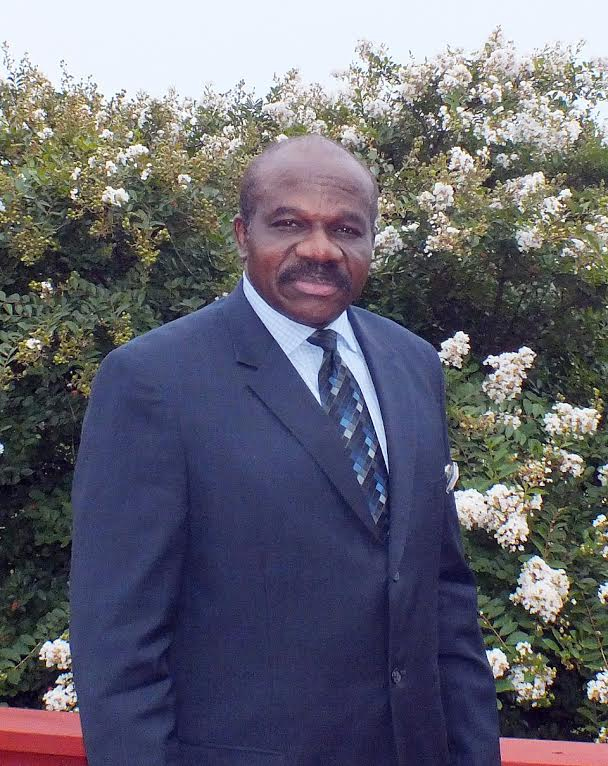 Okenwa R. Nwosu, M.D.Chairman, Lower Niger Congress - USA
Dr. Nwosu, a medical doctor, lives in the Maryland suburb of Washington, DC, USA. He is the Chairman of Lower Niger Congress – USA (LNC-USA). Dr. Nwosu is a tenacious advocate for the right of the indigenous peoples of the Lower Niger to determine their own fate by themselves without interference or imposition by external interests.
Get In Touch 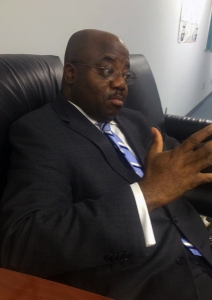 Paschal C. Ukpabi, Esq.Executive Director, Lower Niger Congress - USA
Paschal C. Ukpabi, Esq., the Executive Director of LNC-USA, is a legal practitioner who lives in Detroit, Michigan, USA. He is a powerful and consistent protagonist for the right to self-determination of all the indigenous peoples of the Lower Niger, in particular and other parts of Middle Belt and beyond, in general.
Get In Touch

LNC is a social activist organization whose primary focus is to facilitate the speedy actualization of the unquenchable desire by the indigenous peoples of the Lower Niger to assert their inalienable right to determine their own fate, by themselves, in their own ancestral domain consistent with 2007 UN Declaration on the Rights of Indigenous Peoples (UNDRIP)